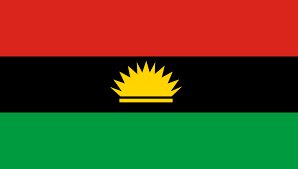 Religion: Christianity and other indigenous beliefs

Biafra is an African nation of about 65 million people located in the south-east of present-day Nigeria that existed prior to the advent of colonialism in the continent. As an independent state, Biafra carried out its trade and commerce with other neighboring countries before its forceful Amalgamation with the Northern and Western Parts of the Republic of Nigeria. Biafrans also briefly enjoyed a spell of independence between 1967 and 1970 when they unilaterally declared secession. However, this resulted in a deadly civil war that killed almost 2 million people (most of who were young children) who died of starvation.

Nowadays its territory is divided in the federal states of Cross River, Ebonyi, Enugu, Anambra, Imo, Bayelsa, Rivers, Abia, and Akwa Ibom. The region is inhabited principally by Igbo people, along with other minorities such the Efik, Ogoni, Ijaw, Anaang, Ibibio, Idoma and Igala. Igbo is the main vernacular, albeit English, the official language of Nigeria, is also widely-spoken. Biafra comprises an area of over 30,000 square miles, which is well-watered throughout the year, and historically did not include Ogoniland, with the UNPO's Ogoni member not seeking to join Biafra.

It lies to a large extent in the basins of the Niger River, the Cross River, the Kwa River and the Imo River as well as has access to the Gulf of Guinea. Economically, politically and socially, the situation in the region is alarming, being the lack of infrastructure, widespread unemployment, inadequate representation, insecurity, restrictions on freedom of expression and youth hopelessness the main concerns.

Nigeria is a country deeply divided along ethnic, linguistic and religious lines, which were exploited by the British under their divide and rule strategy. On the 1st of January 1914, Frederick Lugard, the governor of both northern Nigeria Protectorate and the Colony and Protectorate of Southern Nigeria signed a document that merged the two entities creating the Colony and Protectorate of Nigeria. This operation is commonly known as the Amalgamation of Nigeria, in which ethnic diversity was not considered, and numerous of tribes were gathered under the same national flag. Nigeria is one of the most multicultural states in the world, with over 500 languages being spoken.

The three major nationalities of Nigeria were and still are the Hausa-Fulani, the Yoruba and the Igbo, which are very distinct in tradition, culture, history, political system and religion. The Muslim Hausa-Fulani from the North functioned in a hierarchical society, obeying to a Sultan. The Yoruba´s social structure, in the southwest, consisted of monarchs and they had about 50% Christians and 50% Muslims. The mostly Christian Igbo people, located in the southeast, were chiefless, living in six autonomous entities where people gathered for decision-making.

British imperialism handed power and political prominence to the Hausa-Fulani and equipped them militarily, marginalizing the other existing communities and treating them as second-class citizens. This advantaged position made the northern elites reluctant when most of the country craved independence, as they feared losing their privileges. After securing the maintenance of the colonial structures in the future independent Nigeria, they agreed to pursue political freedom.

Nigeria was granted independence on 1 October 1960, and the new constitution established a federal system with three political regions corresponding to the main three nationalities: Northern Region, Western Region and Eastern Region. As the northern region was by far the largest constituency, the Hausa-Fulanis managed to control the federal government and the state. The current regional distribution of 36 states was approved in 1996.

Biafrans began to leave their homeland in large numbers to settle in several places among the Hausa-Fulani in the North and the Yoruba in the West. In those areas they opened up new avenues of commerce and industry and at the same time built new homes and erected places of worship and institutions of learning. In the mid-1960s, Nigeria’s long-standing regional stresses, caused by ethnic competitiveness, educational inequality, and economic imbalances, came to the fore soon, resulting in animosity between the groups. All these tensions culminated in a military coup in January 1966 led by the Igbo general Johnson Aguiyi-Ironsi. Prime Minister Balewa and two of the regional premiers were murdered, which exacerbated the hate against Igbos. On June 1966, northern soldiers organized a countercoup, resulting in the death of numerous easterners, including Aguiyi-Ironsi.

In the three months following the coup resentment against the more prosperous Igbo minority erupted into violence. An estimated 10.000 to 30.000 Igbos living in the North were attacked, killed and robbed by local mobs. Fearing for their live, over 1 million Igbos fled back to their homeland, leaving back jobs, businesses and even family members. The deluge of refugees in the Eastern Region created a difficult situation.

Extensive negotiations to come to an agreement took place between representatives of all territories, albeit no consensus was reached. On 30 May 1967, the head of the Eastern Region, Odumegwu Ojukwu, declared the area a sovereign and independent republic under the name of Biafra. Celebrations were short-lived, as General Yakubu Gowon, the leader of the federal government, refused to recognize the newly-established republic and war was declared to Biafra.

The Nigerian Civil War was a fratricidal full-blown conflict fought between the government of Nigeria and the people of Biafra from the 6th of July 1967 to 15th of January 1970. It was one of the bloodiest and most divisive conflicts in post independent Africa that killed almost 2 million Biafrans. Eastern troops were at first successful, but soon the federal government military surrounded the region. Moreover, an economic blockade was imposed on Biafra, which prevented the flow of food and munition supplies from entering the region by air, land and sea. This caused an unprecedented famine and hundreds of thousands of starving Biafran minors died. The photos published in foreign newspapers shocked the world and shaped the image of the African-starving child. Many in the southeast declare they have never received justice for the people killed during the war.

In early January 1970, the Biafran secessionists surrendered and Odumegwu Ojukwu fled to the Ivory Coast. Millions of Biafrans remained homeless, unemployed and bankrupt. Easterners holding Biafran Pounds, the currency adopted by the region when it declared independence, were left in a very precarious situation, since the State decided to award them just 20 Nigerian Pounds, regardless of how much money they had in their bank account. This policy was seen as an attempt to cripple the Biafran economy. Moreover, a controversial Nigerian Enterprises Promotion Decree was approved in 1972, which forced all foreign owned companies operating in Nigeria to sell a proportion of their shares to Nigerian citizens. The region was also heavily exploited by the Nigerian military through military roadblocks, which extorted around $100 million every year.

Despite the promise of ‘no victor, no vanquished’ treatment at the end of the war, Biafrans have consistently and systematically been subjected to economic, political and social strangulation by Nigeria. More than 50 years after the war, the circumstances that led to it are still prevalent, since the ethnic tensions are not still resolved. This has led to marches and protests in recent years, in which demonstrators demanded full self-rule for the region.  Some of them were met with repression, arrests and violence committed by the Nigerian defense forces. In this regard, Amnesty International denounced in 2016 a chilling campaign of extrajudicial executions and violence, that resulted in the death of at least 150 peaceful pro-Biafra protesters.

Recent secessionists endeavors in Catalonia and Scotland have galvanized the self-determination movement in Biafra and many groups are currently advocating for an internationally recognized binding referendum. However, as of today, the Nigerian administration states repeatedly that national unity is not negotiable.

Biafra is represented at the UNPO through the Biafra Independence Movement-Movement for the Actualization of the Sovereign State of Biafra (BIM-MASSOB), which is an umbrella non-violent secessionist organization formed for the purpose of achieving Independence for the Eastern part of present-day Nigeria. It was founded in 1999 by the Indian trained lawyer Ralph Uwazuruike and its headquarters are located in Owerri, the capital of the Imo State. Its mission is to bring the case of Biafrans to the full knowledge of the United Nations and other international bodies in order to make their voice heard and have their freedom restored. At present, the BIM-MASSOB runs an Internal Government for the people of Biafra, as well as organizes seminars, public lectures, memorials and celebrations, among others.