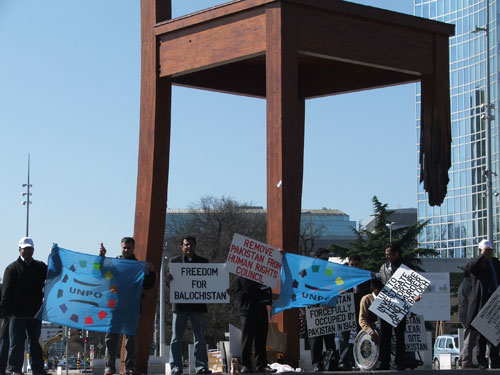 The Baloch people are currently suffering from severe human rights violations including enforced disappearances, extra-judicial killings, and detention without trials, subjected to indiscriminate force as well as forced displacements.

Alongside meeting with various UN member states missions, UNPO and the Baloch community have also demonstrated in Geneva to highlight the current situation of the Baloch people in Greater Balochistan.

In a memorandum released ahead of the demonstration, the UN and the wider international community was urged to ‘do its utmost to stop the unlawful assault of the Baloch people’, in order to stop a whole nation being ‘systematically… being wiped out by the Pakistani and Iranian state through cultural, economic, political and military aggression.’

The UN are being called upon to establish a fact-finding mission to investigate the human rights violations, to bring perpetrators to justice and to halt the acts of aggression against the Baloch people. 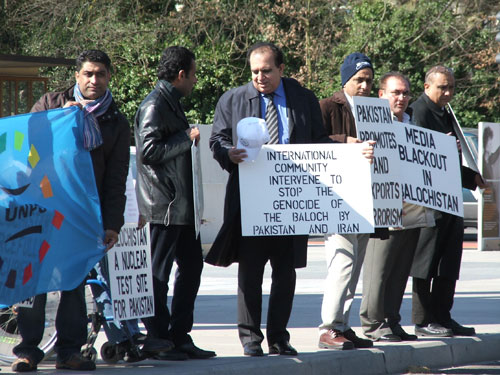 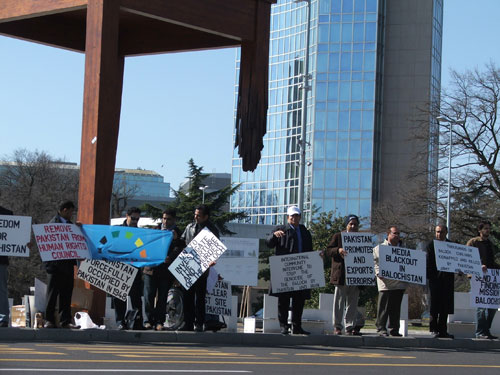