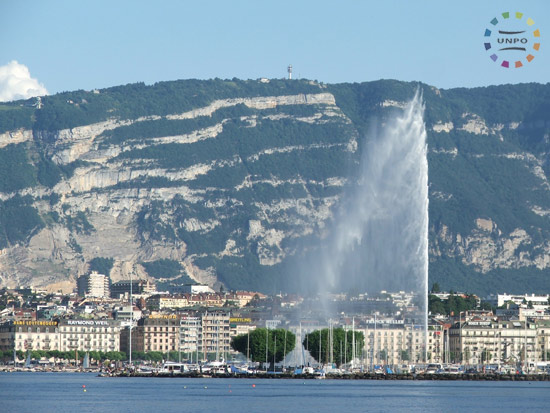 UNPO Members in Geneva for the Universal Periodic Review of Iran highlight the key issues effecting their people and Iranian minorities as a whole.

In advance of the first ever examination of the Islamic Republic of Iran under the Human Rights Council Universal Periodic Review, 4 UNPO Members draw attention to institutionalised injustice and discrimination.

UNPO Members representing Iranian Kurdistan, Al-Ahwaz, Southern Azerbaijan and Balochistan will address Permanent Missions, international institutions and NGOs on Friday 12 February 2010 during a seminar at the Human Rights Council. The event held in collaboration with Interfaith International, is set to draw attention to the disproportionate discrimination and rights abuses suffered by Iranian minorities in advance of Iran’s inaugural examination under the Human Rights Council Universal Periodic Review (UPR) next week.

Mass protests take place around the world today [February 11 2010], to denigrate the 31st anniversary of the Iranian Revolution in light of the increasing restrictions on rights and freedoms experienced over the last three decades and fostered by ongoing resentment over the disputed nature of the 2009  Presidential elections.

Last year’s elections pushed civilian uprise and protest within Iran onto the front pages worldwide. Most media outlets failed to notice however that a significant proportion of the Iranian population had already made their political statement before the ballot boxes had even opened. Many minority communities boycotted the election process once their preferred candidates were officially excluded or forced to withdraw their candidature.

Iran’s population is a religious, political, linguistic and ethnic mosaic. Unfortunately, the geographical location of the population in the peripheries is matched by cultural, linguistic and political marginalization and low socio-economic indicators. In the seminar, UNPO Member representatives will highlight the commonalities in their struggles and importantly provide recommendations to reduce inequality between groups and lessen resentment and distrust of central authorities.

Iran’s 3 hour examination by other States takes place on Monday February 15 2010 and later this year Iran will accept recommendations to improve their human rights record over the following four years. UNPO Member representatatives have been meeting with Permanent Missions to ensure Article 19 of Iran’s constitution which states that all people of Iran “enjoy equal rights; and color, race, language, and the like, do not bestow any privilege” becomes more than ink on paper.

On a positive note, a resolution adopted yesterday (10/2/2010) by the European Parliament, called on Iran to make substantial efforts to improve its human rights record and made explicit references to UNPO members; Iranian Kurdistan, West Balochistan, Southern Azerbaijan and the Ahwazi. The adoption of this resolution is an encouraging signal that the international community is aware of the minority issues within Iran and is willing to help provide a panacea for the problem.