On 16 April 2015, the Mauritanian diaspora in Brussels staged a second demonstration in front of the European Parliament demanding the release of Biram Dah Abeid, President of the Initiative for the Resurgence of the Abolitionist Movement (IRA-Mauritania), and other anti-slavery activists, including Djiby Sow, President of NGO Kawtal, from the prison in Aleg, Mauritania.

The demonstrators denounced the arbitrary arrests of anti-slavery activists in Mauritania and the daily human rights violations taking place in the country. In addition, while expressing their gratitude for the 18 December 2014 urgent resolution on Mauritania and the case of Biram Dah Abeid, they urged the European Parliament to take further action to pressure the Mauritanian Government to eliminate slavery by issuing a letter to Members of the European Parliament. UNPO as well as the Walk Free foundation participated in the demonstration in solidarity with the Mauritanian anti-slavery activists.

Letter to Members of the European Parliament:

Distinguished Members of the European Parliament,

The adoption of the 18 December 2014 urgent resolution on Mauritania during the plenary session of the European Parliament in Strasburg has brought great support to the abolitionists and defenders of human rights in Mauritania.

Thanks to this support, the international community has not shied away from promptly answering calls from activists faced by the intransigence of the Mauritanian slave state due to their demand for justice for victims of slavery. Moreover, you have given the activists the support they need to remain committed to their struggle and be able to envision a united Mauritania standing for equality and tolerance.

Since its early days, IRA Mauritania, under the leadership of Mr Biram Dah Abeid, has only been demanding that both national and international law, which require the abolition of certain norms stemming from a wrongful and pro-slavery interpretation of the Quran, as laid down in the local version of the Maliki Code, be applied in Mauritania. It is regrettable to realise how profound the contradictory policies of successive Governments in Mauritania have become, with the Government ratifying UN treaties while at the same time maintaining an automatic reservation giving priority to Sharia law.

IRA President Biram Dah Abeid has always underlined the necessity for a national dialogue on issues that remain taboo in Mauritania, while pursuing a strictly non-violent in order to maintain contact with the adversary, thus guaranteeing civil peace. However, the regime of Mauritanian President, Mohamed Ould Abdel Aziz, has chosen violence to fight against our movement, imprisoning and detaining our leaders.

Despite the abuses of the regime, our movement wishes to reassure you that its strategy of listening, persuading and interacting with others has not changed. We remain committed to our pacific method of discussing the changes needed to eradicate slavery and its consequences in a society that should be secular, free and diverse; and freed from the violence, sexism and xenophobia that is currently being spread by Wahhabi movements in Mauritania. The most recent manipulation of public opinion on the question of slavery took place in March 2015 when a FATWA was published, upon request of the regime, by the association of Ulamas (scholars). This Fatwa, which represents an insult to the dignity and intelligence of mankind, confirms the existence and legality of slavery according to the school of Islam practiced in Mauritania and requires that slave masters are compensated if their slaves are freed. 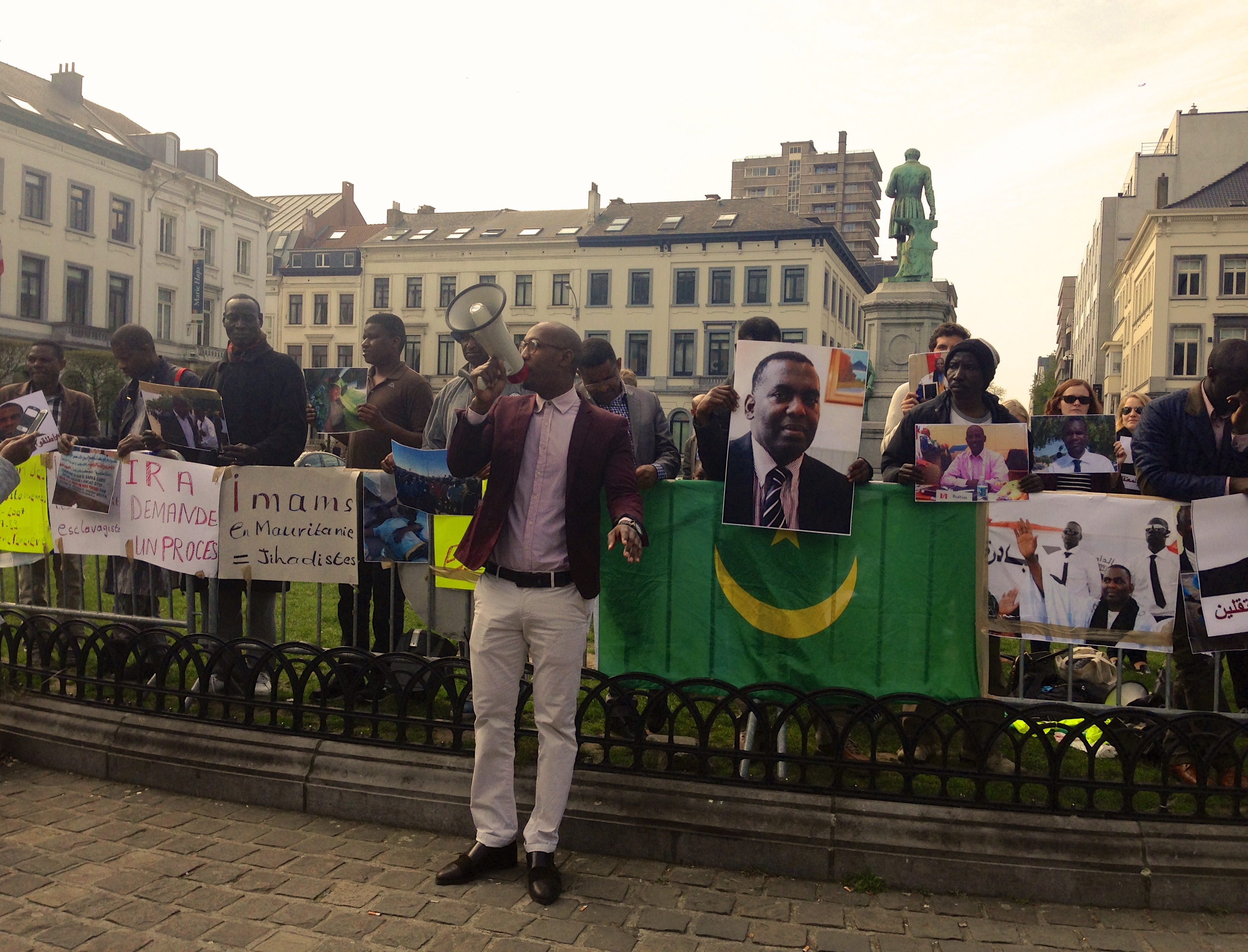 We remind you that today, the issue of slavery is a potential source of instability in Mauritania. However, it is not the only one: corruption; pillage of available resources by the military and security forces; tribal favouritism; and the spreading of jihadist ideas with the complicity of the State further add to the country’s vulnerability.

Today, on behalf of all the leaders and abolitionist activists of IRA Mauritania, we ask for your support in order to reinforce our efforts towards the instauration of equity and stability in our country, within the framework of an ambitious partnership with the European Union; in the name of sovereignty for all human beings; against religious radicalism and obscurantism. In this regard, we reconfirm our wish to see you lead negotiations with the Mauritanian authorities, under the supervision of relevant bodies of the international community.

We ask for the implementation of laws criminalizing slavery and the instauration of justice, equality and democracy.

We ask for awareness-raising campaigns on slavery and its consequences in Mauritania.

We also truly wish to denounce the fact that the power in place wants to hold Biram Dah Abeid and his friends’ appeal trial in the city of Aleg, which confirms that the system remains outside of what is considered legal.

The activists of the abolitionist movement "IRA-Mauritania" active in the coordination with Europe.