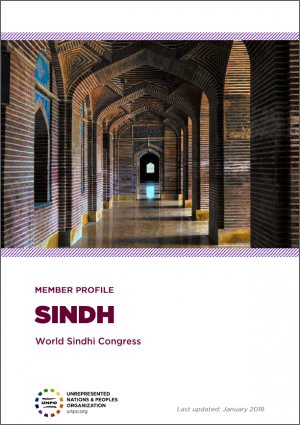 Language: Sindhi, Urdu and English are the official languages of Sindh

The World Sindhi Congress (WSC) is committed to bringing the world's attention to the persecuted status of Sindhis in Pakistan and the Sindhi people’s struggle for human rights, including the right to self-determination.

WSC adheres to the principles of nonviolence, democracy, separation of state and religion and nuclear disarmament. Being based in the UK, USA, Canada and Sindh, the UNPO member brings together Sindhis of all religious and geographical backgrounds, supporting in a proactive and progressive movement the fight for human rights and opposing environmental atrocities along the Indus River.

WSC believes that societal stability and sustainability can only be established in Sindh with the help of an empowered and resilient civil society that is based on equality for women and allows for the free expression of the Sindhi culture and language. 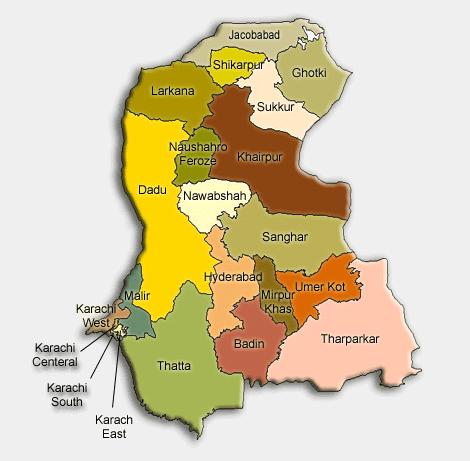 Sindh forms Pakistan’s most southeastern province, located on the northern shore of the Arabian Sea, girdling the fertile lower reaches of the Indus River over almost 41,440 km² and bordering the Pakistani provinces of Punjab and Balochistan to the north and the west, and the Indian states of Rajasthan and Gujarat to the east and southeast. Sindh has a population of over 47.88 million.

The people of Sindh are suffering from a variety of widespread and severe human rights violations – including but not limited to in enforced disappearances, extrajudicial killings and suppression of religion – perpetrated by Pakistani security forces. In pursuing the suppression of the ethnic Sindhi peoples whom reside in the Sindh region of Pakistan, authorities often utilize the practice of enforced disappearances. Reports have confirmed that not only do enforced disappearances persist, but shockingly more than 14,000 persons remain missing and unaccounted for in Pakistan. In addition to failing to address enforced disappearances in its national policy, Pakistan has also yet to follow through on its commitment to the UN Convention Against Torture. Suppression of religion is frequent in Sindh through the intensification of State violence using Islamic militancy against non- Muslim and Muslim non-Sunni sects has been especially alarming. According to some sources there have been as many as 20,000 new madrassas opening in Sindh during the last few years, which teach intolerance and bigotry towards non-Muslim beliefs.

Another particular recipient of human rights violations are girls and women, who suffer from forced conversions. According to a report from the Human Rights Commission of Pakistan, 20 or more Hindu girls are abducted and converted every month in Pakistan. The two most common methods used for such forced conversion are bonded labor or forced marriage. The Sindh region is also living through environmental conflict with man-made changes in weather patterns. Rising sea levels and potential flooding from new glacial lakes, make an environmental disaster probable. Lastly, the Sindh region faces unprecedented poverty, a tragic reality as the province accounts for 70% of the country’s productivity. Additionally, Sindh are experiencing the negative externalities of closer Pakistan-China economic ties, particularly under the China-Pakistan Economic Corridor (CPEC). Through the CPEC, ten highly polluting coal power projects are to be built, and heavy handed aggressive security forces from China and Pakistan continue to isolate the Sindh people from any participation.

For more information on the Sindh, including: