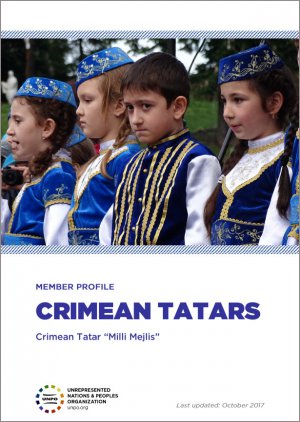 Status: Autonomous Republic of Crimea, Ukraine (illegally annexed by the Russian Federation in 2014) 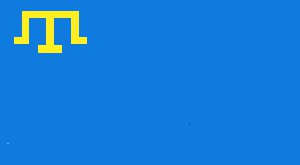 Before the Russian annexation in 2014, Crimea was a parliamentary republic which was governed by the Constitution of Crimea, under the official rule of the Government of Ukraine. Following the contested referendum in March 2014, Crimea became part of the Russian Federation. The outcome is still not recognized by the international community: the Autonomous Republic of Crimea has become a de facto Russian republic. The administrative seat of the republic’s government is Simferopol, which is located in the centre of the peninsula.  The main branches of the Crimean economy are tourism and agriculture. However, land generates a lot of tension between the Crimean Tatars and other local populations, who are often better represented than the non‐participating Crimean Tatars. As a result, Crimean Tatars often face problems with unemployment, access to language, housing, sanitation and overcrowding. Since Moscow’s annexation of the Peninsula human rights violations against the Crimean Tatars have been on the rise.

For a long time, Crimean Tatars have been discriminated by ethnic Russian living in the Peninsula. However, after the invasion of Crimea by Russia in 2014, the ethnic discrimination has turned into institutionalised persecution. Although international economic sanctions were imposed on Russia for its ‘illegal’ occupation of Crimea, Moscow ratified a treaty declaring its annexation ‘legal’. This has left Crimean Tatars in a precarious and dangerous position: accept the de facto control of Russia in the region, along with its diminutive view of the Crimean Tatar people, or flee their home. Thousands have already chosen the latter option, fleeing to Ukraine, Turkey, Poland and elsewhere in order to avoid oppression at the hands of the annexation authorities.

Russian authorities have been accused of using disproportionate and excessive force against Crimean Tatars who they claim to be a threat to regional security. Searches and checks are regularly carried out by armed forces and masked members considered to be agents of Russia. These agents have been involved in the systematic undermining of Crimean Tatar political, religious and cultural identity; attacking and banning the Mejlis (House of the Tatar representatives), religious institutions, businesses and private residences. Many people are drawing parallels between the current Russian regime in Crimea and the Soviet Union under Stalin with regards to its treatment of and tactics used against Crimean Tatars. Enforced disappearances, abduction, forced exile and systematic intimidation have been used against the Tatars in a bid to destabilise their position on the Peninsula. 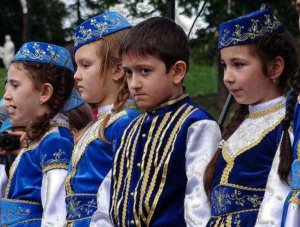 The Crimean Tatars suffer from a shortage in the number of schools and limited access to education. After Moscow’s 2014 annexation of the Ukrainian peninsula the Crimean-Tatar language was accorded the status of a “state” language for the first time in Crimea. Nonetheless, many Crimean Tatars say this official recognition remains largely symbolic, and that it is outweighed by what they call a campaign of systematic repression against the minority ethnic group under Moscow’s rule.  In Crimea, 80% of the media outlets are in Russian. Courses are taught in Crimean Tatar for only the first 4 years, they are then exclusively given in Russian. The deficiency in education opportunities dissuades political participation. A vicious circle forms whereby the Crimean Tatar minority are subsequently less likely to exercise their rights to increase the provision of instruction in their native language.

UNPO has a resolute commitment to the peaceful and nonviolent campaign for recognition of the Crimean Tatar people as an indigenous people of Crimea, for the full restoration of rights, including their inalienable right to restore the national territorial autonomy of the Crimea.

UNPO believes that Crimean authorities under the rule of the Russian government should stop breaching the human rights of the Crimean Tatars and should proceed immediately towards the full restoration of their rights in accordance with universally recognized principles of international law. Besides the Mejlis of Crimean Tatar People should be restored as it is the sole and legitimate political representative of the Crimean Tatars.

UNPO promotes the engagement of the international and particularly European community to support the process of restoring the rights of the Crimean Tatars.

For more information on the Crimean Tatars, including: