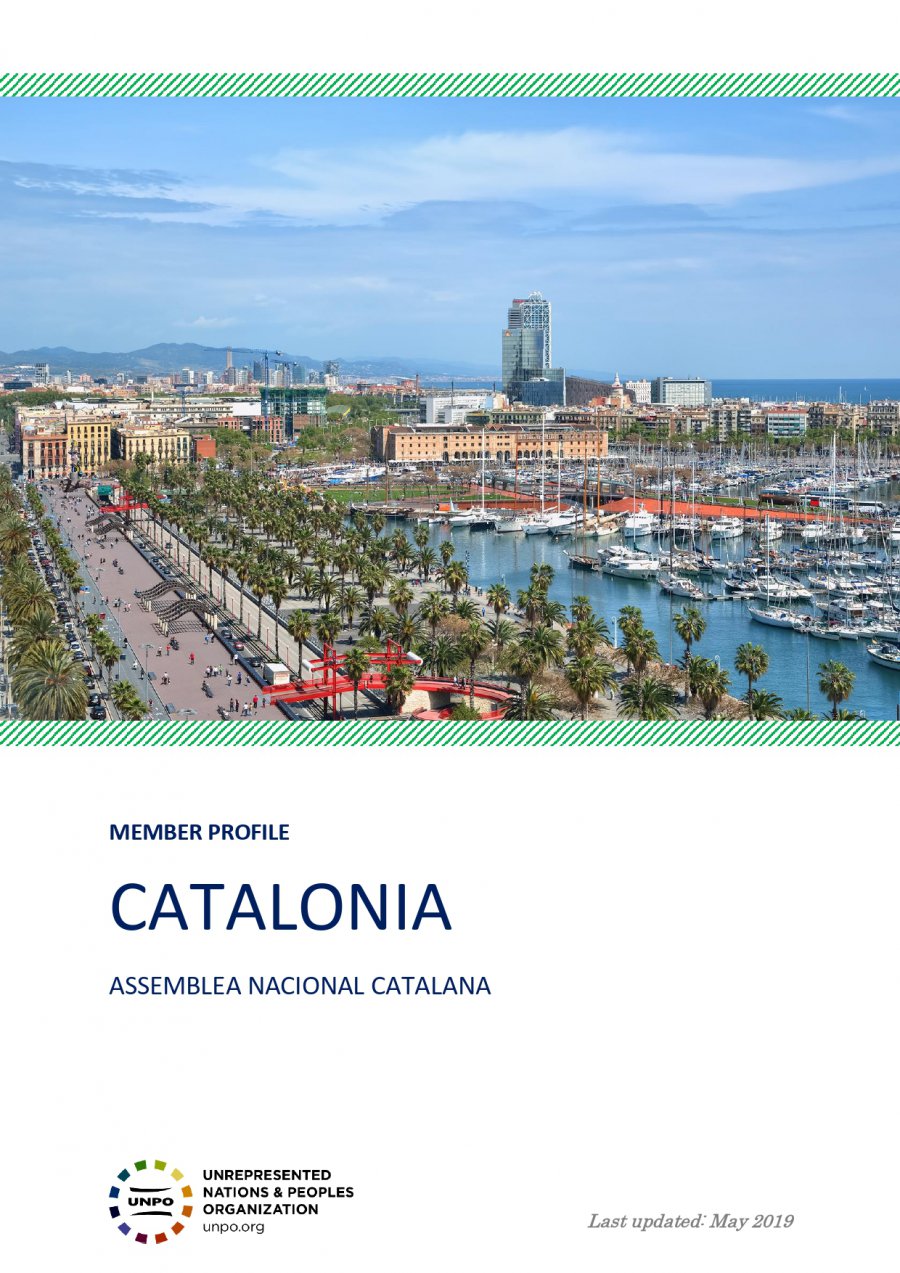 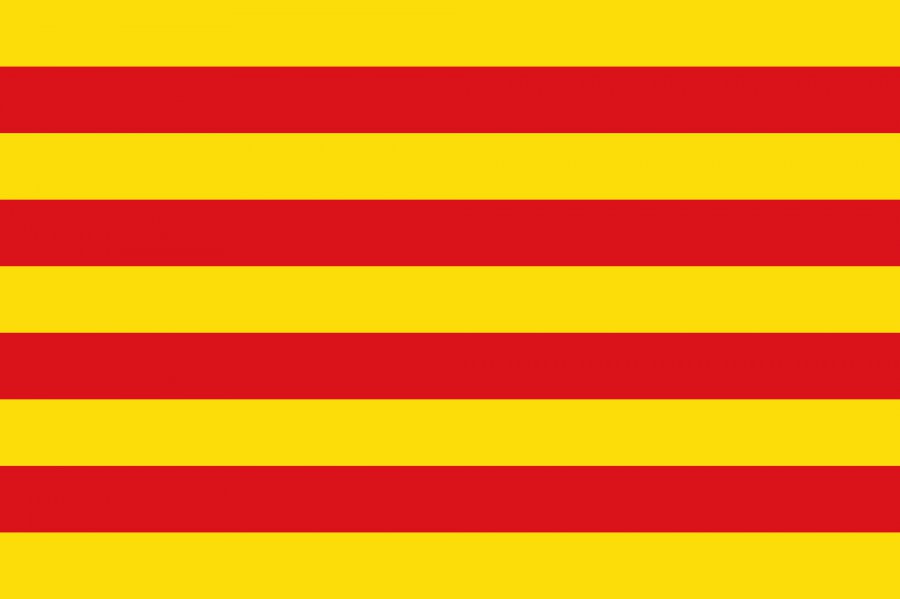 Located in the north-eastern corner of the Iberian Peninsula, Catalonia is currently integrated into the Kingdom of Spain and is composed of 947 municipalities and four provinces (Barcelona, Girona, Lleida and Tarragona). Home to about 7.5 million people who have their own language, parliament, civil law and traditions, Catalonia has further control over some public services and has its own police force. The northern part of Catalonia is currently integrated to France, since 1659.

The capital, Barcelona, is the second most populated city in Spain and is one of the major economic, financial and cultural urban centres in Europe, as well as one of the world’s leading technological, tourist, cultural and trade hubs. It is also an important European transport hub, home to one of the busiest cargo ports in the Mediterranean and the biggest one in terms of cruising activity, as well as the seventh busiest European airport in 2018.

With the 4th highest gross domestic product per capita (GDP) in Spain (after Madrid, the Basque Country and Navarre) in 2017 (Expansión, accessed 12 March 2019), and a national economy equivalent to states such as Denmark (BBC News, 4 October 2018), Catalonia has historically been a trading nation due to its geostrategic location. Nowadays it represents a meeting point for international business, foreign trade and it is leading foreign investment attraction in Spain, having being considered twice the most attractive region in southern Europe for foreign investment (Government of Catalonia, 12 February 2018).

Catalonia also leads on exports, with over €70 billion (2017), representing over a quarter of Spain’s total. Additionally, having received over 18 million foreign tourists in 2016, it is one of the main destinations in Europe, with tourism representing 12% of the region’s GDP (Government of Catalonia, accessed on 12 March 2019). Catalonia is also a research and development hub, with leading science centres in biotechnology, pharmaceuticals and IT technologies and education, with 12 universities and more than 30 international schools (Ajuntament de Barcelona, 2014).

As a result of being geographically open to the Mediterranean and other European countries, Catalonia has a tradition of incorporating foreign philosophy, art and other trends, which has culminated in a culture that is both national and cosmopolitan. fostering two founding principles of Catalan society: tolerance and coexistence.

This country is mainly inhabited by Catalans, having their own history, culture and language. The Catalan language is a Roman language derived from Latin which is only partially recognised by the Spanish state, and currently identified as a dialect in France. This language is also spoken in the region of Valencia, the Balearic Islands, Andorra, Southern France and the city of Alghero.

Throughout history, the Catalan people suffered multiple wars, pillaging, imposition and assimilation by both the Kingdoms of Spain and France. After the death of dictator Francisco Franco, Catalonia has recovered a certain degree of autonomy, but its laws and decisions are ultimately subjected to the rule of the Spanish State, which uses this superiority as political leverage against Catalonia’s will for cultural recognition, self-determination and with this increased powers.

Since the restoration of Spanish democracy, one of the main reasons behind Catalonia's claim for independence has been the lack of power to decide over the region's laws, financial system and general affairs, which is still held by the Spanish State despite Catalaonia's legal framework to operate with autonomy.

In the late 2000s, Catalonia's parliament was working to enhance its self-government through a new Autonomy Statute. This Statute was later validated by a referendum and by the Spanish Congress, but Spanish political parties then considered the new Statute as a threat to the State, therefore starting a political campaign to abollish it, resulting in a 2010 Constitutional Court resolution against it, which drastically limited its power. Catalan civil society then launched a grassroots movement to defend the region's right to self-determination, culminating in the 2010 one million people march on Barcelona under the banner "We are a nation, we decide". Another million and a half-strong mass demonstration was held on the Catalan National Day in 2013, when a human chain for Catalonia's independence united the country from North to South.

In 2013, the Catalan government supported a citizens' legal initiative to vote for Catalonia's independence on 9 November 2014. Due to Madrid's prohibition to vote on this topic, the referendum was organised as a non-binding consultation which resulted in 80% of voters supporting independence. On 9 November 2015, the Catalan parliament approved a declaration that stated its will to start the process to create a Catalan State under the form of a Republic, starting with a referendum to be held on 1 October 2017.

On the day of the vote, the Spanish authorities conducted a violent campaign of forcibly closing down polling stations around Catalonia. Despite the tensions and high abstention rates, the voters expressed themselves in favor of Catalan independence.

As of today, the Spanish government maintains that Catalonia has no constitutional right to hold referendums on its status. As a consequence of the 1 October 2017 referendum and of the Catalan parliament's vote to declare independence on 27 October, a number of Catalan leaders, including all of the members of the Catalan government, were requested to appear before the Spanish courts, and some put in pre-trial detention. President Carles Puigdemont and half of his government fled into exile to places such as Belgium, Switzerland or Scotland.

In February 2019, the leaders' trials began in Madrid. Accused of rebellion, disobedience and misuse of funds, they faced up to 25 years of jail. According to independent observers having attended week 5 of the trials, the latter suffer multiple flaws, indicating a lack of objective impartiality on the part of the Court (International Trial Watch, 18 March 2019). In the meantime, the ANC launched its "Make a move campaign: self-dtermination is a right, not a crime", in order to bring light to the repression faced by Catalan activists, trying to get support from foreign States and international organisations in this respect.

The Spanish Supreme Court delivered the much-feared prison sentences of the Catalan pro-independence activists on October 14th, with some sentences going up to 13 years in prison. Demonstrations took place over two weeks, ending in over 750 protesters and 71 journalists injured. On January 20th, 2020, also as a result of Assemblea’s and UNPO’s work, a total of 30 countries intervened in the UN Universal Periodic Review of Spain, being particularly critical of Spain’s repression and violation of civil and political rights.

The COVID pandemic seriously affected the Catalan movement, which relies heavily on in-person rallies, yet work continued. On the 11th of September 2020 National Day demonstration, Assemblea organized the biggest COVID-adapted demonstration in Europe, emphasizing the grassroots and decentralized nature of the movement. Despite another wave of repression —ending with the disbarment of Catalan president Quim Torra (Sept 28th, 2020) and police raids justified by fabricated accusations of terrorism, later refuted— Catalan pro-independence forces achieved a parliamentary victory of 52% on February 14th, 2021. On March 9th, 2021, exiled Catalan MEPs saw their immunity lifted by the European Parliament as a result of pressure by Spain’s authorities, although the European Court of Justice overturned the measure in July as the case was being investigated. In June 2021, after nearly four years in prison, the Spanish government gave a conditional pardon to Catalan political prisoners in an attempt to repair their public image, with the provision that their right to public life be limited. On Sept 11th, 2021, over 400.000 pro-independence activists came out into the streets, showing that support is still high. Despite Spain’s repression, Catalonian self-determination activists continue to struggle through new challenges in its quest for independence.

For more information on Catalonia, including: