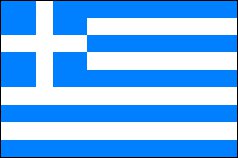 The Greek population in Albania is currently estimated to be around two percent of the total Albanian population, which amounts to around 70,000 people. The greater part of the Greek minority in Albania lives in a 5,000 square kilometers area of southern Albania close to the Greek border. The region is called Northern Epiros by the Greeks, referring to the historical state of Epiros.

In 1913, after 500 years of Ottoman rule, the area was declared part of the newly-founded Albanian State. The following year, Greeks revolted and declared their independence and while in the Protocol of Corfu the area was recognised as an autonomous region under Albanian sovereignty, this was never implemented. Gross violations of human rights were committed against all citizens of Albania under the communist dictator, Enver Hoxha, who wielded total power from 1941 until his death in 1985. His Prime Minister, Ramiz Alia, took over in 1985 until the communist regime collapsed in 1991.

At the time of its membership, the Greek minority still suffered from religious persecution and the denial of its national and cultural identity in addition to social and political discrimination. The Albanian government had cleaned ethnic Greeks from appointed positions of power and used violence to force ethnic Greeks to abandon their homes in Albania and flee to the south to Greece.