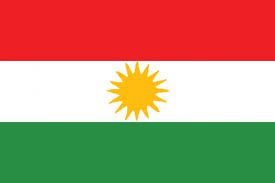 After the collapse of the Ottoman Empire the Kurds were promised their own land in the 1920 Treaty of Sèvres. However, this agreement never materialised and the Kurdish people were divided and became incorporated into several countries, of which one is modern-day Iraq.

In the early 1980s, Iraqi President Saddam Hussein began a systematic relocation and genocide of the Kurdish population. This so-called "Anfal" campaign led to the disappearance of over 180,000 Kurds. After being defeated by the allied forces in the Gulf War, the Iraqi forces withdrew from most areas of Iraqi Kurdistan in October 1991.

Today, the estimated total Kurdish population worldwide is 35 million people, of which about five to six million live in Iraq. In addition to Kurds, Assyrians, Armenians and Iraqi Turkmen live in Iraqi Kurdistan. Together with other Iraqi minorities, they bore the brunt of looting, destruction and gross human rights violations perpetrated by the Islamic State of Iraq and Syria in the post-Iraq war era.