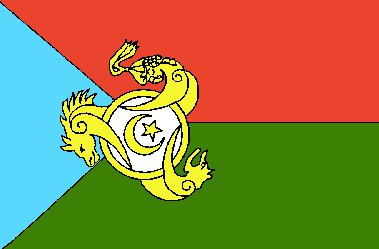 The Kumyks are a Turkic people living in the North Caucasus. The Kumyk territory is separated into seven districts covering 12,000 square kilometers, mainly in the plains and foothills of today’s Republic of Dagestan, where they constitute approximately 14 percent of the population. They speak Kumyk, a Turkic language which has been the lingua franca of the region until the 1930s.

Mentioned as early as the second century anno Domini as one of the numerous tribes inhabiting the Caucasian region, the Kumyk people later belonged to various kingdoms between the fourth and the 13th centuries. From the 14th century onwards, they were united under the Kumyk Shamkhalat Kingdom, which fell only in 1867 when Russia occupied the North Caucasus and divided the kingdom into two Russian provinces.

Under Soviet occupation, a policy of ethnocide was implemented and leaders of the Kumyk movements were repressed, persecuted and killed.  The introduction of mono-culture agriculture, the exploitation of the soil and deforestation led to an economic and ecological crisis in the area. In addition, the Kumyk people were unable to preserve their culture, as, for example, they were denied the right to write their language in the traditional Arabic script or teach their language in schools.

During their UNPO membership, the Kumyk people advocated for an administrative reform in the Republic of Dagestan and seek self-determination in the form of national autonomy. They also strived to preserve their traditional way of life, culture and customs.