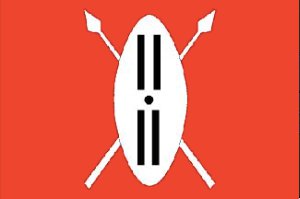 The Maasai people are an indigenous ethnic group in Eastern Africa. There is an estimated total of 900,000 Maasai, with approximately 430,000 in Tanzania, though an actual approximation of the population is difficult due to their semi-nomadic lifestyle and the remote locations of their villages. They speak Maasai, an Eastern Nilotic language which is closely related to other Maa languages. Traditionally, the Maasai are nomadic cattle herders with grazing lands spanning from central Kenya into Tanzania. The young Maasai men tend the herds and live in small camps, moving frequently in the constant search for water and good grazing lands.

Migrating southwards from the Lower Nile Valley in Sudan, the Maasai settled in their present-day territories between the 17th and 18th century. At the beginning of the 20th century, the British colonial government tricked illiterate Maasai elders into signing the controversial Anglo-Maasai agreements that made way for the confiscation of Maasai land on behalf of the British settlers, who continue to own most of it even today.

During the time of their UNPO membership, the Maasai where still struggling to reclaim their ancestral lands. In addition, the expansion of large-scale commercial agriculture, intensive tourism and deforestation rapidly reduced grasslands for their livestock, thereby posing a significant threat to their livelihood system.