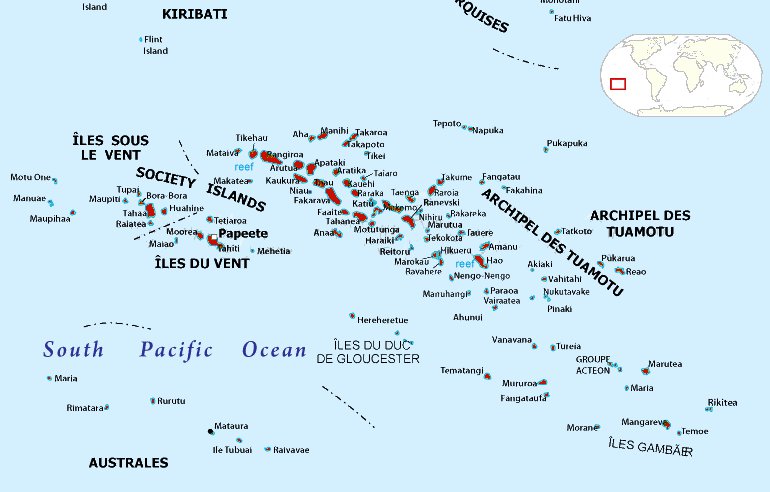 The Maohi are the indigenous people of the islands of French Polynesia, which consists of the island of Tahiti and 117 other islands and atolls. They are of Polynesian and European descent and form more than 80 percent of the region’s population of close to 300,000. The islands’ official languages are Tahitian and French. Even though their culture and traditions are still heavily influenced by origins in ancient polytheist beliefs, today’s Maohi are overwhelmingly Christian.

The Maohi arrived on the coast of what is now known as French Polynesia almost 2,300 years ago. They lived without external influences until the 18th century and, in 1880, France officially seized control of all islands, making them French colonies. The Maohi managed to remain relatively self-sufficient despite French control, depending mainly on their traditional lifestyle for their livelihood. However, this changed drastically when France moved its nuclear testing program from Algeria to French Polynesia in 1960.

The environment and people’s health have suffered under the French nuclear tests that have been taking place in the area. Even though the exact effects are not exactly known, especially in Moruroa, the tests have inflicted long-term environmental damage to the geographical structuring of the atoll.

At UNPO, the Maohi people were represented by Hiti Tau, an umbrella organisation of Maohi non-governmental organisations. Its mission was to bring together the indigenous Maohi people in their struggle for the recognition of their universal rights, sustainable development and the right to a non-nuclear homeland.