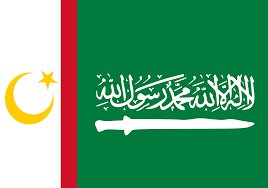 The Moro are a Muslim minority in the Southern Philippines that, for centuries had a tumultuous and often violent relationship with centralising forces of the Philippine State in Manila. Culturally, the Moro people share a common origin with the majority of Filipinos and, linguistically, they belong to the Malayo-Polynesian group of languages.

With over 85 percent of Filipinos being devoutly Christian, the main faultline in society between the Moro and them is religion. Because of their Islamic faith, the Moro have remained outside the mainstream of Philippine life and have been the object of popular prejudice and national neglect. Some discontent however is economic, with the Mindanao, the Moro homeland, being the richest region but most of the resources being controlled by Christian entrepreneurs. The Filipino government under Ferdinand Marcos engaged in violent suppression of the Moro movement from 1965 to 1986, leading to the creation of the Moro National Liberation Front in 1972 and later the Moro Islamic Liberation Front split-off in 1978. The conflict dissipated somewhat during the 1990s but a low-level conflict persisted.