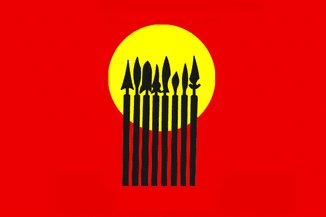 The population of the Cordillera, a large mountain range in the Northern Philippines, is approximately 1.1 million and thus constitutes about two percent of the Philippine population as a whole. The Cordillera is the ancestral homeland of the Igorots, or “people from the mountains”, a conglomerate of seven ethno-linguistic groups which – although they each have their own language – share a common background and language.

The Cordillera is one of the richest regions in terms of natural resources. It is a major resource base of the Philippines with 11 percent of the territory being agricultural rice fields, orchards, swine farms and pasture lands and 60 percent of the country’s temperate vegetables being produced in the area. Two major problems threaten the livelihood of the Cordillera people: due to large-scale dam projects many people had to flee their houses and seek refuge in other areas, while foreign mining companies encroached on tribal lands and destroyed the environment.

The Cordillera peoples are a founding Member of UNPO and were represented at the organisation by the CPA, a federation of organisations of the indigenous peoples of the Cordillera, founded in 1984. The CPA advocated for respect for their land and political rights and had as its main goal to unite the Igorot people for the common cause of advancing the collective interests of the indigenous peoples of the mountain provinces.