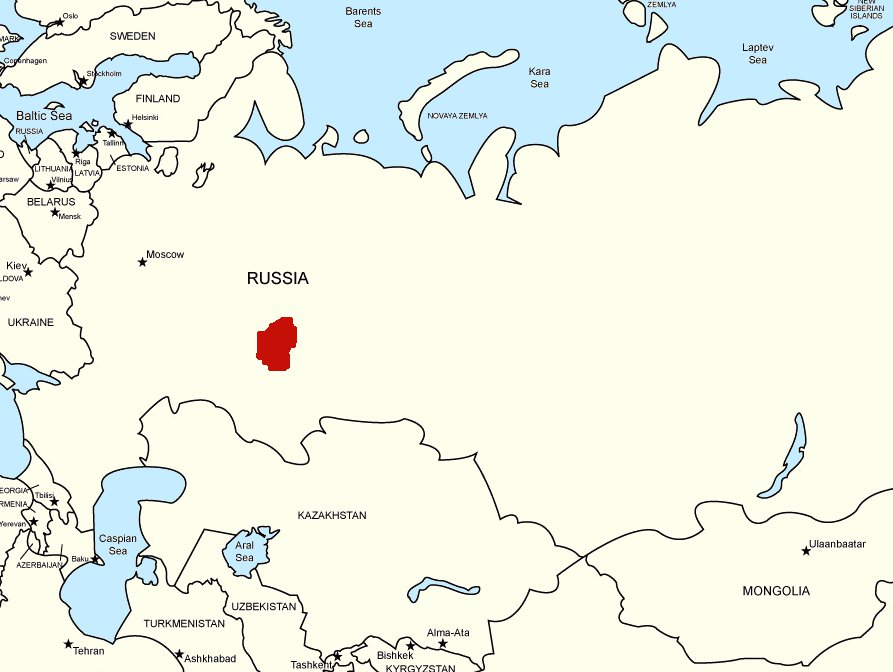 The Udmurt Republic is located in the Western part of the Ural Mountains. Its inhabitants are the Udmurt, a Finno-Ugric people composed of approximately 600,000 individuals. They speak Udmurt, a language belonging to the Uralic family. Udmurtia is rich in mineral resources, such as oil and timber.

After the Mongol conquest in the Southern part of the Udmurt homeland in 1236, this part of Udmurt was administered under the Kazan Khanate, whereas the northern part fell under Russian control. After the collapse of the Soviet Union the Udmurt Republic signed agreements with the Russian Federation with regard to the division of state property, law and order, the exploitation of natural resources and environmental protection.

In 1996, the Udmurt Republic passed a bill on national education which guaranteed that the people have the right to receive all forms of education and that all people have the right to be educated in their native language. In reality, however, increasing russification of Udmurt drastically decreased the possibility to study the Udmurt language which, as a consequence, almost disappeared along with the culture. During its UNPO membership, Udmurt Kenesh had as its aim to ensure equal education for the Udmurt and for Udmurt to be used as a language of instruction in schools. It also advocated for self-determination and the management of the region’s economy in line with the interests of the indigenous population.