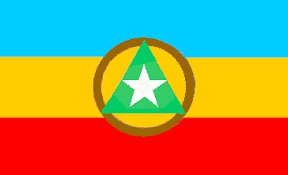 Cabinda is a small territory of 7,283 square kilometers in west central Africa with a population of about 300,000. It borders the Atlantic Ocean to the west, the Republic of Congo to the north, and the Democratic Republic of Congo (DRC) to the east and south. A narrow strip of DRC territory along the north bank of the Congo River separates Cabinda from the Angolan province of Zaire. More than 20,000 Cabindans live in refugee camps in the DRC and Congo.

The Enclave of Cabinda originates from the old Kingdoms of Makongo, Mangoyo and Maluangu. Cabinda was first recognised as a political entity by the 1885 Treaty of Simulambuco, signed between local traditional leaders and the Portuguese Crown. The treaty envisioned Portuguese “protection” over the people of the region to counter colonial expansion in the Congo Basin carried out by Belgium's King Leopold II. Cabinda was initially administered separately from Angola, as a protectorate rather than as a colony, but in the 1930s, Portuguese dictator António de Oliveira Salazar sought to exercise tighter control over the country’s overseas possessions, declared Angola a province of Portugal and brought Cabinda under the same administrative structure as Angola. After Angola gained independence from Portugal in 1975, Cabinda was administered as a province the former.

During the time of UNPO membership, the Cabindans suffered under Angolan military presence in the province and human rights abuses on a massive scale. Talks between the government and the leaders of UNPO’s former Member, the FLEC, were limited, clandestine and delivered hardly any tangible results.