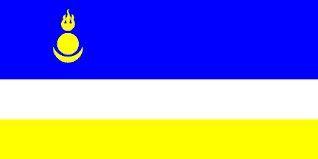 The Republic of Buryatia is located along the South Eastern shore of Siberia, along the eastern shore of Lake Baikal and bordering Mongolia. The population of Buryatia is close to one million. Buryats comprise the second largest ethnic group by proportion, but the region is also inhabited by Russians, Ukrainians, Tatars and Belarusians. The predominant languages spoken in Buryatia are Russian and Buryat. Buryatia is the center of Buddhism in Russia and the site of the country’s first Buddhist convent.

In 1990, Buryatia proclaimed national sovereignty as the Buryat Soviet Socialist Republic and renounced its status as an autonomous republic. On 27 March 1991, the Parliament of Buryatia removed the designations "Soviet" and "Socialist" from the republic's name and it became known as the Buryat Republic. As a sovereign republic, Buryatia has its own constitution, adopted in 1994, as well as legislative and executive bodies.

The region has been struck by a series of environmental disasters that have, in turn, resulted in public health crises. Violent forest fires raged in 2000; the same year, a drought destroyed thousands of hectares of crops. Lake Baikal faces serious environmental challenges. High rates of disease place additional stress on the public health system. UNPO’s former Member, the All-Buryat Association for the Development of Culture, sought to raise awareness for these ecological problems and also strived to preserve the Buryat language and rich culture.