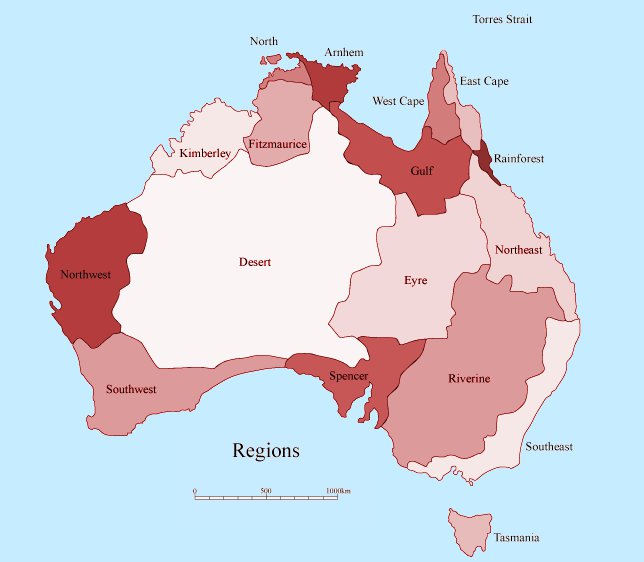 The Aboriginals of Australia are the native people of Australia, descended from groups that existed in this territory and surrounding islands prior to British colonisation. The present Aboriginal population in Australia is around 460,000, which is about 2.27 percent of the total Australian population. At the time of initial European settlement, over 250 languages were spoken; it is currently estimated that 120 to 145 of these remain in use, but only 13 of these are not considered endangered.

The Aboriginals first settled on the Australian continent 40,000 years ago. Aboriginals also use the names Korris, Murris, Noongars and other tribal and clan names. The aboriginal way of life was dealt a major blow with the beginning of European settlement in 1788. A population collapse principally from disease followed European invasion, beginning with a smallpox epidemic spreading three years after the arrival of Europeans. Massacres and war by British settlers also contributed to depopulation. The aboriginal population decreased from an estimated one million in 1788 to about 30,000 in the 1930s.

During its membership, the National Committee to Defend Black Rights (NCDBR) – one of UNPO’s founding Members – advocated for an end to exploitation of the Aboriginals of Australia and for their right to self-determination and land rights.