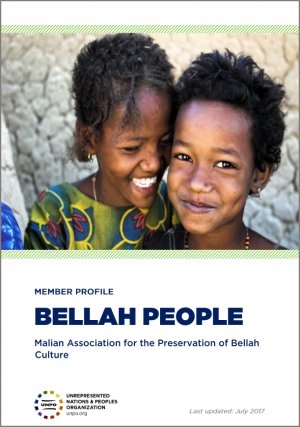 Area: Spread out all over the territory of Mali

Ethnic Groups: The Bellah community consists of ethnic groups such as the Songhoi, the Fula, the Bambara, the Mossi and the Dogon. 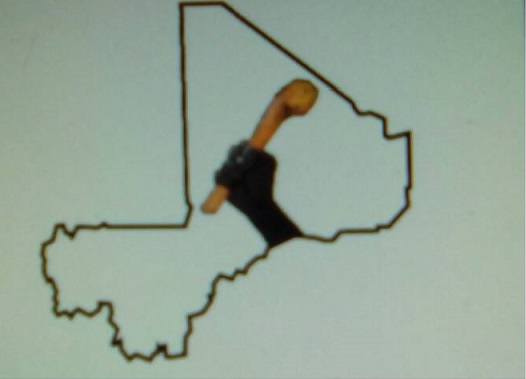 Malian Association for the Preservation of Bellah Culture (AMASCB-IKEWAN)

The Bellah people is represented at UNPO by the Malian Association for the Preservation of Bellah Culture (AMASCB – IKEWAN) since 2017.

The Bellah people are an indigenous black people of the Sahel/Sahara area and one of the largest communities in Mali. Despite its demographic weight in Malian society, they suffer from slavery, violence and discrimination. Some members of the Bellah community were and are still forced into slavery by Tuaregs due to their vulnerability, stemming from economic dependence and discrimination by other communities. They have never been considered as a proper community by public authorities despite what they bring to the socio-economic and political life of the country.

AMASCB – IKEWAN was founded as an association in August 2015 with the objective to struggle against prejudice and stigmatisation, as well as to put the little-known Bellah people on the map through socio-cultural demonstrations.

The Bellah, through this organisation, aim at gaining recognition by the national and international community, as well as being able to promote and preserve their culture better through raising awareness. They also wish to affirm and defend their right to recognition. 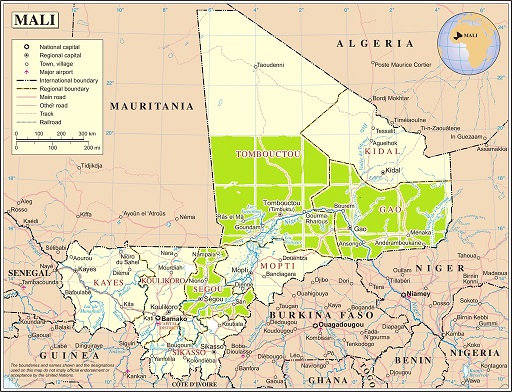 Today the Bellah people are present in the southern regions of Mali such as Ségou, Koulikoro and Mopti, as well as in the traditionally Tuareg-dominated north and north-east regions. They live alongside a great number of different peoples that constitute Malian society. Although their situation has considerably improved in comparison to the enslavement and oppression of the past, the Bellah people continues to suffer social prejudice, stigmatisation and close to complete exclusion from positions of power within the Malian political system. The recognition of their very existence is feeble, as they do not appear on ethnic maps of Mali. This lack of recognition impedes efforts to get a clear idea of demographic information on the Bellah. Moreover, the Bellah culture has been degraded by the socio-economic and security situations for years. Their culture is not promoted as the Bellah people are influent enough in society.

The Bellah people currently struggles with many political and social problems. The Malian State refuses to recognize them as a community with its own characteristics. The refusal of their existence, without doubt, has a traditional background. As Tuareg and Arab chiefs Mohamed Ali Attaher Ansari and the qadi (magistrate or judge of the Shari’a court, who also exercises extrajudicial functions such as mediation) of Tombouctou told French colonists in the late 1940s: “We, whites from Sudan (Tuareg, Moors, Berabichs), will never accept to be placed under the command of blacks (Bambaras, Sonrais), who are our slaves. We cannot admit that black rulers conduct a census of Bellahs and the Haratins, in order to separate them from us”.

Accordingly, the Bellah people in thenNorthern regions of Mali, who are a majority in some areas, are deprived from an access to public services, aid, projects and other opportunities provided by the State and the partners of Mali. As mentioned above, the Bellah community is subjected to stigmatisation and they are the community that suffers the most from negatives prejudices by other neighbouring communities.

In addition, the Bellah are the victims of perpetual attacks by bandits. These attacks have a brutal and devastating impact on their daily life. Even if they manage to escape from the bullets of gangs, their herds are stolen and sold in neighbouring countries. No matter if they are nomads or sedentary, they are the victims of assassinations, destruction of their goods, robbery, rape and the abduction of their children, girls and workforce. The violence and the persistence of insecurity force many Bellah to migrate to the southern regions of Mali.

The Bellah community, in search of stability, is confronted with the difficulties of integration in the host regions of the south. The consecutive arrivals of populations for several decades has not been welcomed by the public administration in terms of accompanying measures, stabilisation and assistance for the integration of "citizens in difficulties".

For more information on the Bellah people, including: