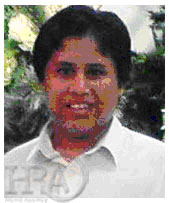 Seven months ago, Raisi and his two elder brothers were arrested by Iranian intelligence services. Four months later his brothers were released, but Raisi remained imprisoned and may have been the victim of torture.

Tehran’s intelligence services accuse Raisi and his brother, Obidulraman, who has yet to be detained, of being members of Jundallah, a militant group blamed for attacks on  Iranian government targets in the restive province of Baluchistan.

There has been no substantiated connection between Raisi and Jundallah but the intelligence services have detained him in custody and there is no sign that Raisi will be permitted to raise his voice in response to the charges leveled against him.

UNPO therefore extends an urgent appeal to the Iranian authorities to abide by the United Nations Convention on the Rights of the Child (UNCRC) and halt without delay the execution of Raisi.

Furthermore, UNPO calls upon the Iranian authorities to either conduct an open, free, and fair trial examining Raisi‘s alleged links to Jundallah, or to drop the charges leveled against him.

Note to Editors:
    Iran ratified the UNCRC in 1994 and is obliged by international law to ban the execution of minors but it remains the state with the highest number of child executions in the world.
    Balochistan is located in the south east of Iran and it is the historic homeland of the Baloch people.
    The Balochistan Peoples Party is a member of the UNPO and active in the peaceful campaign for the establishment of a secular, federal and democratic republic in Iran For the original Satement of Concern please click here