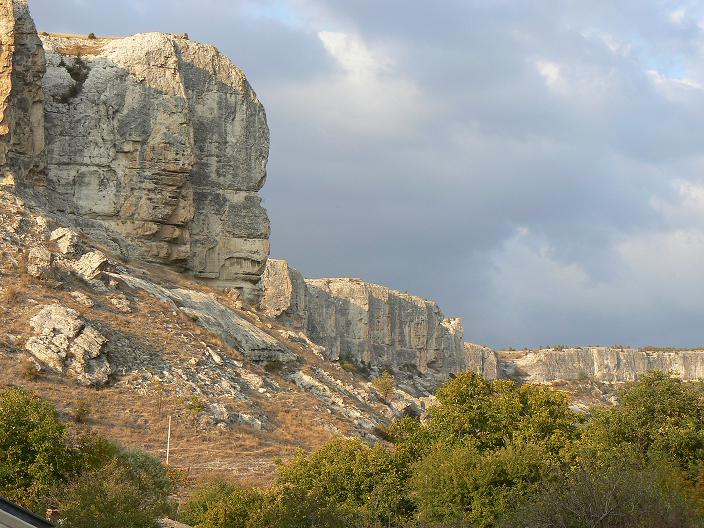 The Crimean Tatars’ quest for repatriation, resettlement and rehabilitation of their rights is seriously endangered by the current counterproductive developments of Ukrainian state politics.

Yesterday [17 January 2010] the first Presidential Election in the Ukraine since the Orange Revolution in 2004 failed to produce outright victory for any of the 18 candidates. Incumbent President, Mr. Victor Yushchenko, the leader of the Orange Revolution was ousted having accumulated only around 5% of the popular vote. The result of the consecutive  run-off, scheduled to take place on February 7 2010 will have great effect on the future development of the country as well as on all its citizens.

Hopes had been high that the Orange Revolution would bring about change in terms of increasing democratization, the implementation of human rights, a shift towards the EU and potential NATO membership. These developments have not been as manifest as the hopes and dreams inspired by the Revolution had promised. The strengthening of  the current authoritarian regime, its grip on media, and a recent shift towards Russian-focused policies have been attributed to the lost momentum of the Revolution.

A Resolution of the Qurultay of the Crimean Tatar People of the Fifth Convocation [adopted on December 6, 2009], declared that “whether Ukraine will be able to take its rightful place alongside the countries of the European democracy, or will be relegated to the margins of international politics, largely depends on the newly-elected President and the policies that will be implemented by the new office.”

As observers expected, the polls put opposition leader Viktor Yanukovych first and his closest rival Julia Tymoshenko second. Both are in favour of regional and Russian political-economic interests.

This political development is especially devastating for minorities such as the Crimean Tatars, who today constitute a minority (12% of the total population) in their native territory of Crimea, an Autonomous Republic within the Ukraine. The Crimean Tatars have for a long time struggled to rehabilitate their linguistic, cultural, economic and political rights. A move towards the European Union would best serve their aims of repatriation, resettlement and the rehabilitation of their indigenous rights.

Crimean Tatars fight for more presence in Ukrainian and Crimean executive and legislative state bodies, for religious freedom, for the revival of their language and culture, for a fair allocation of land rights, and for the rehabilitation of their rights set up on basis of their past deportation, which in 2004 have been vetoed. “Regardless of the outcome of the upcoming elections,” said Mr. Abduraman Egiz, a delegate of the Qurultay and member of the Presidency of the UNPO, “the Crimean Tatar people and their authorized representatives … will continue struggling for the complete restoration of the rights of Indigenous Peoples of Crimea and provide unconditional guarantee of its future.”

In Ukraine, the Crimean Tatars do not figure in current election debate. Rather, economic news like gas deals with Russia, a free trade zone with the EU and visa-free travel between Ukraine and the EU form the core of electoral conversation.

In the likely case that Yanukovych - an ethnic Russian - will win the run-off, he intends to strengthen ties with Russia and install Russian as the second official State language in line with the European Charter for Regional or Minority languages. In doing so he would give native citizen status to the Russian population,  whilst simultaneously dismissing the same quest of the Crimean Tatars, indigenous to Ukrainian territory. He further states that his long-term goal is the stronger unification of east and west Ukraine, which might even endanger the autonomy of Crimea which many Ukrainian nationalists demand.

If the scenarios play out as such, the uphill battle of the Crimean Tatars will become ever steeper again. According to Mr. Egiz, “political consistency and allied relationships with national democratic forces of Ukraine are intrinsic to the Crimean Tatar national movement. The defeat of the rudiments of democracy in Ukraine, a return to authoritarian governance by the State, and the abandonment of the policy of European and Euro-Atlantic integration of Ukraine would lead to the creation of new barriers on the way of restoration of the rights of the Crimean Tatar people.”

The Qurultay of the Crimean Tatar people had called upon their compatriots, as well as on all the voters of Crimea, regardless of nationality or religion, to participate in the first round of voting, to support the candidates who profess democratic values and are ready to pursue a policy of European and Euro-Atlantic integration of Ukraine. The cultural, linguistic and political challenges faced by the Crimean Tatars will increase substantially with a pro-Russian president. As for the second round of voting, the Qurultay will assign the Mejlis of the Crimean Tatar People to take the decision about the most appropriate candidate to support, in light of the results of the first round ballot and the policies that will most severely impact upon the Crimean Tatars’ struggle.