The Cordillera people are an indigenous group in the Philippines, comprising 1.5 million of the country’s total population of 88 million, as of the 2007 census. The Cordillera indigenous peoples are known as the Igorots, or “people from the mountains”.

The Cordillera people reside in the area with the richest natural resources in the Philippines. Land to the Cordillera is a source of life; it is sacred and cannot be owned or sold, but should be nurtured to produce life for communities. The Cordillera Peoples Alliance (CPA) was formed in 1984 to protect these beliefs of the Cordillera from the threats posed by transnational corporations in the area. 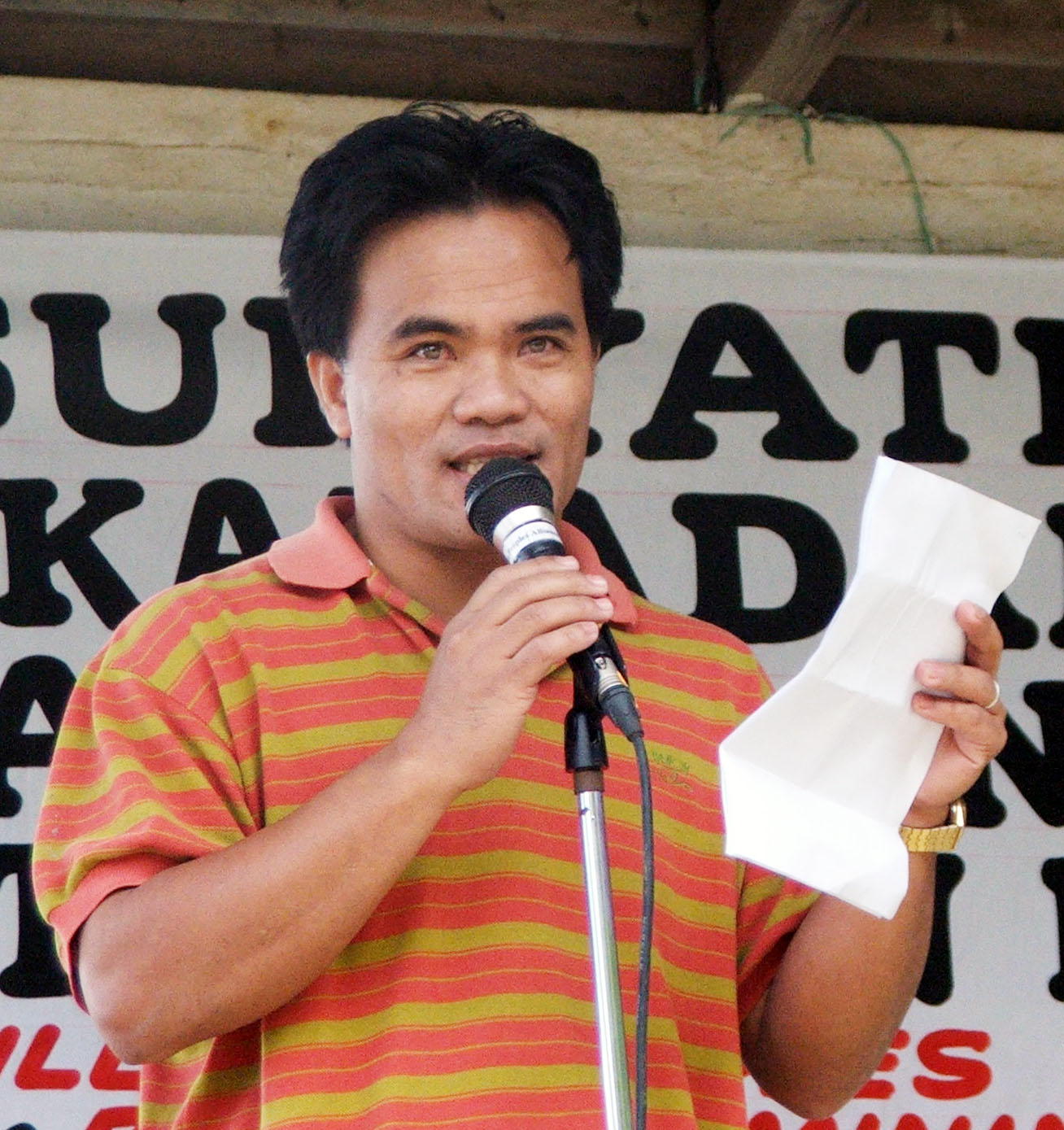 
The present day livelihoods of the Cordillera are being threatened by large-scale mining and logging schemes and dam construction - so-called ‘development projects’. These projects erode not only the environment, but the Cordillera’s connection to the land, erasing their ancestral identity. The introduction of the Philippine Mining Act in 1995 saw the emergence of major operations carried out by transnational mining corporations across the Philippines. Twenty-three mining projects were identified as key priorities by the Arroyo government in 2002, of which five were based in the Cordillera region1 :

Another project included the construction of the San Roque Dam mega dam. The municipal council withdrew its endorsement of the dam in 2000 as a result of concerns about the Igorot people’s livelihoods, but in 2001, President Macapagal-Arroyo announced that construction would go ahead. It was promised that the Cordillera people who would lose their land would be resettled and compensated, that erosion would be kept to a minimum and that new irrigation projects would be scheduled. Arroyos’ promises have not been fulfilled.

The construction of San Rogue Dam has left many people without any compensation and relocation sites have not always been fully developed. Construction has ruined waterways making it more difficult to live off the land. Arroyo also identified the area as a priority region for a mining revitalization programme. This means that 66% of Cordillera land, comprising 1.2 million hectares, is now covered by big local and foreign mining applications in addition to the pre-existing large mining operations in Benguet province. 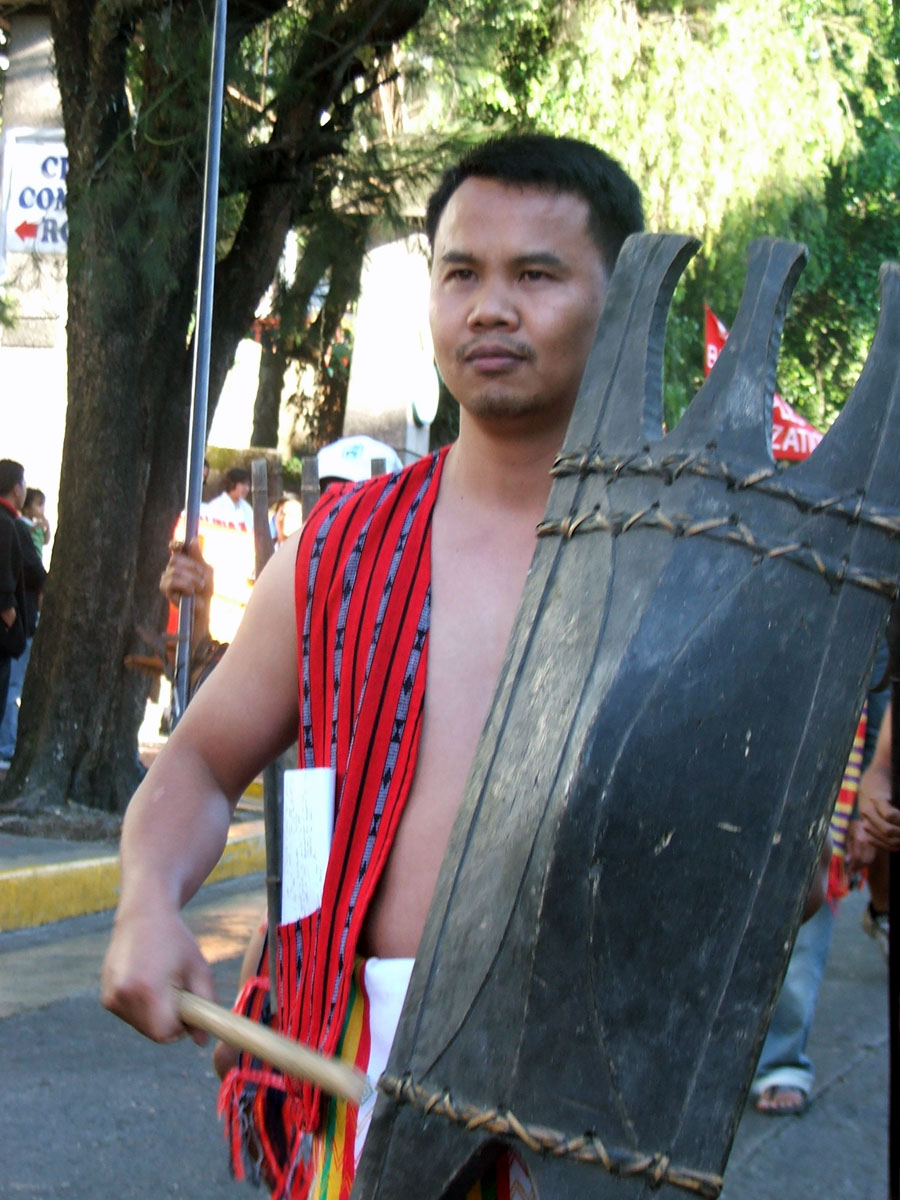 Windel Bolinget:  “Our people have been sacrificed”
Secretary General of the Cordillera Peoples Alliance

Institutionalised discrimination against indigenous people is what we experience in the Philippines. The Cordillera people contribute to national wealth and corporation profit on the one hand, but receive little in the form of services or assistance on the other. In Benguet, for more than 100 years our people battled with mining companies – both our ancestors and the present day Cordillera people have been affected. Expansion operations continue to displace us - there will be no future for the Cordillera if the situation is not addressed.

President Macapagal-Arroyo sacrificed the region for the benefit of destructive mining projects.

If we want change in our society, we need to govern with a genuine democracy. Regional autonomy is inextricably linked to the environmental survival and protection of the Cordillera people’s future. We need to be able to define our own path to development, and have decision-making powers over our natural resources. Our existence depends on our maintaining our culture, controlling our own environment and being able to self-rule. These are the basic elements upon which our survival depends. 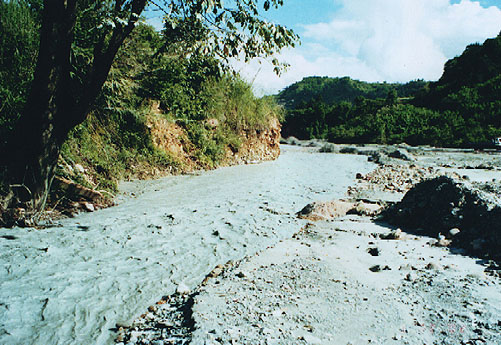