Water is one of the most important resources available to man but its geographical distribution is far from even. Insufficient water supplies hinder the development, prosperity and stability of societies across the globe, threatening their very existence. Increased demand, generated by a growing global population and the need to irrigate arable lands, has put mounting pressure on supplies.

Access to water reserves has engendered conflict not only within states but between states too, and will continue to do so in the near future. Around the world there are hundreds of rivers that flow through more than one country. As the value of water as a life source is made ever more clear to societies who do not enjoy unbridled access, these rivers become a source of conflict as multiple claims of ownership are aggressively asserted. Furthermore, since rivers know no boundaries, conflict is provoked as downstream communities feel the effects of the activities of their upstream neighbours.

The United Nations has identified more than 200 rivers and lakes that border 2 or more countries with the potential to trigger violent conflict. The people that suffer the most from these types of conflict are those often lacking a voice: the poor of this world. A prime example of water conflict is the case of the Salween River, which flows through China, Burma and Thailand. The 2800-kilometer Salween River is one of the last pristine rivers in South-East Asia. 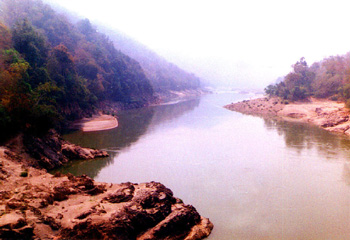 Each of the three countries has their own national project to build dams in the coming ten years; however none of these plans are compatible with those laid down by any of the other countries. Furthermore, no official treaties or agreements exist between the countries to streamline projects, leaving local populations vulnerable to water shortages, bad health, poor irrigation and loss of life. China has already started the construction of a dam in the upper course of the river and although China’s initial proposal to build thirteen dams has been abandoned due to both national and international protest, smaller dams have already received the go  ahead.

The construction of a dam in the Burmese part of the river would destabilize an area already wreaked by years of human rights abuses at the hands of the Junta.  The conflict between the Burmese Junta and minority groups has been going on for sixty years. Millions of civilians have fled their homes to neighboring Thailand and half a million people remain internally displaced. The latest move of the Burmese Junta is to ensure it regains control of the Salween River and its surrounding regions in order to exploit the natural resources and fertile land. Brutal tactics have been employed and the civilian has been rendered essentially dispensable.

The construction of a dam in the region can happen only with the destruction of surrounding villages and the use of forced labor. This is a tool frequently used by the Burmese government to suppress the population. According to several human rights organizations working in refugee camps on the Thai-Burmese border, the Burmese army has destroyed more then 200 villages and displaced more than eighty thousand civilians in the eastern part of Burma. Villagers are forced to construct the long winding roads that make exploitation of the river possible and then are given only a couple of days notice before they are forced from their homes. Remote villages without any strategic importance are razed, rice crops and food stocks are destroyed, and the seeds of fear are sowed amongst the locals who may otherwise have felt sufficiently emboldened to make a stand against the loss of their livelihoods.

Villagers encountering the Burmese army in so-called ‘black zones’, which are not under government control are shot without warning, or worse, tortured. The number of civilians hiding in the jungle is estimated to be around niney-five thousand, and many are close to starvation.

The construction of dams in Burma exacerbates the refugee problem in the region as well as its detrimental impact on the environment. Local and international environmental organizations are worried about the repercussions of building dams in the area. According to the environmental organization Salween Watch the project has the goal of capitalizing on the hydropower potential of the entire river basin as well as diverting water to Thailand, depriving Burmese communities downstream from valuable resources. 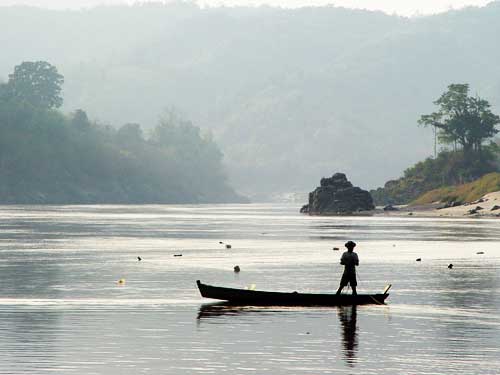 The specifics of the Burmese Dam project are still cloaked in secrecy but a series of contracts between Chinese and Thai companies, responsible for its construction, is evidence of the momentum already in place to initiate construction. According to Salween Watch, construction has already started on a hydropower dam in Shan State. Earlier the Burmese Junta and the Thai energy producer MDX signed an agreement worth 4,4 million Euros to build a 7110 megawatt power station. The largest portion of electricity produced is destined for Thailand. This will mean an end to the last free flowing river in South-East Asia.

The construction of the dam is yet another chapter in the unstable history of Burma. The severe penalties paid by local populations are accompanied by an irreversible assault on the local environment too. It is believed that in downstream Burma, the dams will generate an environmental disaster; forests and wildlife will disappear. Irreplaceable landscape will be lost. According to environmental experts working for Salween Watch, the entire ecosystem of the Salween will be irreversibly damaged and more then 200 species will become endangered.

The subsequent flooding of the surrounding areas will lead to a further seventy-three thousand internally displaced peoples and a renewed movement of refugees into Thailand. The Junta will reap the financial rewards that result from the forced labour of local populations. And it is the hands of those many thousands of innocent people that are tied into constructing the dams and the roads that destroy their own livelihoods, homelands, histories and memories.