Summer in Port Harcourt, the capital of Nigeria’s Rivers State, is a sticky, sweaty season.  Humidity reaches almost ninety per cent and the road traffic slows to match the sluggish waters of the mangrove swamps that line this area of Nigeria’s coast.

But Port Harcourt, and the surrounding Niger Delta, is a hotspot in all senses of the word.   Beneath its soil lies one of the world’s largest reserves of so-called ‘Bonny Light’ crude oil - a bequest of nature that has proved double-edged to Nigeria, and the Niger Delta in particular.

Before independence in 1960, Nigeria earned its foreign currency exporting industrial lumber. Mismanagement, unfettered exploitation, and growing domestic demand led to a ban on wood exports in 1976 and encouraged a reliance on oil as Nigeria’s chief export.

Today Nigeria is still a country characterised by poverty, social cleavages, environmental degradation, and corruption.   In 1956 though, the discovery of ‘Bonny Light’ offered up the prospect of solving the country’s development needs at a stroke and turning it into a player within Africa and on the international hydrocarbon markets.
The aspirations of 1956 now appear naïve poster dreams. Oil turned the Niger Delta into a golden goose for successive regimes – most of whom stayed in power only for as long as they were able to control the Delta and the eggs it laid: approximately 2 million barrels of oil a day.

The attentions of Abuja’s successive rulers have never wavered from the Niger Delta, but the attention has rarely been benign.   The focus has remained on maximising the short-term profit to be gained from getting as much oil as possible from the ground and into tankers destined for foreign shores.

Exploitation of the Delta’s hydrocarbons therefore took place with little consultation of the local population and peaceful opposition to development was violently quashed by state security forces.  There was little to impede the pipelines, canals, roads, and refineries that quickly infiltrated the streams and creeks of the Niger Delta. 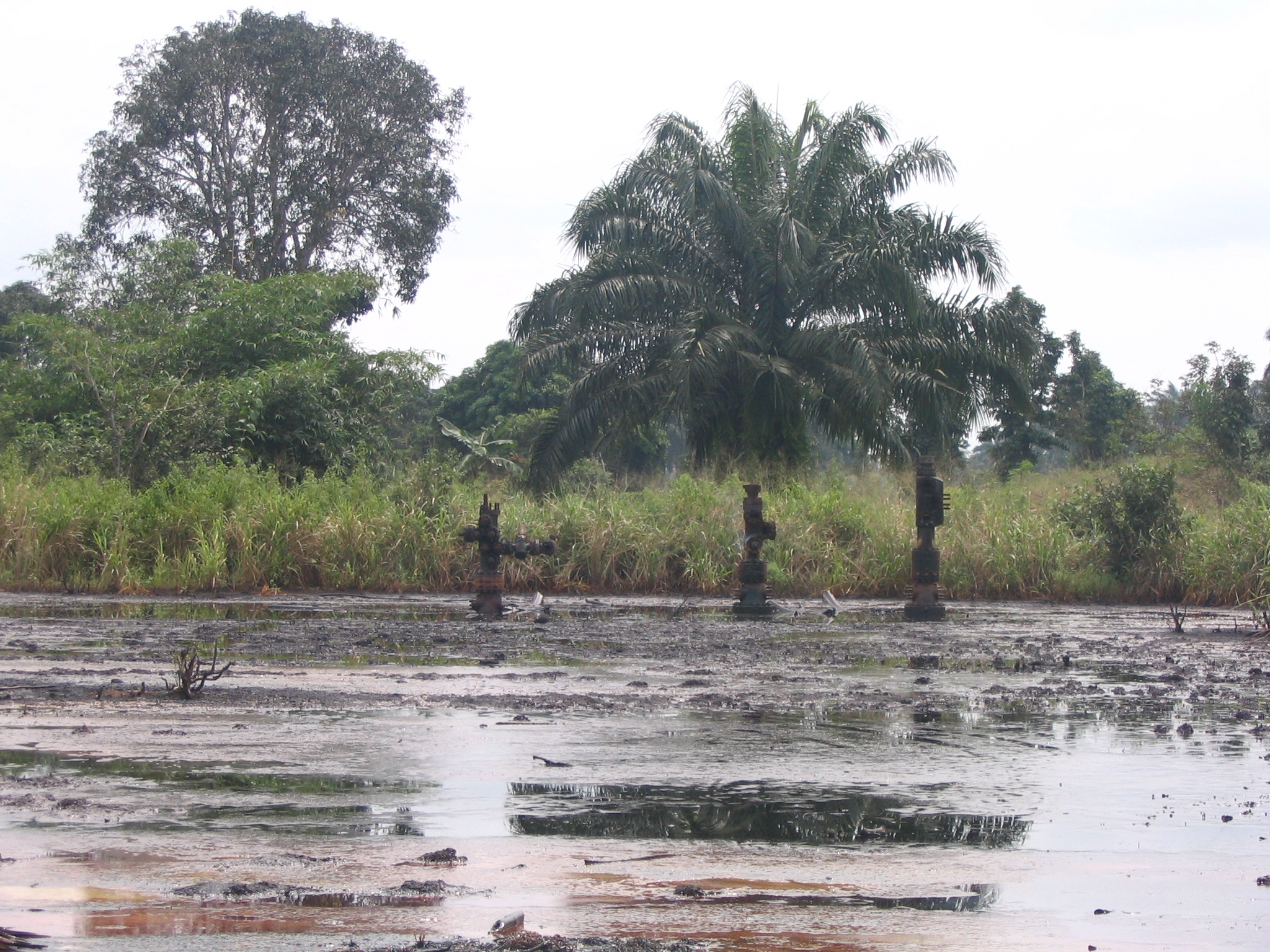 Development, but not as we know it

In the wake of the roads and canals needed by the hydrocarbon industry came those in search of jobs and loggers eager to tap the newly available lumber lying in the sleepy mangroves.  The overburdened Niger Delta rapidly became a mass of competing economic, ethnic, and political interests with local inhabitants losing out to the influx of people from the surrounding areas and cities.

For centuries the Niger Delta had maintained a steady population of Ijaw, Igbo, and Ogoni ethnic groups who subsisted by hunting, fishing, and basic farming on small plots.  The new arrivals began to place demands on the land that could no longer be met by local production and harvesting techniques.

The situation was exacerbated by the appropriation of agricultural land for the construction of the hydrocarbon infrastructure. During construction, pollution often left land and fishing grounds polluted and unusable.  This loss has left Nigeria in a situation where it must rely on imports to meet domestic demands for fish.

Although compensation was nominally awarded to those affected by land appropriation, and leaving aside the disputes over the fairness of the awards, it has nevertheless left many families with no source of reliable income.  The subsistence skills that had been learned over decades have been made redundant.

The result has been a migration of Delta people to the city of Port Harcourt and its neighbouring towns, exacerbating the overcrowding in the urban sprawl.  Once they arrive, their limited education makes jobs hard to come by and either migrants must subsist on poorly paid jobs or join the swelling ranks of jobless. 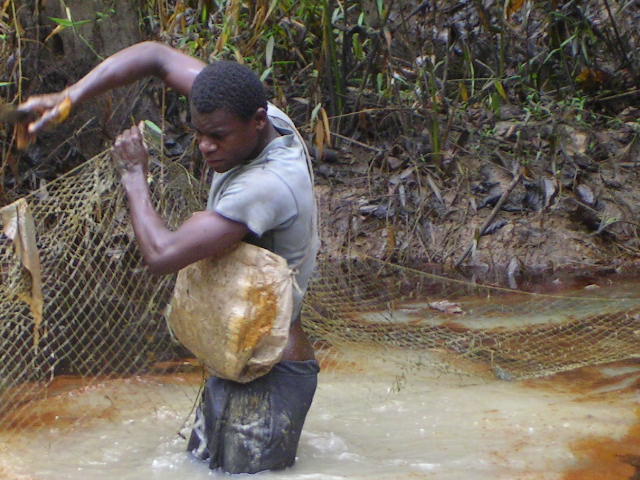 For those who remain to subsist on the Delta’s land, and they are mostly those who are too old or too young to move, life is an ongoing trial. Pollution has reduced the yields from the land and had deleterious effects on health for everyone living in the Delta area.

The hydrocarbon infrastructure that stretches across the Delta is a spaghetti-like tangle of aging pipelines and gas flares, many of them dating back to the early days of oil production in Nigeria.

As insecurity in the Delta conspires with poor maintenance, oil leaks have grown more common and difficult to contain.  The sheer scale of the neglected infrastructure means that even with the best efforts of the oil companies it will take decades to replace and upgrade what currently exists.  But this cannot begin to happen until Nigeria’s authorities start to address the issue with conviction.

Attacks on this sprawling infrastructure by militant groups such as the Movement for the Emancipation of the Niger Delta (MEND) compound the environmental damage already being caused.  Those breaching high-pressure pipelines to siphon off oil, which they see as their own, also contribute to the damage – and it has resulted in accidental explosions such as that in Inagbe that led to the loss of over two hundred lives in 2006.

The response  of Nigeria’s leaders to the situation in the Niger Delta has wavered between indulgent ambivalence and the deadly suppression of criticism.  At its worst moments, armed groups such as MEND created sufficient insecurity that oil exports effectively stopped.  Even now, Angola looks set to replace Nigeria as Africa number one oil exporter – purely because of insecurity in the Niger Delta.

If the Nigerian government does decide to wrestle with the problems of the Niger Delta, which ultimately it must, it will be faced with the need to address pollution in the air, water, and soil that stem from the oil extraction industry and the development that surrounds it.

The 2007 Gas-Flaring Bill had been seen as a step in the right direction but it remains unimplemented and the Delta still bears the constant rumble of gas flares, nights lit by leaping gas flames, and black rains of soot that stains roofs, acidizes soil, and seeps into drinking water. 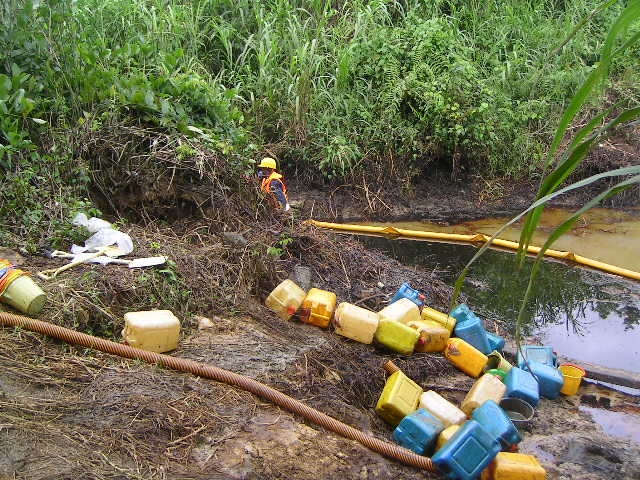 Presaging the day when oil stops flowing, the Arabian Gulf States have been pumping their oil revenues into flagship airlines, landmark hotels, and finance centres – and with considerable success.

By contrast, Nigeria’s state airline remains grounded (for lack of fuel) and no one is flocking to see the spoilt beauty of the Niger Delta.  But the oil question is only a small element in a much larger problem, namely reforming Nigeria’s constitution.

Until oil revenues can be distributed in an open and equitable arrangement Nigeria will be beset by disaffection.   Recent years have raised hopes but these have all too often been quashed.

The Niger Delta offers Nigeria a life after oil based on ecotourism and an economy less reliant on hydrocarbons.  But to save it requires concerted action now.  Otherwise Nigerians may feel they have returned to 1956, only without the optimism oil once fuelled.