Mapuche means “people of the land”. They constitute the third largest indigenous group of people in South America and occupy ten million hectares of land in both Chile and Argentina. However, the relentless confiscation of their territory by military insurgents and transnational corporations has left them landless; and with no land, there is no Mapuche.

The Mapuche have for three centuries endured systematic attempts to repossess their land, withstanding attempts orchestrated by the Inca, then the Spaniards and later by the Chileans. Today, their greatest enemy are multilateral development banks and transnational corporations such as the Angelini and Matte-Larrain family conglomerates. Dam construction, logging activities and timber exports by these organisations and companies essentially indicates forced acquisition of the Mapuche’s land.

In 1641 the Treaty of Quilin served as an “acknowledgement” of Mapuche independence by Chilean authorities following their successful resistance campaign against Spanish invasion. In reality, the Treaty meant the removal of two thirds of the Mapuche’s 30 million square kilometres of land. One third went to the Spanish to secure independence. Later, the introduction of the “Indigenous Peoples Law” by the Chilean army who subsequently attacked the territory in 1881, saw the Mapuche relocated to reducciones - reserves of roughly 3000 hectares of land south of the Bio-Bio River, with limited space and perpetual ecological problems. 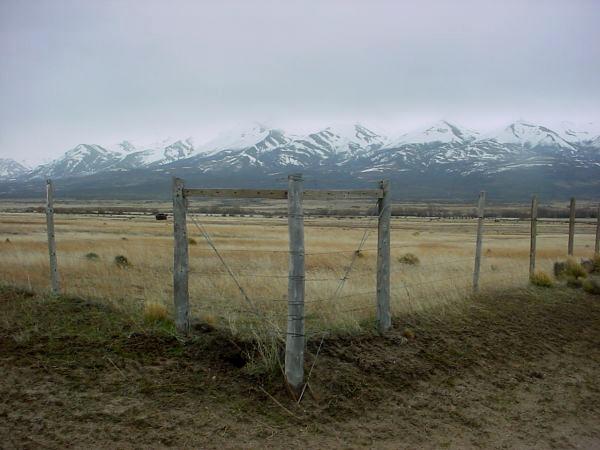 The Mapuche’s forced relocation triggered the now vulnerable position they find themselves in. The double-sided nature of their independence meant the Chilean oligarchy stole their land to cultivate wheat for export and allowed logging companies to confiscate more of their land for sugar and soy plantations.  The result is a constant battle to preserve their identity and land, a struggle that has lasted 500 years to date.

One of the many battles the Mapuche face pits them against large Chilean companies using their land to erect hydroelectric dams. A series of six dam constructions in the area of Upper Bio-Bio Chile is a development that has significantly altered the region’s forests and affected its ability to accommodate and sustain the Mapuche people. As a culture, the Mapuche devote their lives to their land; they are a nomadic group of hunters, shepherds and farmers.

From 1881 onward the Mapuche’s land came under violent military occupation. This period effectively marked the end of the Mapuche’s relationship to their land. A territory endowed with forestry and ecological promise became its curse. Demands for timber and hydroelectricity have damaged the soil for cultivating and left a whole people displaced.

In 1974 the Mapuche’s land was further reduced to span just 300,000km². This opened the floodgates to forestry enterprises and encouraged private ownership of land for hunting purposes and timber extraction. Unfettered acquisitions have left control of over 40% of Chile’s timber production in the hands of Forest Mininco, a company owned by the Matte-Larrain family. In addition, American conglomerates are responsible for around 24% of all timber exported from the Mapuche territory to the United States and elsewhere.

In 1985, Argentinian president Raul Alfonsin announced the Pulmari region would be returned to the Mapuche, but to no avail. The decree was ignored by the regional government, and in 1997 the Argentinian environmental office agreed to a $600 million hydroelectric dam project with Spanish companies, that have gravely mutilated the Mapuche’s land and ancestry. In addition, within the Argentinean area, the Mapuche are threatened by the confiscation of 110,000 hectares of their land in Pulmari in the Alumine Region.

Over the years, the Mapuche people’s plight has continued unabated. In 1991 the shares of Compañía de Tierra del Sud Argentino S.A. (an Argentinean company nationalised in 1982) were bought by Edizione Holding International N.V., which was a Company owned by Benetton. As a result, the Italian multinational became the owner of 900,000 hectares of land in Patagonia, and claimed the rights to the territory that has been the Mapuche people’s home for over 13,000 years.

Electricity companies such as Endesa have also helped themselves to a piece of the pie by building a 155m deep artificial lake that covers 3,467km² to hold water from the Bio-Bio River. This has caused flooding of the communities’ land, disrupting the region’s natural water balance.

The Chilean militaries infiltration into the Mapuche area since 1881 has created a culture of “help yourself”. Loosely designed laws nominally created to govern and conserve the land have in fact, only encouraged its exploitation. Dam constructions have cut the land available to feed the population to a mere 21% of its entire area. Additionally, acid rain has been the main side effect of the widespread use of toxic chemicals such as sulphate, chlorine and oil which are used to convert wood into cellulose. Cellulose is commonly used to produce paper, cardboard or can be converted into bio-fuels such as cellulosic ethanol. These activities leave little promise of this territory ever being able to regenerate itself.

The Mapuche people’s displacement marks a significant challenge to the cultural values of indigenous peoples and tribes across the globe. The ILO Convention 169 of 1989 proposed to sufficiently protect indigenous people’s rights. The Convention was introduced by the International Labour Organisation to acknowledge and respect the contribution of indigenous people and tribes to cultural diversity, international co-operation and social harmony. With the Mapuche constituting the third largest indigenous group in South America, they represent a poignant example of the necessity of the convention’s mandate, and adoption in states. 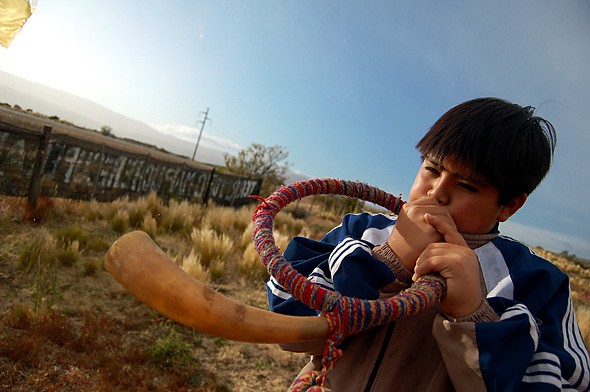 Since the Convention’s introduction, only 20 states of a possible 181, have signed it. Chile’s ratification in September 2008 could mark an important contribution towards the Mapuche people’s predicament. However, putting into practice the ILO’s mandate vis-à-vis the pledging of commitment remains a challenge.

In 1997 the European Parliament passed a “Resolution on the Situation of Human Rights and Indigenous Minorities in Argentina” concentrating specifically on the Mapuche people’s plight. They appealed to the Argentinean government to clearly distinguish between land owners’ rights, and the advancement of big business projects. Argentina signed the Convention in December 2000, but again, significant action to improve and protect indigenous peoples remains largely unseen.

The Unrepresented Nations and Peoples Organisation(UNPO) has since 1993 accepted the Mapuche as one of its members, and has also campaigned for wider ratification of the Convention stressing the need for its enforcement. There is pressure in support of ratification, but the turtle-like pace of implementation has ensured that any change to date has been neglible.

In 1999, thousands of Mapuche marched 637 kilometres to Santiago from 20 May to 17 June in protest to the destruction of their ancestral land. To date, their pursuit for change continues, but the world remains deaf to their campaign. The Mapuche have been severed from their land, and even if they were to recover it, the years of human activity imposed upon it, have rendered the leand increasingly less fertile, and continue to erode it with every passing day.

It is apparent that the right to land is an inherent component of indigenous people’s human rights. State governance must ensure that these rights are not threatened by non-State actors or transnational corporations. The need for greater accountability and tolerance is paramount; however, whether it will occur soon enough to make the plight of the Mapuche both visible and protected, remains unknown.