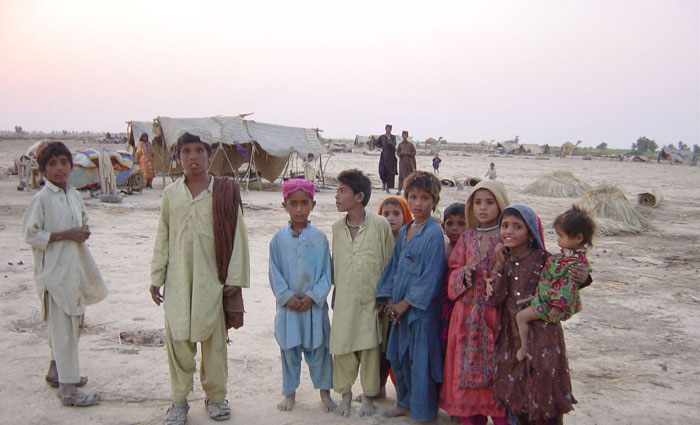 Earth, Exploitation and Survival (EES)
Read the EES Article of the Week
Balochistan: Walking on a Golden Curse

Reko Diq, an ancient volcano in Chaghi, Balochistan, literally means “sandy peak”. However, this is something of a misnomer. It should be called Tangav Diq, or gold peak, because below the sands, according to development expert Syed Fazl-e-Haider, lie “12.3 million tons of copper and 20.9 million ounces of gold.” There is a saying in Balochistan that a Baloch child may be without socks, but when he grows up every step he takes will be on gold. Reko Diq is proof that the barefooted Baloch do tread on gold.

That this wealth has not benefited them is not accidental.

Since 1947, successive central governments have pursued a policy of intimidation and coercion towards the Baloch. Most provincial governments have played the disgraceful role of legitimizing and lending respectability to army operations, forced disappearances, extrajudicial killings, incarcerations and the acquisition of land. The goal has been to coerce the population into acquiescence so that exploitation can be conducted in a threat-free environment. Of late, much-publicized projects are actually depriving the Baloch of their resources and said to be adversely changing the demographic balance in the province.

Credible international surveys indicate the wealth of resources suggesting that the area is home to one of the biggest copper reserves in the world with over 11 billion pounds of copper and nine million ounces of gold. The Australian firm Tethyan which entered into a joint venture with the Balochistan government estimate an annual production of 200 to 500 million pounds of copper from the Reko Diq mining project. A large number of porphyry rocks are also known to exist.

The interests of the Australian company in Reko Diq and its neighbourhood were taken over by the Toronto-based Barrick Gold Corp and the Chilean Antofagasta Minerals. These companies were handed a very lucrative deal. The terms agreed upon show that there is more to the issue than meets the eye. Royalties were reduced from the initial four to two per cent. Terms for the provision of cost-free land for an airport and a 400 km Reko Diq-Gwadar road were accepted. An unjust clause is that a 25 per cent share will be paid to the Balochistan government but only after it invests 25 per cent in the project.

According to Rob Maguire of the Dominion paper, “Barrick is the foremost gold mining corporation in the world, with sales exceeding $2.6bn in 2005 and the largest reserves in the industry, at nearly 90 million ounces. They plan to mine gold under the Andean glaciers at Pascua Lama (Chile) and in order to process the ore there, Barrick will use 7,200 kg of cyanide and 10 million litres of water per day. Cyanide contamination of water resources can be devastating — cyanide concentrations as little as one microgram (one-millionth of a gram) per litre can be fatal to fish.” The people at Pascua Lama are resisting Barrick’s operations.

Mining uses sodium cyanide, arsenic and other chemicals which produce toxic by-products. According to Marcel Claude, vice-president of the international environmental group Oceana, “Gold mining dumps 79 tonnes of waste for every 28 grams of gold, and produces 96 per cent of the world’s arsenic emissions. On the same theme, Antonia Fortt, an environmental engineer, says that fears about cyanide are justified “because this chemical is used to separate the gold from the sterile material, rock and dust, and it comes mixed with it.” Health problems directly linked with arsenic exposure include cancer, deformation, miscarriage and underweight children.

Antofagasta’s net assets at the end of 2007 grew to almost $5bn. In December 2005 its release said: “Tethyan’s principal assets are a 75 per cent interest in the highly prospective Chagai [sic] Hills region of North West Pakistan known as Reko Diq, including the Tanjeel Mineral Resource. This mining district hosts significant copper-gold porphyry deposits as part of an extended copper-gold belt. Total indicated and inferred mineral resource estimates at these properties are 1,213 million tonnes with a copper grade of 0.58 [per cent] and a gold grade of 0.28 grams per tonne. Estimates include probable reserves at the Tanjeel of 128.8 million tonnes with a copper grade of 0.7%”.

The firm’s chairman Jean-Paul Luksic said: “We will continue to focus on managing costs even amid higher copper prices and the cash retained will be used to achieve future profitable growth in projects such as Esperanza and Reko Diq, and on the potential for future exploration and acquisitions”. 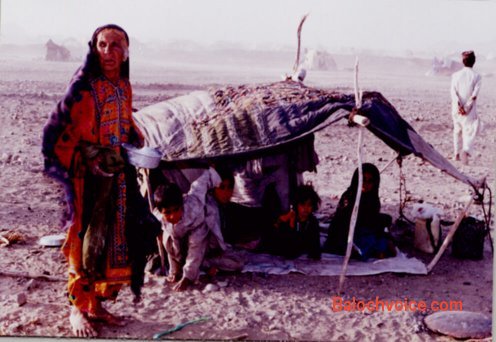 Antofagasta is presently embroiled in a dispute with inhabitants near Chile’s largest copper mines, Los Pelambres, over water rights. Its new dam is cutting off valuable water supplies and poisoning them.

These predator corporations are bothered only about their hefty profits and they ride roughshod over all human, social and environmental concerns where they operate. They customarily disregard people and the environment in search of profit. They have outsourced services to Pakistani contractors such as Capital Drilling, Security 2000, Rak Mor Drilling, Zain Company and Zia and Brothers. In April 2008, Zain Company showed its brute force and terminated services of 40 drilling assistants and recruited novices and non-locals. The AZAT Foundation has tried to protect their rights, and on June 14, 2008 a well-attended demonstration was held outside the Quetta Press Club.

There are many advocates of such mega projects who claim that the Baloch have benefited from their trickle-down effect. Such logic reminds me of Ghalib’s Persian couplet.

(Should I acknowledge the favour of his darning of a tear?
If the very darner then robs me of the darned shirt I wear.)

These ruthless corporate predators along with conniving corrupt politicians and officials have scripted the requiem for Reko Diq. The people will end up poorer and the aquifers and the environment in general will be contaminated with cyanide, arsenic, etc with unremittingly grave consequences for the people.

Given the frenzied way in which the authorities, the politicians and predatory corporations are ravaging Balochistan’s precious resources, one can only wonder why the rulers in Islamabad are surprised, offended and annoyed when the resentment against such injustices turns results in tension. 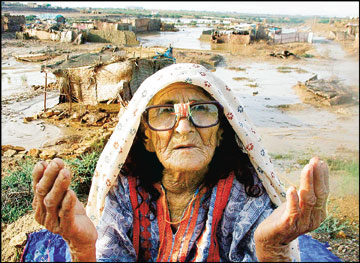