The Baloch people in Balochistan and throughout the world have been shockingly observing the abduction of a UNHCR official in Quetta (Balochistan) for the last many days. As the representative of an organization representing the voice and sentiments of the Baloch people, I am saddened that the decades long heavy handedness of Pakistan towards the Baloch nation has now brought some Baloch to the point where they believe that only such extreme measures will serve their cause and alarm the international community of the plight of the Baloch nation.

One cannot deny the fact that the Baloch people have been the victim of a most cruel state establishment of the contemporary world. Thousands of innocent and defenseless women, children and elderly have been mercilessly and barbarically massacred by the army of Pakistan. The recognized leadership of the Baloch masses have been humiliated, imprisoned or murdered in order to crush the legitimate and democratic struggle of the Baloch people against the state brutalities. Hundreds of Baloch villages have been bombarded and hundreds of thousands have been displaced. Thousands of men and women are have been missing for years and their whereabouts remain unknown.

I personally understand the pain and resentment of those who have lost so much at the hands of Pakistan.  I myself am one who has lost many who were dear to me, including two of my dear uncles, Nawabzada Balach Marri and Mir Asadullah Mengal and a great leader, Nawab Akbar Khan Bugti, at the hands of the tyrannical and cowardly Punjabi-Pakistan establishment.

One cannot deny the fact that such kind of atrocities by the Pakistani state with the assistance of western powers are bound to be resented by the people and extreme reactionary measures on behalf of the affected families are destined to take place as it has been witnessed in other parts of the world facing similar situations.

Nevertheless, the Baloch must not resort to abduction and other violent acts against innocent and peaceful civilians. The harming of human rights defenders and international humanitarian aid workers will surely not serve the Baloch cause in any positive way.

The persons responsible for this act should bear in mind that although they may have perpetrated this act in order expose the misery endured by the Baloch people and gain the attention of the international community which would in turn pressure Pakistan to address the Baloch grievances, however it will adversely affect the Baloch national cause as it will be exploited by Pakistan to portray the downtrodden Baloch as uncivilized and inhumane extremists, resulting in the possible isolation of the secular Baloch nation which is striving to gain its sovereignty and sustain the survival of its cultural and national identity. It may create a chiasm between the well-wishers of the Baloch people among the international community and the Baloch organizations which are struggling against the subjugation and exploitation of the State establishment.

The persons holding Mr. John Solecki should be well aware of the fact that it is not the United Nations but the Pakistani state which has persistently denied the Baloch people their basic human rights and has been responsible for untold atrocities in Balochistan. Mr. Solecki is connected with an organization involved in many humanitarian endeavours in Balochistan and should not be seen as an enemy, but as a friend who has been there at times when people have been victims of natural disasters or brutal atrocities at the hands of states. He has brought aid and comfort to people in distress in several parts of the world, therefore he deserves much better.

I hope the kidnappers of Mr. Solecki who claim to be Baloch, will abstain from committing an act that would only benefit the Pakistan government and its agencies which do not seem genuinely concerned about securing the safe release of Mr. Solecki but is rather strongly denying the injustices faced by the Baloch and has not only launched a crackdown on Baloch political workers, but is also deliberately provoking the kidnappers by adopting a threatening and daring tone which is the typical mindset of the Punjabi-Pakistani occupiers, that could unfortunately lead the kidnappers into taking steps that could tarnish the image of the Baloch nation internationally.

The United Nations and the international community must acknowledge the deceptive strategies of the Pakistani government and must play their due role in addressing the plight of the Baloch nation. The Baloch should also recognize and counter the conspiracies being hatched against them by the oppressors and should respect the efforts of relief workers and human rights activists sincerely working for peace, social justice and equality, regardless of their race, creed, colour, gender or national origin.

I humbly appeal to those who are holding Mr. John Solecki captive to release him unharmed on humanitarian grounds, upholding the centuries old Baloch tradition and values where guests are protected at the expense of one’s own life.
I hope that if those who hold John Solecki are truly sons of the soil, they will consider the appeal of a Baloch brother. 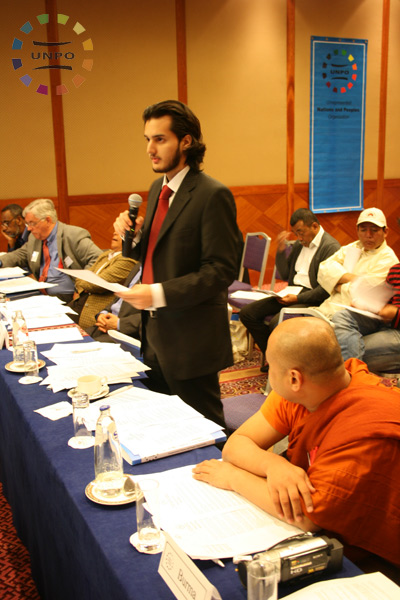