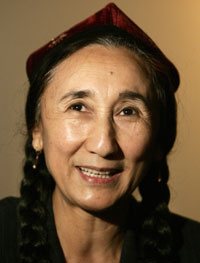 Substantial increase in indictments argued to be evidence of campaign to eliminate even “peaceful expressions of dissent”.

Almost 1300 people were arrested in the western region of Xinjiang between January and November of 2008 accused of “endangering state security”, of whom 1,154 were indicted. The charge includes espionage, subversion, trafficking of state secrets and separatist intentions and can carry the death penalty. The figures were published by the state-backed Procuratorial Daily, and posted on the Xinjiang government website.

The national statistics bureau stated that in 2007 the number of indictments for the same charge numbered 742 for the whole of China. The US based Dui Hua Foundation called attention to the 2007 figure on its release since it was the highest since 1999 but the 2008 figure shows almost a 300% rise in the region over the course of a single year. The New York Times described it an “extraordinary large number of indictments”.

The security campaign across the region has been justified by the Chinese government as a drive against terrorist activities ever since the September 11 attacks in the US. China has repeatedly tried to project an image of the Uyghur community as an Islamic militant group and may hope that drawing attention to such a large number of arrests legitimizes its forceful actions throughout 2008. However, rights groups have taken a very different stance, describing the numbers as evidence of an ever more oppressive regime.

Human Rights Watch researcher, Nicholas Bequelin calculates that around 370 indictments were made in Xianjiang in 2007, and argues that the figure of 1,154 indictments less than 12 months on may reflect a change in Chinese security policy rather than an increase in illegal activity. He also drew attention to the inability to disaggregate from the statistics which indictments may have legitimate grounds and those probably based on non-violent political dissent.

This concern is echoed by the Uyghur Human Rights Project which believes the figures blur “all distinction between peaceful dissent and alleged criminal activity” and are representative of a “concerted campaign to stamp out all forms of dissent”. They also draw attention to the 160 Uyghur children, aged between 8 and 14 who were arrested in the lead up to the Olympic Games in August 2008, accused of participating in “illegal religious activities”.

Rebiya Kadeer, president of the World Uyghur Congress who has worked alongside the UNPO over recent years to fight for democracy in the region stated that the Chinese authorities had carried out a campaign of intimidation with the intention of eliminating even “the most peaceful expressions of dissent”.

The article also reveals that the authorities used “illegal use of coercive measures”, likely to include elements of torture. This revelation, even if unsurprising may mark a new chapter of greater transparency in dealing with such issues according to the US based Dui Hua Foundation. Kadeer suggests however, that such supposed transparency may actually conceal an even higher number of arrests and even more brutal tactics of oppression.

To read a regularly updated commentary on the human rights situation in China according to the Dui Hua Foundation, please click here .

To read the new York Times article on the statistics, please click here .

Photo is of Rebiya Kadeer