The Future of the Caucasus 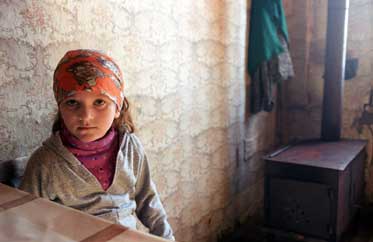 As the violence subsides this week, the international community must consider its options carefully.

The Hague, UNPO - Both of Georgia’s autonomous territories – South Ossetia and Abkhazia – have operated as functional and stable de facto governments since the early 1990s. Last week’s violence was not only a dangerous escalation in longstanding tension in the Caucasus, but will mark an irreversible destabilization of the region.

Firstly, destabilization will be humanitarian. The violence has lead irrevocably to the destruction of basic infrastructure, schools, and the local economy. The second destabilization is political. Abkhazia and South Ossetia have campaigned for international recognition for over a decade. Last week’s conflict will affect public opinion of both authorities and their independence from other states’ influence.

The third issue will be the effects of last week’s violence on the future of the Caucasus. Can Georgia realistically hope to reintegrate Abkhazia and South Ossetia after the conflict subsides, whenever that may be? In a statement this week, the International Circassian Association called for international recognition of Abkhazia, noting that only self-determination could “guarantee the preservation of Abkhazia from total annihilation.”

This is an important idea. As violence subsides, the Caucasus will see two decade-old functioning de facto governments, newly baptized by war and demanding recognition.

The international community should consider its options carefully. The bulk of Abkhaz and South Ossetian grievances stem from the fact that despite being functional de facto governments, they have been cast in political and economic isolation. Both territories are unrepresented internationally, with few diplomatic relations to speak of, and with populations whose cries for self-determination have gone unheard for decades.

The solution to the conflict may be simpler than it seems. The diplomatic dilemma here is not between independence for Abkhazia and South Ossetia and territorial integrity for Georgia. Rather, it is finding solutions in the grey area between statehood and isolation. After violence subsides, the international community must be prepared to respect the integrity of Georgia while satisfying Abkhaz and South Ossetian calls for recognition. They must find a way to engage non-state actors and de facto governments in international human rights fora, diplomatic negotiations, at the UN, and in international law. In an age where territorial integrity and national sovereignty are the buzzwords of diplomacy, the international community would do well to think outside the box in Abkhazia and South Ossetia.

The international community must be engaged in campaigns that support recognized, self-determinate governance in both regions. Abkhazia and South Ossetia are important pockets of stability in a politically delicate region. The international community must engage itself in protecting the rights of their populations, and their right to self-determination out of the hands of both Russia and Georgia.

The violence last week is a reflection of the sorry state of affairs for hundreds of millions unrepresented groups in the world. Nonetheless, there are lessons to be taken away from it. It is only when states learn to engage non-state actors diplomatically, without being alarmed by calls for separatism and independence, that there can be a lasting solution in the Caucasus.

MINISTRY OF FOREIGN AFFAIRS OF THE REPUBLIC OF ABKHAZIA

As a result of the tragic events brought about by the launch of a perfidious war by Georgia against South Ossetia, the civilians have been put under a threat of genocide. The situation in the Caucuses now threatens world-stability, and, for its part, Abkhazia charges the Georgian side with full responsibility for this tragedy. Georgia is also solely responsible for the irreparable consequences of this conflict, which has already cost the lives of 2000 civilians in South Ossetia.

In addition to its manifest infringement of human rights, Georgia has also given a clear demonstration of what an irresponsible participant it is in any political processes, having blatantly violated signed agreements. Abkhazia has more than once pointed this out to the participants of the Georgian-Abkhaz negotiation process. The conclusion must be that the lack of any adequate assessment of the actions of Georgia by the International Community contributed to the large number of innocent victims and refugees in this conflict. International mediators in the Georgian-Abkhaz and Georgian-Ossetian conflicts (inter alia the UN Security Council and OSCE) have proved their hopelessness and incompetence in helping to resolve emergencies in the field of conflict resolution and/or prevention. The latest meetings of the UN Security Council have given ample to the Abkhazians that they can expect no possible security guarantees from the International Community in the case of renewed armed aggression by Georgia against Abkhazia. The Georgian actions, supported by a barrage of disinformation from the leading American and British mass-Media, reaffirms that Georgia has been considering and continues to consider a forceful resolution to the Georgian-Abkhaz conflict. We have come to the conclusion that such a resolution by force will have been based on approval from those friends of Georgia who have been trying to convince Abkhazia of the peaceful intentions of Saakashvili’s regime. The Abkhaz side considers the actions of the mediators as a deliberate attempt to deceive them in order to weaken the defense capacity of the country.

Taking into account the foregoing and also the decision of Georgia to secede from the CIS, Abkhazia considers it important to keep a substantial contingent of Russian peacekeepers on its territory, as clearly only Russia is able to act as guarantor of the preservation of the Abkhaz nation and stability all over the region.

As for the resumption of the Georgian-Abkhaz negotiation-process, the sole prior condition is the recognition of the independence of Abkhazia by Georgia.