Call To End All Hostilities in South Ossetia and Abkhazia 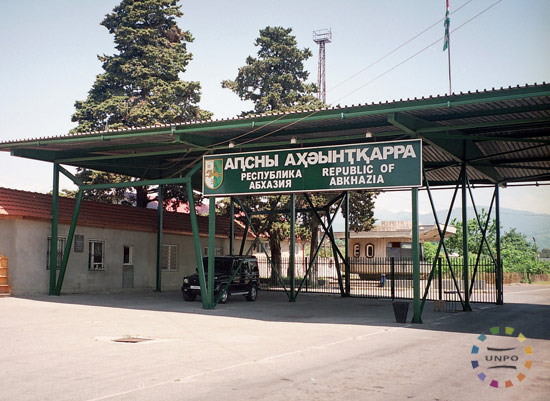 In Georgia, South Ossetia, and Abkhazia, thousands of people have fled their homes. Residential areas in Tskhinvali and Gori alike have been made shelling targets, and authorities have warned of an impending attack on Tbilisi.

Both of Georgia’s autonomous territories – South Ossetia and Abkhazia – have operated as functional and stable de facto governments since the early 1990s. Political activism predates Georgia’s declaration of independence from the former Soviet Union in both territories, and conflicts in both have fuelled Russian-Georgian tensions for decades.

As the current crisis in South Ossetia disintegrates, Abkhazia will follow. An additional 9,000 Russian paratroopers are to be deployed this week to Abkhazia, an area twice the size of South Ossetia along the Black Sea. On Monday [11 August 2008], Gen. Sergei Chaban, head of the Russian peacekeeping force in Abkhazia, issued an ultimatum to Georgia that it must disarm troops near Abkhazia, or face Russian forces. As of Tuesday [12 August 2008], armed groups in Abkhazia say they have begun military operations against Georgian forces.

The situation is already a dangerous escalation in longstanding tension in the Caucasus. Continued violence in Abkhazia will mark an irreversible destabilization of the region.

Firstly, destabilization will be tangible. War in Abkhazia will lead irrevocably to the destruction of basic infrastructure, schools, and the local economy. Just as fierce fighting between Georgia and Abkhaz separatists gave rise to thousands of refugees and casualties in 1993, war this week will have devastating humanitarian consequences for Abkhazia. Recovery from this destruction will take decades.

The second destabilization is political. Since Abkhazia proclaimed its right of self-determination in 1992, it has not been recognized by any members of the UN. In spite of this, Abkhazia has operated as a relatively successful de facto state, with a stable government structure and a functional judiciary. It has been engaged in German-mediated negotiations with Georgia in Berlin since June of this year [2008]. The talks, backed by the EU and the UN Secretary-General’s so-called Group of Friends of Georgia (including Britain, France, Russia, and the US), produced a nonviolence agreement and included discussion on the legal status of Abkhazia and the repatriation of Abkhaz refugees in Georgia. Though Abkhazia has yet to agree to the German-backed plan, political progress in the Georgian-Abkhaz conflict has generally been significant in recent months.

Abkhazia and South Ossetia have campaigned for international recognition for over a decade. This week’s conflict will endanger any progress made.

The third issue will be the effects of this week’s violence on the future of the region, and that of other de facto states in the world. Can Georgia realistically hope to reintegrate Abkhazia and South Ossetia after the conflict subsides, whenever that may be? In a statement this week, the International Circassian Association called for international recognition of Abkhazia, noting self-determination as the only thing that can “guarantee the preservation of Abkhazia from total annihilation.”

This is important to remember. Regardless of all that has transpired, one thing remains certain. After the violence subsides, the Caucasus will see two decade-old functioning de facto governments, newly baptized by war and demanding recognition.

The international community should consider its options carefully. The bulk of Abkhaz and South Ossetian grievances stem from the fact that despite being functional de facto governments, they have been cast in political and economic isolation. Both territories are unrepresented internationally with few diplomatic relations to speak of.

The solution to the conflict may be simpler than it seems. The diplomatic dilemma here is not between independence for Abkhazia and South Ossetia and territorial integrity for Georgia. Rather, it is finding solutions in the grey area between statehood and isolation. After violence subsides, the international community must be prepared to respect the integrity of Georgia while satisfying Abkhaz and South Ossetian calls for recognition. They must find a way to engage non-state actors and de facto governments in international human rights fora, diplomatic negotiations, at the UN, and in international law. In an age where territorial integrity and national sovereignty are the buzzwords of diplomacy, the international community would do well to think outside the box in Abkhazia and South Ossetia.

The violence this week is a reflection of the sorry state of affairs for hundreds of millions unrepresented groups in the world. It is only when states learn to engage non-state actors diplomatically, without being alarmed by calls for separatism and independence, that there can be a lasting solution in the Caucasus.

Below are statements issued by the Abkhaz government and international non-governmental organisations, calling for the cessation of all hostilities and for international intervention:

The continued aggression displayed by Georgia towards South Ossetia has worried the Abkhaz government and civil society. A statement released on 8 August 2008 by the Abkhaz government calls for the immediate end to all hostilities. Furthermore it views the “actions by Georgia […] a grave violation of International law that will lead to a destabilization of the situation in the whole region. […] It can easily lead to irreversible and unforeseen consequences.

The reaction of the International Community to the prevailing situation is seen in Abkhazia as a good indication of its likely reaction, should similar military intervention against Abkhazia be undertaken by the Georgian side. Taking everything into consideration, the conclusion must be clear to all: there are absolutely no prospects for the reintegration of Abkhazia and South Ossetia into Georgia.”.

In a statement issued by representatives of several non-governmental organisations they express their shared shock as the “entire population of South Ossetia have actually become a target for a massive attack from the Georgian army. […]

Despite declarations about adherence to exclusively peaceful ways of conflict resolution, the Georgian leadership has now taken a treacherous decision to start military operations against the people of South Ossetia. Hundreds of civilians are dead and wounded, the hospital, schools accommodation blocks in Tskhinval have been destroyed. Barbaric shelling of the civilian population testifies to a gross transgression by Georgia of human rights and has caused a desperate humanitarian disaster across the whole of South Ossetia.

By repeatedly declaring its commitment to a peaceful resolution Georgia is attempting to mislead the international community about its true intentions. It must be obvious that Tbilisi has embarked on the path of a resolution of conflicts by force of arms. In light of this the so called 'peace initiatives' by Saakashvili are perceived in South Ossetia and Abkhazia as nothing other than a screen to mask Georgia' s goals, which are far from peaceful.”

The NGO’s additionally call upon the international community to put amn end to Georgian agerssion.

The International Crisis Group (ICG), an independent international non-governmental organization, warns that the conflict could spread to the wider Caucasus region, including Abkhazia if hostilities are not halted immediately. It is furthermore worried about the humanitarian threat that unfolds in the region and consequentially call on all parties involved to “uphold humanitarian law, protect the civilian population and resume talks to stop an expansion of the conflict.” To return to a nonviolent solution ICG calls upon the international community for a united international to prevent further conflict and bloodshed.

Ministry of Foreign Affairs of the Republic of Abkhazia