A UNPO training seminar held in Berlin in April 2008 stands as a reminder of effective campaigning through nonviolence.

As the Olympics draw near, UNPO reflects on a leadership training seminar held in Berlin in April 2008 as a notable example of progress made through education, empowerment, and nonviolence. At an event featuring such speakers as Senator Marco Perduca and Ms Rebiya Kadeer, young leaders in the Uyghur community came together to discuss the future of human rights promotion in China.

The World Uyghur Congress (WUC) together with the Unrepresented Nations and Peoples Organization (UNPO) and support of the National Endowment for Democracy (NED) organized their second leadership training seminar in two years. This year it was organised in Berlin Germany from the 21st until the 24th of April 2008. The seminar proved to be a great success and was another great opportunity to empower the Uyghur diaspora, it furthermore was a great occasion to  show the world the difficult position the Uyghurs in East Turkestan are facing.

Future leaders of the Uyghur community gathered in Berlin, Germany to take part in an intensive programme of lectures, discussions, workshops, educational visits, meetings at the German Parliament, to prepare concerted efforts to raise international awareness of the reality of life within China’s borders as an ethnic and religious minority.

As China’s economic weight increasingly encourages the international community to accept promises of “democratisation” and “human rights protection”, and with China preparing to present itself to the world during the 2008 Olympic Games, minority communities are working to remind the world that the People’s Republic of China remains a state in which the death penalty is applied more frequently than anywhere else, in which freedom of religion, speech, and assembly are substantially curtailed, and in which ethnic and religious minorities, exemplified by the Uyghurs, continue to suffer the systematic violation of social, political, and human rights.

In this context the event in Berlin was organised sought to ensure the Uyghur community the knowledge and experience necessary not only to make efficient use of the international bodies that exist to ensure their rights are protected, but also to build capacity in the field of human rights and democratisation efforts. Seminars and workshops held by experts and practitioners in their fields, covered topics ranging from lobbying at the United Nations to effective use of human rights instruments and nonviolent organisation and campaigning. This was supplemented by visits and introductions to the German Reichstag. Workshops and interactive seminars stimulated active debate about how the Uyghur community might best direct its efforts to more effectively document, publicise, and pursue an end, through effective advocacy and campaigning, to the systematic and widespread human rights abuses against the people of East Turkestan.

UNPO and WUC were thrilled to welcome multiple guests of honour on the opening day, including Mr. Günther Nooke, Federal Commissioner for Human Rights Policy and Humanitarian Aid at the German Ministry of Foreign Affairs, Mr. Dirk Pleiter of Amnesty International, Ms. Frances Eqerer, representative of Mr. Margarete Bause from the Green Party of the Bavarian Parliament, and Mr. Feruk Unsal, Member of Parliament in Turkey.

The event also greatly benefited from the active participation and contributions by prominent Uyghur personality, Ms. Rebiya Kadeer, President of the WUC, who is herself amongst the victims of China’s efforts to bring “stability” to East Turkestan. She has since her election as president to the WUC continued to work for the human rights of the people of East Turkestan. Her work has already earned her the Rafto Prize for Human Rights and several nominations for the Nobel Peace Prize. The participation of Ms. Kadeer, as a remarkable woman personifying Uyghur activism through nonviolent means, significantly contributed to the event.

The continued Uyghur commitment to nonviolence was applauded by speakers at the event, as they alongside participants emphasised the need for continuous renewal and innovation when planning nonviolent action, especially as the world’s media descends upon Beijing for the forthcoming Olympic Games.

As Uyghur leaders return to their respective communities to communicate their impressions and conclusions from a week of intense dialogue, and whilst minorities living within China continue to face a precarious future, the event is envisioned to enable and empower Uyghur leaders to make their campaign for human rights more visible, to ensure effective action and to draw increased international attention to one of the most underreported campaigns of human rights abuse anywhere in the world.

Please click on the links below for newspaper articles covering the seminar: 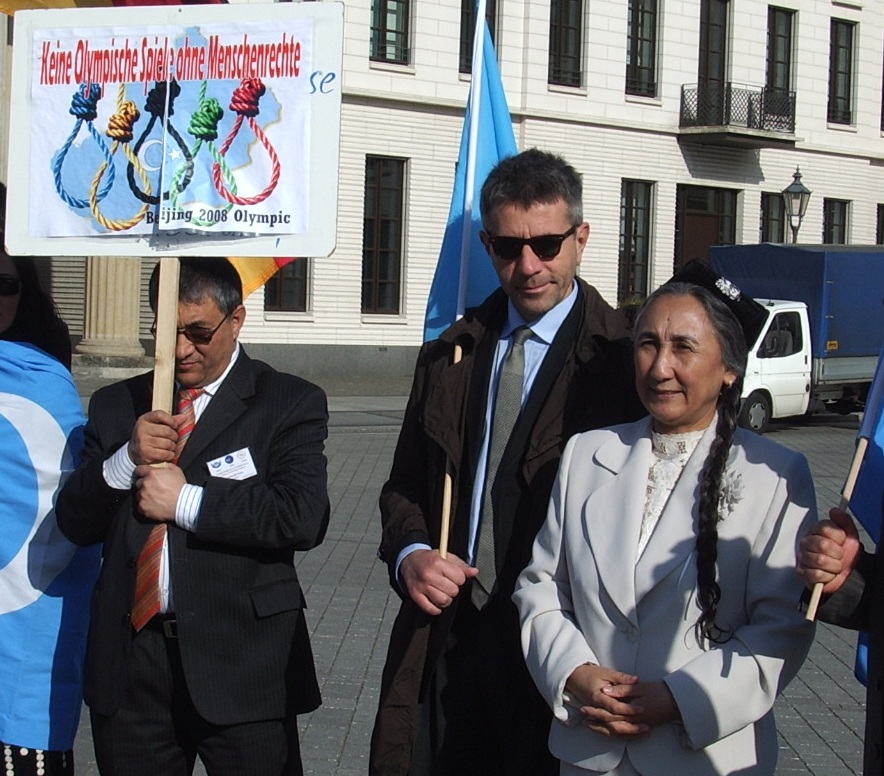 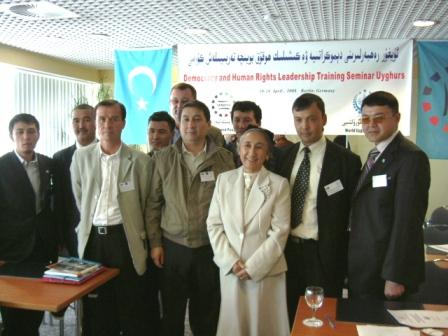 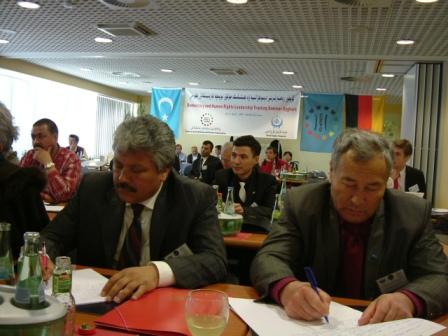