Discrimination Thrives Against Kurds in Iran 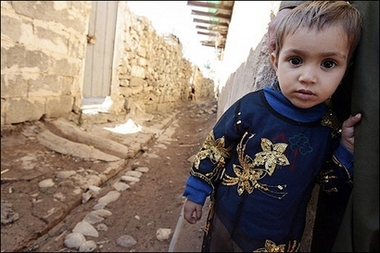 The Iranian government is failing to prevent discrimination against its Kurdish population, Amnesty International says.

Below is an article published by Human Rights Digest:

Iran’s government is failing in its duty to prevent discrimination and human rights abuses against its Kurdish citizens, particularly women, said Amnesty International in a new report published today [31 July 2008]. The organization expressed fears that the repression of Kurdish Iranians, particularly human rights defenders, is intensifying.

The report cites examples of religious and cultural discrimination against the estimated 12 million Kurds who live in Iran and form around 15 per cent of the population. It focuses on issues related to housing, education and employment. Human rights defenders and media workers are also being targeted for speaking out.

“Iran’s constitution provides for equality of all Iranians before the law. But, as our report shows, this is not the reality for Kurds in Iran. The Iranian government has not taken sufficient steps to eliminate discrimination, or to end the cycle of violence against women and punish those responsible,” said Amnesty International.

The report says that Kurdish women face a double challenge to have their rights recognized — as members of a marginalised ethnic minority, and as women in a predominantly patriarchal society. Although women and girls form the backbone of economic activity in the Kurdish areas, strict social codes are used to justify denial of their human rights. Such codes mean that it can be very difficult for government officials to investigate inequalities in girls’ education, early and forced marriages, and domestic violence against Kurdish girls and women — and the severe consequences of some of these abuses, including “honour killings” and suicide.

“Kurdish women are victims of violence on a daily basis and face discrimination from state officials, groups or individuals, including family members. Iranian authorities are obliged to exercise due diligence in eradicating violence against women in the home and in the community but this just isn’t happening,” Amnesty International said.

“We urge the Iranian authorities to take concrete measures to end any discrimination and associated human rights violations that Kurds, indeed all minorities in Iran, face,” said Amnesty International. “Kurds and all other members of minority communities in Iran, men, women and children, are entitled to enjoy their full range of human rights. The Iranian authorities should promote and protect the rights of human rights defenders, including women’s rights activists, and abide by their obligations under international human rights law.”