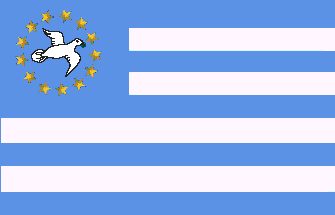 UNPO has received news of the arrest and detention of Mr. Nwachan Thomas, a leader of the Southern Cameroons National Council (SCNC).

Below is an article by UNPO:

According to reports, Mr. Nwachan Thomas has been in detention at the Gendarmerie Brigade Territorial at Ntarinkon-Bamenda Town since Friday July 25, 2008. Mr. Thomas was arrested as he erected a signpost on behalf of the Southern Cameroons National Council (SCNC) in front of the SCNC office in Bamenda Town - Cameroon. According to eyewitness reports, the SCNC office was ransacked by authorities, and Mr. Thomas was subject to beatings upon his arrest.

Mr. Thomas, a businessman approximately 55 years of age, is currently held incommunicado in an allegedly overcrowded prison cell alongside hardened criminals. He has not been charged, and is reportedly being denied of sufficient food, medical attention, and adequate legal counsel.

Mr. Harmony Bobga Mbuton, Mr. Thomas' Barrister, who visited the prison on Friday for Mr. Thomas' interrogation, has reported that Mr. Thomas was interrogated in French, a language Mr. Thomas does not understand or speak. When Mr. Mbuton protested at the interrogation, the Brigade Commandant in charge allegedly threatened Mr. Mbuton with arrest for obstructing the work of the police and the military. Mr. Mbuton was denied access to his client today [Monday 28 July 2008].

UNPO is highly distressed by the news of this arrest, and urgently appeals for the unconditional release of Mr. Thomas. It seems that Mr. Thomas, a long-time SCNC activist, is at present a victim of politically-motivated authoritarianism and a prisoner of conscience. Accordingly, UNPO calls for intervention by authorities at all levels.