Shell Out of Ogoniland 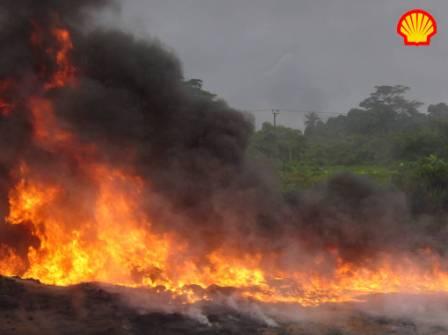 After years of nonviolent struggle against the injustices committed by Shell in Ogoniland, the Nigerian Government decided to oust the multinational oil company.

In a statement released by Ledum Mitee, President of the Movement for the Survival of the Ogoni people (MOSOP), and President of the Unrepresented Nations and Peoples Organization (UNPO), he welcomes the Nigerian Governments decision to replace Shell as the oil operator in Ogoniland.

Below is a copy of the letter written by Ledum Mitee:

We are writing on behalf of the Ogoni people to express our gratitude to Your Excellency for the decision of the Federal Government to replace Shell as the operator in the Ogoni areas. An Ogoni Congress- the largest of our formal meetings- organised over the weekend that achieved the strongest turnout since the end of military rule -resolved to formally express the solidarity of the Ogoni people with the decision and to assure that the Ogoni people are committed to playing a constructive role in the transformation process.

The Federal government’s decision understandably caused considerable excitement at the Congress as focus of participants drawn from all the Kingdoms and facets of the Ogoni community was clearly positive and dwelled on the prospects for the future.

Notwithstanding our aspirations as a people, we believe that the laudable decision by the federal government could open up opportunities for Ogoni to play a unique, positive and transformational role for our region and our nation. If the challenges and opportunities presented by this new situation can be addressed in a manner that do not lower our standards in terms of restoring the natural environment and securing a viable future for our people,  then there will be extraordinary precedents set for reframing key issues.

For example, we are aware that the considerable gas reserves in Ogoni are presumably not connected to present export obligations. It would be more than gratifying to our people if gas from our region were to play a role in addressing the gas and electricity shortages affecting our entire nation.

If a new oil operator is able to break with the past and design a relationship with local people based around just treatment of communities and innovative approaches to development and employment then the message for the Niger Delta could be truly inspiring and groundbreaking.

None of the above takes away from the facts that there will be considerable pressures in the weeks and months ahead of us. We are already aware that the pressures from potential oil operators and local content partners will be intense.

We would particularly urge the Federal and State Government to ensure that those applying for license to operate in Ogoni do so within the context of evidence based approach on their commitment to the highest possible environmental and social standards.

This aspect should be as public, transparent, and open as possible as there is no question that the co-operation of our communities must be won rather than assumed after years of abuse and conflict.

A hasty decision in favour of an oil operator of questionable or unknown character could be disastrous. There is no desire amongst our people to find ourselves with an oil operator that repeats the mistakes of the last few decades in Ogoni.

Finally we would urge you and the State Government to take advantage of this period of goodwill by looking towards immediate opportunities for building on this in a manner that can bring hope to the whole of the Niger delta.

Whilst assuring your Excellency of our highest regards, we look forward to your future communication and hope that together we can grasp a valuable opportunity to turn the tide of conflict in our region.

Furthermore MOSOP released a press statement in which it urges the Nigerian government for a consultative role in future negotiation with oil companies.

Below is a copy of the press statement written by Mr. Ledum Mitee:

The Movement for the Survival of the Ogoni People (MOSOP) has today commended the Federal Government’s decision to appoint another operator in place of Shell for the Ogoni area, describing it as a bold step that stands the brightest chance of quickening the resumption of oil activities in Ogoni.

Commenting on the development, the President of MOSOP, Mr. Ledum Mitee, said today in Port Harcourt:

“We agree that the relationship between Shell and the Ogoni people has been damaged irreparably and therefore the President’s decision is timely and appropriate.”

“There is now a profound opportunity for the Federal Government to recognise and address the grievances of the Ogoni people in a manner that can bring hope to the whole Niger Delta region. A dialogue on the way forward that centres around the Ogoni Bill of Rights would do much to reassure our people”.

We note the reports that commitments have been made to address existing environmental damage. It is vital that the remediation of Ogoni is an exercise that is treated with urgency, transparency, and commitment by all parties.

“As to any future oil company we see this as an opportunity for government to seek an operator who can play a transformational role by recognising the centrality of human rights, justice, and the environment from the outset of its operations”.

“MOSOP will in the days ahead seek to play a constructive and leading role in the debate over what will be requried of an oil operator to win the confidence of our communities and provide a groundbreaking positive model for the Niger Delta”.

“At the end of an era we are proud that we non-violently resisted abuse and environmental degradation of our land. Issues such as gas flaring that were central to our campaigns in 1993 have now become issues of national and global importance. It is a fitting tribute to the sacrifices of our heroes”.

“We also pray that Royal Dutch Shell as a company will learn from this experience and take a renewed look at why its policies and practices in Nigeria are so far apart”.

In a related development, an Ogoni National Congress organized under the auspices of the Movement for the Survival of the Ogoni People (MOSOP) is scheduled to hold at Suanu Finimale Nwika Conference Hall, Bori on Saturday, June 7, 2008 by 10.30 am All Ogonis are thus enjoined to attend as vital issues relating to the current development would be deliberated upon.