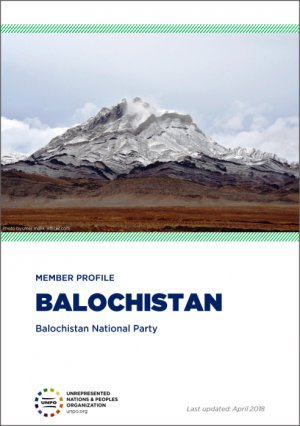 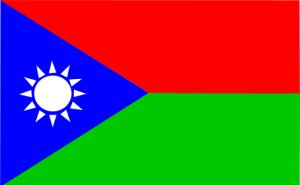 The BNP was established in 1996 by Akhtar Mengal, a former Baloch politician whose father was the first democratically elected Chief Minister of Balochistan. The Mengal family is known for having spent their lives fighting for Baloch residents to be equal owners of the province, irrespective of their ethnicity and language.

The Party is deeply rooted in Baloch society in Eastern Balochistan, Karachi, among the Baloch Diasporas in the Gulf Arab countries and among Baloch refugees and immigrants in Western countries. It also has branches in most European countries and North America. They believe in greater autonomy for Balochistan through peaceful and democratic means and aim to continue the cause of the Baloch National Movement. The Party also aims to eradicate economic exploitation in Balochistan, as well as promote equal employment opportunities for people in the region. Additionally, they intend to set up a secular Baloch national state which respects all faiths, religions, and cultural traditions.

The Baloch National Movement (BNM), a Baloch nationalist political organization, believes that Balochistan should be declared a disputed territory and the international laws applicable in such a case should be implemented. In declaring Balochistan a conflict zone, the aspirations of the Baloch people should be taken into consideration for the solution of the conflict. 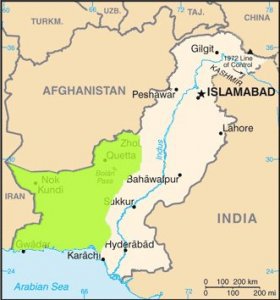 It accounts for nearly half of Pakistan's land mass and is immensely rich in natural resources, including oil, gas, coal, copper and gold. Despite Balochistan’s immense mineral wealth, it is one of the poorest and under-privileged provinces. Much of the population is malnourished, illiterate and living with no electricity or clean drinking water. Since the controversial decision of the Khan of Kalat in 1948 to sign the Instrument of Accession that paved the way of Balochistan being incorporated into Pakistan, the Baloch people report gross human rights violations that seldom surface in international media channels.

Furthermore, the province has the highest infant and maternal mortality rate, the highest poverty rate, and the lowest literacy rate in Pakistan. Pakistan fails to provide basic rights to the people of the province of Balochistan, including educating children. Young girls are dropping out of school at an alarming rate. Nine out of every ten girls are out of school in rural Balochistan, making girls and women the biggest victims of illiteracy in the territory.

Baloch insurgents have been engaged in a protracted conflict with the Pakistani state since the Instrument of Accession. This has seen five separate periods of heightened insurgency against Pakistan for the restoration of their freedom and right to self-determination.  The Pakistani state has always used aggressive military means to suppress the Baloch insurgency that often. The Pakistani Government has even tested nuclear bombs in Balochistan and has continuously polluted the region.

Since 2003, when the fifth insurgency began, there has been an increase in the use of enforced disappearances by Pakistani state agents as a way to silence Baloch freedom fighters and their families. In the past five years, there have been an extensive amount of “kill and dump” operations, in which Pakistani security forces abduct Baloch people and kill them. Further, there is no adequate accountability mechanism to hold the security forces to account, and thus there exists large scale impunity. This means that there is no case against the perpetrators or any legal process. Often, the bodies are found days later with visible signs of torture or mutilation. In other instances, the bodies are never found and the Pakistani Government denies responsibility. In 2011, the Pakistani Interior Minister acknowledged that around 1,100 Baloch people have disappeared. However, Baloch activists claim that more than 10,000 people have disappeared.

One of the biggest issues that Balochistan is facing at the moment is the China-Pakistan Economic Corridor (CPEC), specifically the manner in which it is being implemented without due regard to the indigenous Baloch people. These feelings are compounded by the government and military’s approach whereby they agree to deliver the project whatever the cost; former Prime Minister Nawaz Sharif even went as far to call those opposing CPEC enemies and traitors of Pakistan.

The feeling that Balochistan will be excluded from the potential rewards that CPEC promises to bring comes with good reason when looking at the facts. In 2016, whereas 12 percent of infrastructural development funds were allocated to Balochistan and Khyber Pakhtunkhwa 70 percent was allocated to Punjab and other areas.

For more information regarding Balochistan, including: