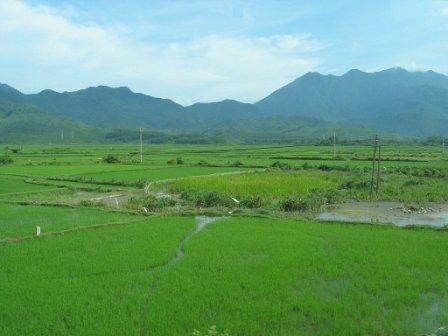 An urgent appeal has been issued by the Khmer Kumpuchea-Krom Federation calling on the Vietnamese authorities to rein in their security forces and respect Khmer Krom human rights and civil liberties.

Below is an appeal issued by the Khmer Kampuchea-Krom Federation:

What started as a peaceful gathering by Khmer-Krom farmers seeking an explanation to why a bridge was destroyed has turned into a full scale crackdown by Vietnamese officials starting yesterday [8 April 2008].

At 10pm local Vietnam time, 7 April 2008, over 10 cars were deployed by Vietnamese authorities to arrest Mr. Chau Hen, aged 55. He was interviewed by Radio Free Asia in the Khmer program (citizens are prohibited from listening to such programs) on 7 April 2008. The villagers attempted to protect Mr. Chau Hen by gathering in a large [number] and Vietnamese police left the area.

They returned however in full force in the early hours (approximately 2:30am) of 8 April 2008 in a second attempt to arrest Mr. Chau Hen.  Armed with guns, the Vietnamese police started to discharge gunshots to scare villagers away from Mr. Chau Hen. A smoke bomb made of unknown substance was thrown into the home of Mr. Chau Hen rendering his 4 children immediately unconscious.

Some of the farmers were wounded when the gunshots directly hit them. Amongst the injured was Mr. Hen’s family, his wife, aged 55, Neang Phon, his nephews, Chau Kha and Chau Ban who were shot in the leg.

Two other victims, Chau Nhung and Chau An have bleeding head wounds, one claiming that they were stabbed by the Vietnamese authorities.  Mr. Chau Ut house was also targeted by the authorities who smashed their way through his house seeking documents. During the time, Neang Nhay, Chau Thi, Chau Ut’s mother and the brother of Chau Ut was in the house and received injuries as result of the attack. Since the attack, he has been reported missing.

Mrs. Neang Phon has reported to RFA on 9 April 08, 20082 that the victims of the crackdown was refused medical aid.

On behalf of the Khmer-Krom farmers, especially the victims, Mr. Chau Hen and his family, we urgently appeal for your support to condemn acts of violence against the defenceless Khmer-Krom farmers by the Vietnam authorities.

We urgently ask for your intervention by helping to investigate and seek the justice for the Khmer-Krom farmers. We also ask for your help to pressure Vietnam to give immediate medical compensation for the victims of the shooting.