UNPO is hosting the release event of its report : The Growing Suppression of Self-Determination : The Tools of Repression Used To Silence Activists Around the World. The report sheds light on the various methods used by governments around the world to silence self-determination activists. Often these methods contravene the obligations said states are party too under international rights bodies and indeed their own consitutional order. More and more minority groups are targetted as fifth columns of the state and organizations banned for merely advocating a different constitutional order. The report uses a comparative analysis of Spain's treatment of the Catalan self-determination movement after the 2017 Referendum organized in the country with other cases around the world, showing how even - albeit flawed - democracies have served as inspiration to autocrats repressing their own self-determination movements. The event is held in paralell to the high-level discussion on minority rights at the UN General Assembly in New York. 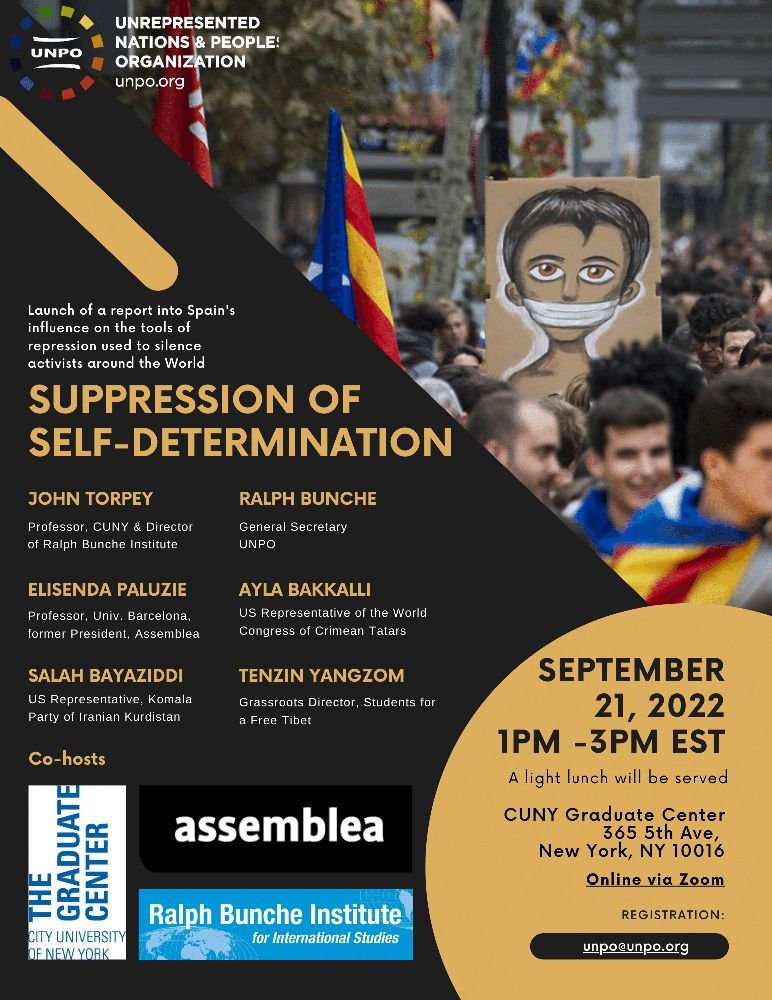