On 14 October 2019, the Spanish Supreme Court sentenced the former presidents of Catalan National Assembly and Omnium Cultural Jordi Sanchez and Jordi Cuixart to nine years for participating in the Catalan independence movement. Their ability to appeal the sentencing has been limited due to the existing legal structure of Spain. Since then, human rights groups have demanded both to be freed. This has prompted over 40 MEPs to sign a letter that expresses solidarity with Sanchez and Cuixart, immediately release Sanchez and Cuixart, reform the legal system in Spain to allows for a better system for appeals and consider allowing for temporary leave for prisoners due to the Covid-19 crisis. 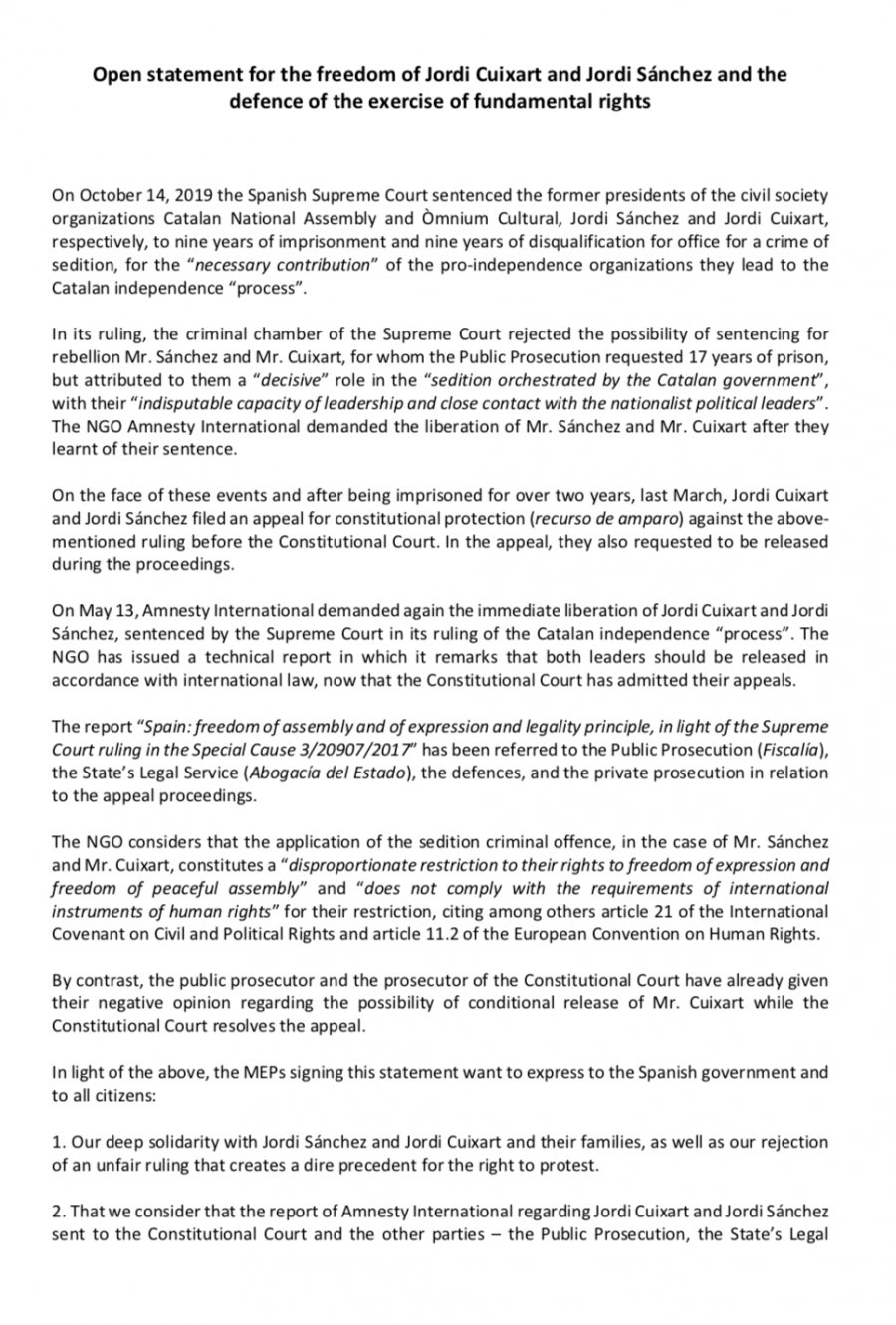 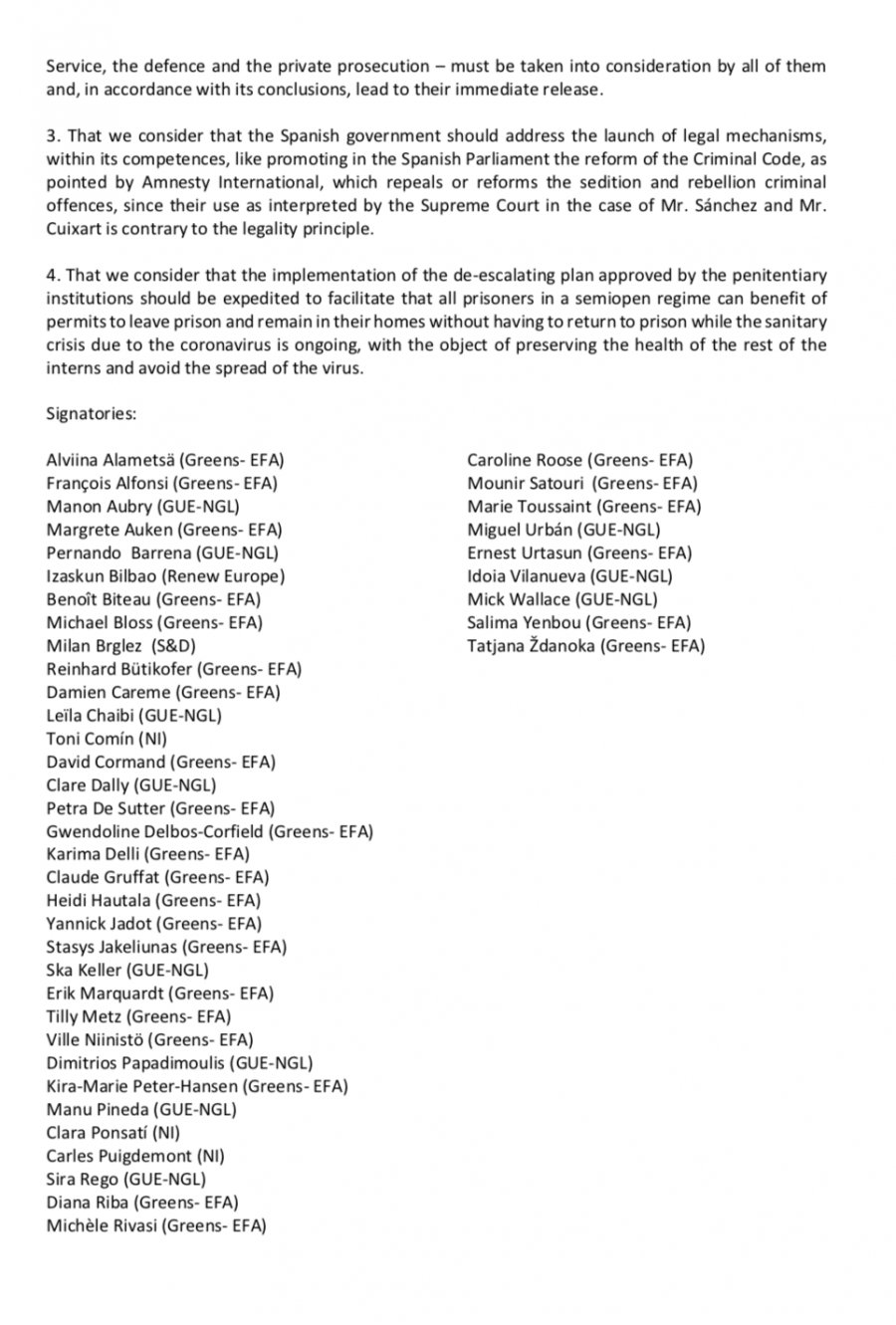