The National Democratic Congress (NDC), the main political opposition in Ghana, has condemned the military deployment in Western Togoland (Volta Region) ahead of the 2020 Ghanaian elections. The move has been widely critcised by the opposition, while K.T. Hammond, an MP for the ruling New Patriotic Party, stated that the deployment is partly to stop illegal immigrants from Togo crossing the border and registering for the election. Moreover, Interior Minister Ambrose Derry stated that the military had been present since coronavirus measures were put in place. Critics, however, argue that Western Togolanders are being prevented from registering for the election as Western Togoland is an NDC stronghold.

Below is an article by BBC News Pidgin

According to Interior Minister, Ambrose Derry "we start dey deploy from beginning of Covid, I be Ministry of Interior wey I dey talk so. Check like dem refuse to recognize dis until now." 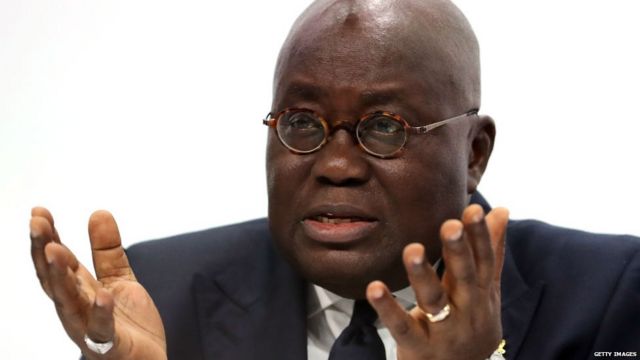 Background on why Togo border be key to Ghana politics

De people from Volta region and Togo be the same tribe, except say de border dey divide dem between Ghana and Togo.

Traditionally, Volta region be de stronghold of opposition NDC, dis be de reason why opposition members and some Ghanaians dey suspect govment of attempts to intimidate people for de region.

Suspicions from years ago be say during elections some people from Togo dey enter Ghana to vote, so sake of dis wey govment send military to Volta and Oti regions.

"Ahead of de voter registration exercise and December elections, e be important say we go demonstrate fairness den justice to everyone den groups of people while we also maintain de integrity and sanctity of de process" he add.

The presence of the military and other security agencies in some parts of the Volta and Oti Regions is generating animosity especially amongst innocent citizens whose basic way of life is being disrupted... pic.twitter.com/m21VEMVoBi

There are those who think they'll be better off when they fan ethnic sentiments for Political Advantage. No sense in that thinking. And the government must also stop illiterate party officials from making comments that provoke ethnic sentiments. We need a louder voice!

So why is there alleged upswell in military operation in some parts of Oti and Volta Regions? Let us becareful the messages we convey ahead of the elections.

Are we hearing of the same military presence in the Ghana-Burkina Faso border ?

If you think there’s nothing wrong with the kind of deployment in Volta region, you’re probably part of the problem.

Why are we adding tribalistic sentiments to military personnels deployment in the Volta Region? Facts are facts let’s not lose sight of that!Govts motive isn’t to de-franchise any citizen but rather non-citizens from attempting to penetrate our electoral system and that is that

You claim foreigners came from Togo to vote in Volta region during an election that you won. Now are trying to prevent that same thing from happening again by deploying the military to the region.
Does this make sense?
Shouldn't your victory rather be questioned??