On the 1st of October, which marked the 70th anniversary of the establishment of the People’s Republic of China, the Unrepresented Nations and Peoples Organization (UNPO) together with the World Uyghur Congress (WUC), the International Campaign for Tibet (ICT), the Belgian Uyghur Association and the Tibetan Community in Belgium, organised a joint march and demonstration in Brussels to call for an end to the systemic human rights violations in China. This peaceful protest collectively honoured those who have fallen victim during the 70 years of Chinese repression and demanded that all freedoms and basic human rights of people in China be respected.

The demonstration gathered at Square de Meeûs – close to the European Parliament – where a minute of silence was held to commemorate the victims of 70 years of Chinese suppression and to stand in solidarity with those that are currently detained or otherwise suffering from China’s repressive policies both domestically and internationally. After the minute of silence, the crowd was addressed by UNPO’s EU Representative Lucia Parrucci, who introduced MEPs Phil Bennion, Molly Scott Cato, Martin Harwood, Mikuláš Peksa, and Raphael Glucksman, as well as Belgian MP Cogolati and Henri Malosse, 30th President of the EU Economic and Social Committee (EESC). All these speakers underlined the severity of human rights abuses in China, consequently calling upon the European Union specifically to address these issues proportionally during its communications with the People’s Republic of China.

After these speeches, over 700 people started their peaceful march towards the Schuman roundabout, where the European Commission and the European External Action Services (EEAS) are situated. Here the crowd showed their mutual solidarity by chanting slogans in support of Uyghurs, Tibetans and Hong Kongers, after which opening remarks were given by UNPO Vice-President and WUC President Dolkun Isa and Phurbu Dhondup, President of the Tibetan Community in Belgium. Their collective voice illustrated the importance of the struggle for freedom for people within China and their diaspora communities, which was exemplified by the speech of Ray Wong, former leader of the 2014 Hong Kong Democracy protests.

The demonstration concluded with speeches by President of the Belgium Uyghur Association Yashar Yalkun and Vincent Metten, Policy Director of ICT Europe. Both reiterated the principal message of the day: as the situation for (ethnic) minorities in China has rapidly deteriorated, the international community cannot accept another 70 years of repression but should issue a strong and principled response to hold Beijing accountable for its denial of fundamental human rights. For the EU specifically, this starts with making human rights a top priority by raising them consistently and properly in their dealings with the People’s Republic of China.

For media coverage about the event, please see: 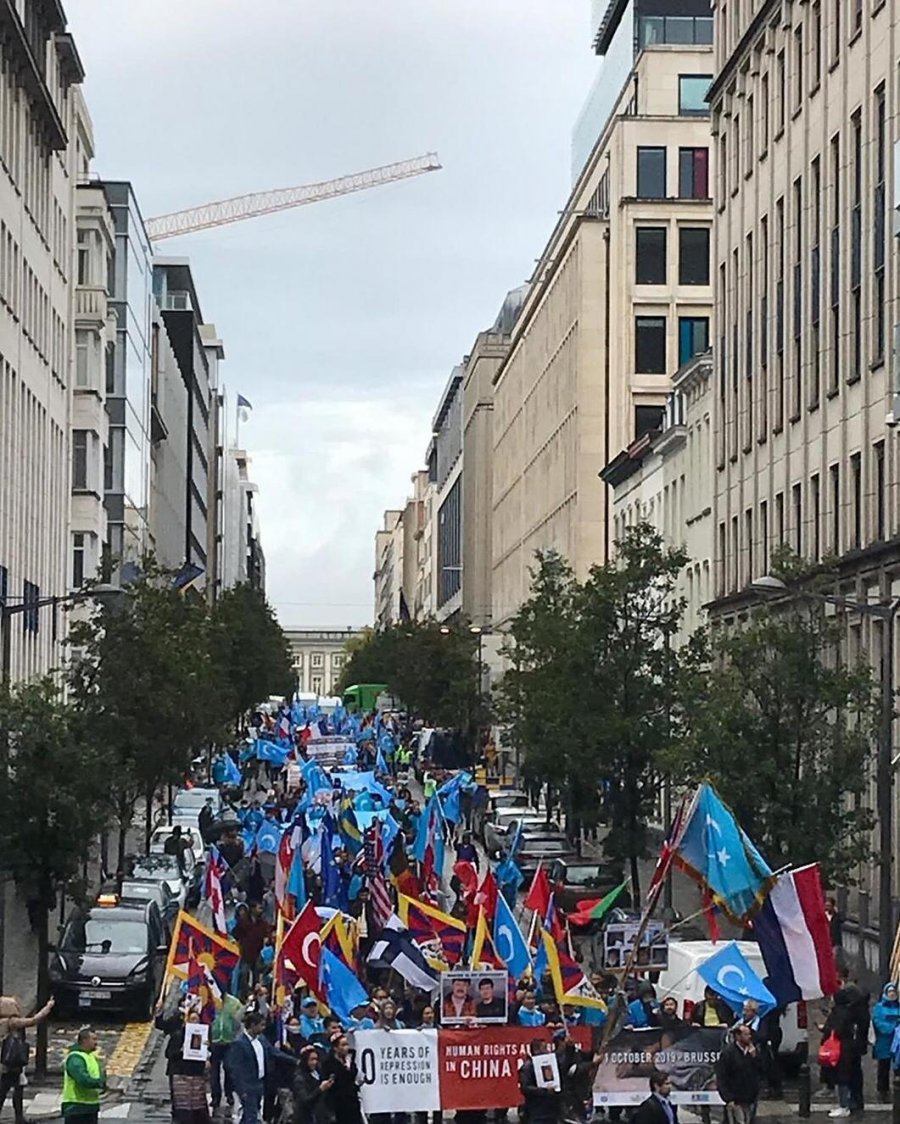 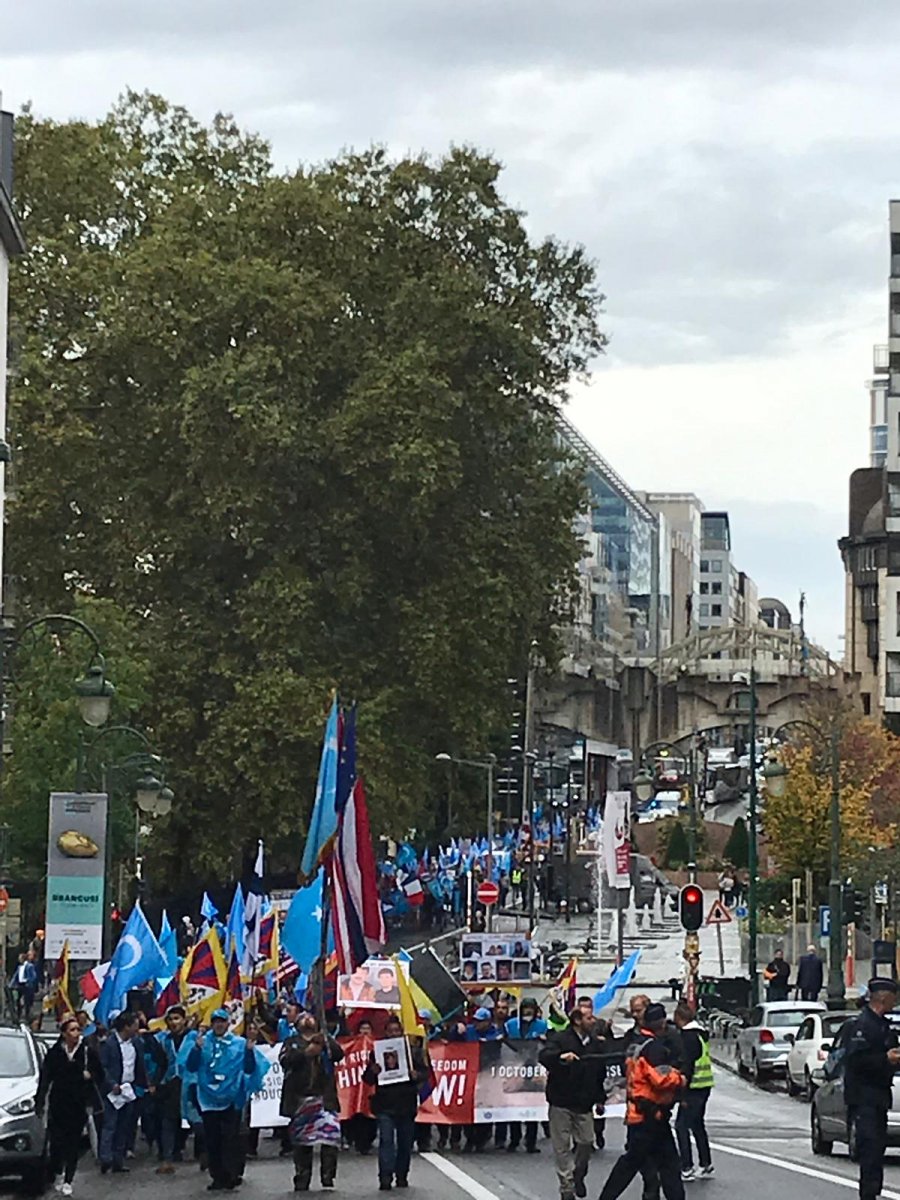