On this 1st day of the Unrepresented Women Campaign, Shahrezad Ghayrat, renowed Uyghur activist, sheds light on the human rights abuses comitted by the Chinese government in East Turkestan.

Shahrezad was born and raised in East Turkestan. She migrated to Australia seven years ago and is now based in Munich, Germany, where she is working for UNPO Member the World Uyghur Congress (WUC) as a Project Assistant. She felt the need to speak out when she discovered life in a democratic country, Australia, saying it was a liberating experience. She felt she had to use her freedom of speech to help others. She studied international politics and wanted to use this knowledge for her people.

Who is Shahrezad standing for?

Since Xi Jinping came to power, the authorities have tightened their grip on the region. East Turkestan is for China a pathway to reach Europe, South Asia and Africa. Today more than one million Uyghurs and Turkic people are detained in concentration camps, where they face torture and solitary confinement. They are forced to denounce their religion and identity and to pledge loyalty to the Chinese Communist Party, as the authorities are leading a project of forced assimilation of the Uyghurs.

China knows Uyghurs have a say in the politics of the region where they live. They want more respect for their human rights. But the Chinese authorities don’t want to respect their right to self-determination. 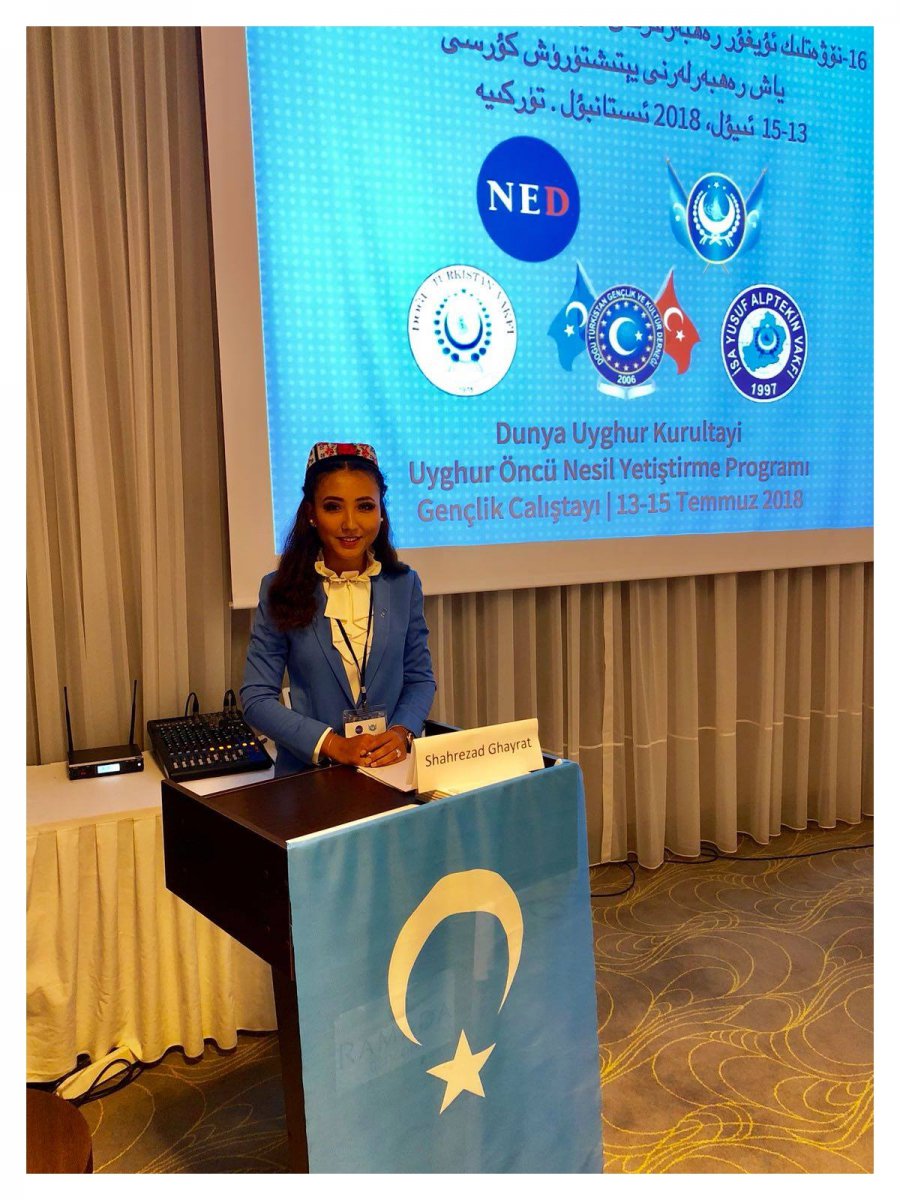 What is Shahrezad doing to make a change?

As a Project Assistant for the WUC, Shahrezad monitors the situation in East Turkestan and reports on the latest developments. Her aim is to find solutions and ways to release those detained in East Turkestan. Shahrezad also promotes Uyghurs’ have unique cultural heritage.

Shahrezad has shared with us that she is a very consistent person: she disciplines herself to work fully on the Uyghur issue, allowing her to be self-controlled.

What kind of challenges does Shahrezad face in her work?

As an activist, Shahrezad’s life and those of her beloved ones are in danger. She has to live,with the threat of her family potentially being detained in East Turkestan. Last year, a Washington, D.C.-based Uyghur activist organised a women-led initiative across dozens of cities to support Uyghurs and her family consequently had to face reprisals. To Shahrezad, this is part of China’s tactic to silence those who want to speak up against human rights violations committed by the Chinese authorities. 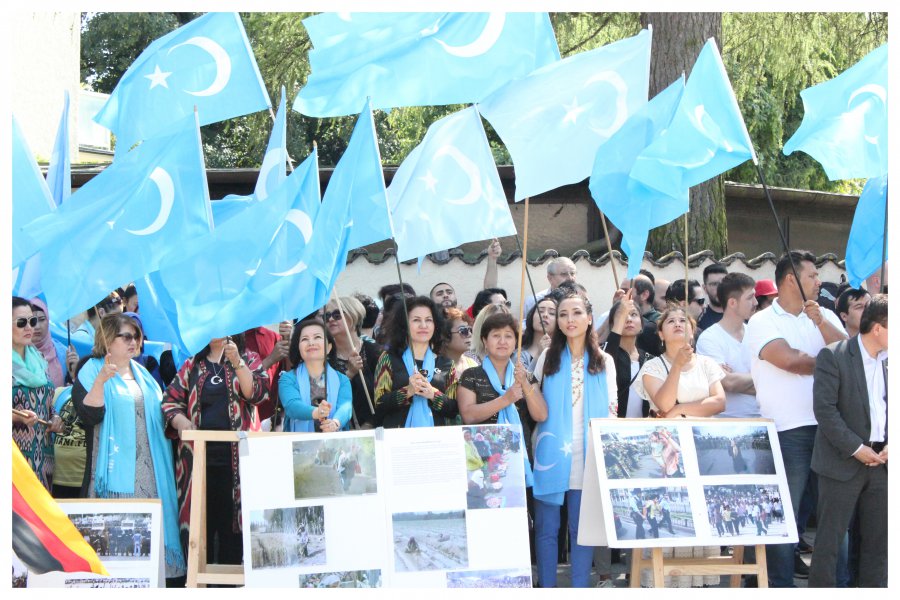 What about Uyghur women living in East Turkestan?

Shahrezad wishes to stress the situation of imprisoned women. They receive shots and pills to stop their periods, are underfed and denied basic hygiene materials. They also face forced abortions, which are used by the authorities to curb the Uyghur population’s growth. Even out of prison, Uyghur women face double prejudice, based on their ethnicity and their gender.

Uyghur women are also forbidden to wear what they want, as China controls their outfits, especially the length of their dresses, which if they are too long are seen as a sign of negative “Muslim influence”. The Chinese authorities have also banned the use of Muslim names.

Why is women activism important to Shahrezad?

In Uyghur society in general, Shahrezad explains that it is hard to find opportunities to stand up for yourself. It is the same for Uyghur women, who often lack the stage to express themselves. As an activist, she noticed there are less women activists because Uyghur women often stay at home while men are earning bread. Especially when women migrate, their traditional duty is to help their family and they often don’t get a lot of support when they want to help in the struggle. They tend to have to choose between their family and activism.

But the situation is slowly changing, because of the deteriorating state of human rights in East Turkestan. The 2018 women-led initiative was an important landmark in that regard. Women are starting to help and empower each other.

According to Shahrezad, it is important to get Uyghur women in advocacy because they are the ones educating the next generation. They have to take a leading role because children will learn from them. Besides, for her it is also a question of seizing your chance: when you have the opportunity to speak out, you should.

One last word from Shahrezad

For Shahrezad, peoples like the Uyghurs need to be able to determine their own future. Whether self-determination is gained easily or not, they are the ones to decide the way they can get there.

Advocacy for the Uyghurs taught her that one needs to see struggle in life as a stepping stone to reach a bigger goal. She chose to face her struggle with courage. The struggle forces one to be strong and understand oneself better. “Struggle gives meaning to life.”