UNPO Calls for the Immediate Release of Dr C.K. Raut

The UNPO strongly condemns the severe oppression and recent arrest of Dr C.K. Raut, a prominent nonviolent leader who advocates for the rights of the Madheshi community in Nepal.

On 7 October 2018, Dr C.K. Raut was arrested from inside of the Rautahat District Court under the charge of an organised crime against state for his alleged involvement in a gathering that took place in front of the Court, in which people chanted slogans such as “we need freedom!”. Dr. Raut was present at the Court for a hearing on his previous charge of Crime Against State and although his involvement was not sustained by any of the presented evidences, he remains detained while other four people charged for the same reason were released by the court. After 61 days of arbitrary and illegal detention, Dr. Raut was sent to Rautahat district prison on 6 December 2018.

In addition to the 11 cases of crime against state that have been filed against him since 2014, Dr. Raut has been arbitrarily arrested and detained for several times, having also been placed under 24-hour surveillance for almost three years. Implying either sedition or treason, the charges of crime against state were based mainly on his books and speeches, such as the one given in 2014 on an annual festival of indigenous Santhal people in Morang, for which he was accused of writing "anti-national books/booklets with photos of Buddha, Gandhi and Mandela on their cover", as well as for "antinational activities".

Although 5 of those cases were acquitted by the special court of Karhmandu and in spite of the clean chit given to him by the Supreme Court on 17 January 2016 after its declaration that his activities and books were not illegal, thus not amounting to sedition, the Nepalese Government continues to heavily oppress the activist and his family. Consequently, their lives have been deeply jeopardized.

Additionally, after the death of one of Dr. Raut’s supporter on 31 August 2018 under police custody, which the government has refused to investigate, state oppression has increased, leading to hundreds of arrests of other supporters in several districts.

The UNPO condemns the oppression conducted by the Government of Nepal against Dr Raut, his family and supporters, as well as the serious human rights violations perpetrated in the country, and calls for his immediate release from prison.

The UNPO Secretariat has been informed that the Government of Nepal denied having a dialogue with Dr Raut through its high-level political dialogue committee. At the same time, this same committee held discussions with armed groups inside the country. Such double standards clearly violate the constitutional rights of Nepalese citizens. 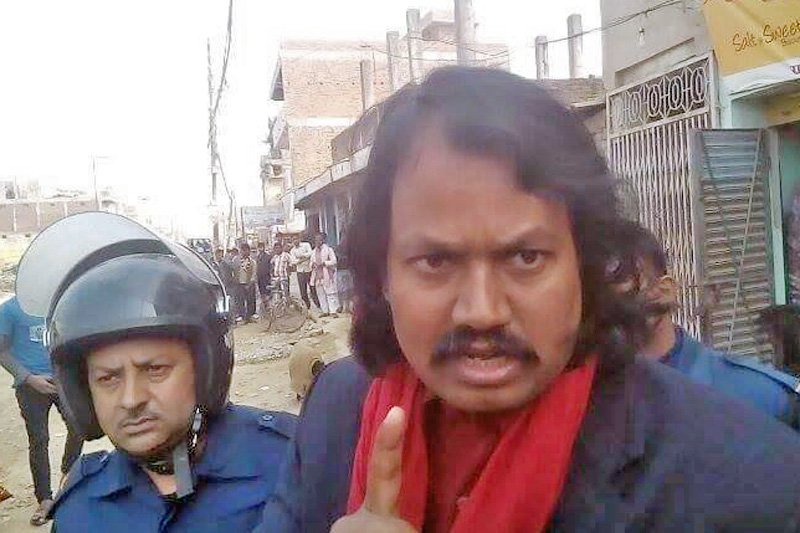 Currently, Dr Raut is suffering from multiple renal calculi in both kidneys. Although doctors have prescribed medical treatment that may require one or two weeks of hospitalization at a hospital with an appropriate treatment facility, the government had been denying him this urgent treatment.

After many efforts, Dr Raut was transferred from Gaur Jail to Bhadra Jail, Kathmandu on 2 January 2019 for his medical care. Authorities at Bhadra Jail however, began further unnecessary harassment, in violation of the United Nations Basic Principles for the Treatment of Prisoners, instead of facilitating his immediate medical care. Furthermore, he has been kept with convicted prisoners in an overcrowded cell, where his health is worsening due to a lack of proper sleep. His fundamental rights have been violated, and his life is in danger.

The UNPO condemns this gross violation of basic human rights by a government authority, urges the Nepalese authorities to provide the medical care and treatment Dr Raut needs, and calls for his release and the facilitation of a discussion with him and his team.