From 7 to 9 December 2018, UNPO Member the Khmers Kampuchea-Krom Federation (KKF) hosted its annual meeting in San José, California. Special guests and KKF delegates from across the United States, as well as Canada and various countries in Europe looked at achievements made in 2018 and discussed strategies for the coming year. The event gathered an international audience and saw speeches by European and North American KKF delegates and various speakers, including a UNPO representative.

Representatives of the KKF gathered in San José’s Multicultural Center Hall for the organisation’s annual meeting from 7 to 9 December 2018. During three days, KKF members from across North America and Europe reflected upon 2018 achievements. They also took the opportunity to identify those current challenges and urgent needs which the Federation, with the support of UNPO, wants to tackle in 2019, in order to improve the human rights situation of the Khmer-Krom. 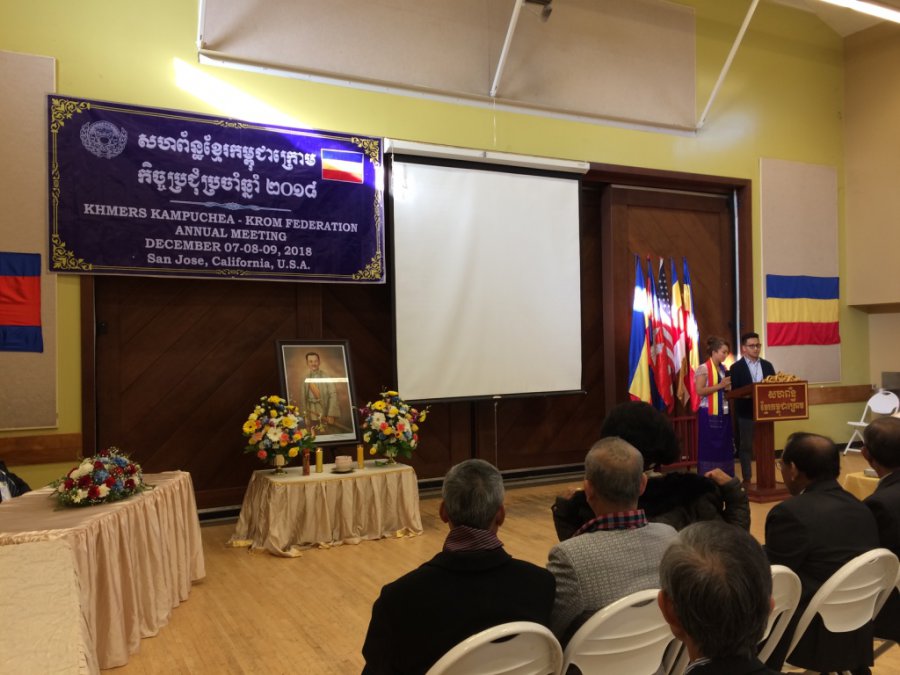 The meeting was opened on Friday 7 December in the afternoon, by an opening ceremony including the singing of the national anthem of the Khmer-Krom and a salute to the flag, a commemoration of fallen Khmer-Krom heroes and monk blessings. Several KKF leaders then took the floor to share their thoughts on the organisation’s work and their visions for the future. The executive branch of the KKF then reflected on the 2018 activities of the organisation, before the regional and local chapters reported on their own initiatives.

On Saturday 8 December, the session started with Buddhist monk blessings and a blessing dance. KKF Chairman Mr Vien Thach then took the floor for some opening remarks, explaining the purpose of the meeting. The KKF Board of Directors was then introduced to the audience, along with KKF chapter representatives and monks. 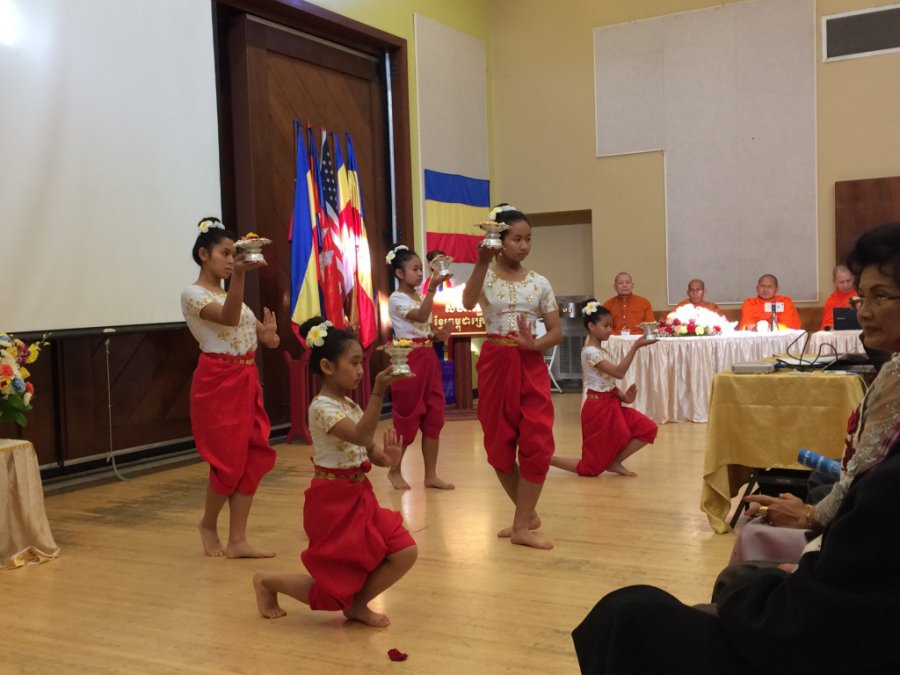 All along the day, a series of speakers delivered speeches and interacted with the audience on topics such as human rights, self-determination and the plight of the Khmer-Krom. Panel 1 explored the advancement of human rights enshrined in the 1948 Universal Declaration on Human Rights (UDHR), in order to promote and protect the fundamental rights of the indigenous peoples of Vietnam. Director of the Hawaii Institute for Human Rights Dr Joshua Cooper reminded the audience of the importance and context in which the Declaration was born 70 years ago. Senior Advisor and former KKF Chairman Mr Thong Kim To then spoke about the human rights enshrined in the UDHR. Member of the Board of Directors of the Tai Studies Center Ms Samone Khouangsathiene closed the panel by delivering a speech focussing on the Tai Dam people, an indigenous people from the northwestern part of Vietnam, also facing human rights violations.

After a lunch break, panel 2 explored the right to self-determination in international law. UNPO Member and Senator Paul Strauss, from the District of Columbia (DC), introduced the DC case to the audience and emphasised the importance of solidarity between all unrepresented Nations and Peoples around the world. UNPO representative Ms Julie Duval then spoke about the Khmer-Krom’s right to self-determination, explaining how UNPO has been supporting its Member organisation the KKF throughout the years and reaffirming her organisation’s support to the Federation. 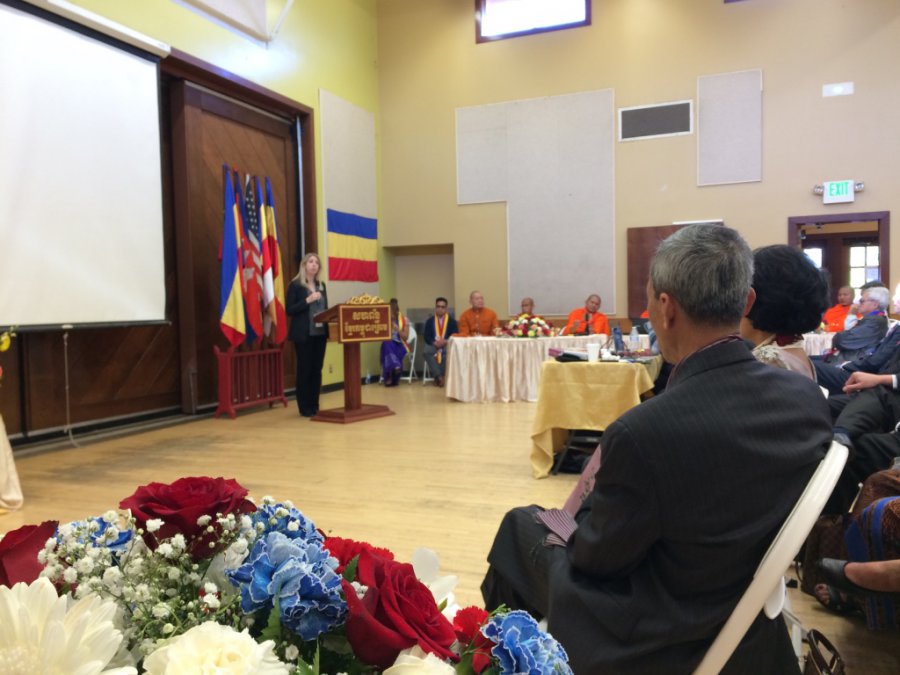 In panel 3, Associate Director of Research and Policy for the United States Commission on International Religious Freedom (USCIRF) Ms Tina L. Mufford spoke on the right to freedom of religion and belief. She described the USCIRF’s action and stressed the importance of religious freedom as a human right but also for the US. The States does currently not consider Vietnam a Country of Particular Concern in that regard, but the USCIRF deems it wrongful and continues to stress the systematic, on-going and egregious human rights violations taking place in Vietnam in the hope that this will change.

Chief Executive Officer and Founder of Unite for Rights Dr John Kirk Boyd then introduced the audience to his organisation’s project of a global Bill of Rights during panel 4. Taking the European Convention on Human Rights as an example, he argued in favour of an enforceable UDHR, a project that Unite for Rights has been encouraging citizens, organisations and companies worldwide to take part in by signing in favour of the initiative and directly contributing to its drafting.

Panel 5 focussed on the implementation of the 2030 agenda and its Sustainable Development Goals (SDGs), and how all can get involved in contributing to the advancement of a full realisation of human rights in this framework. Executive President of the KKF Mr Sereivuth Prak made a presentation of the situation of the Khmer-Krom in the Mekong Delta and the inadequacy between it and the SDGs. Closing the series of panels, Dr Joshua Cooper then went into further details about the Goals and their meanings, insisting that the KKF needs to continue engaging with the United Nations as much as possible in the framework of their advocacy. The day ended with closing remarks by Mr Vien Thach. 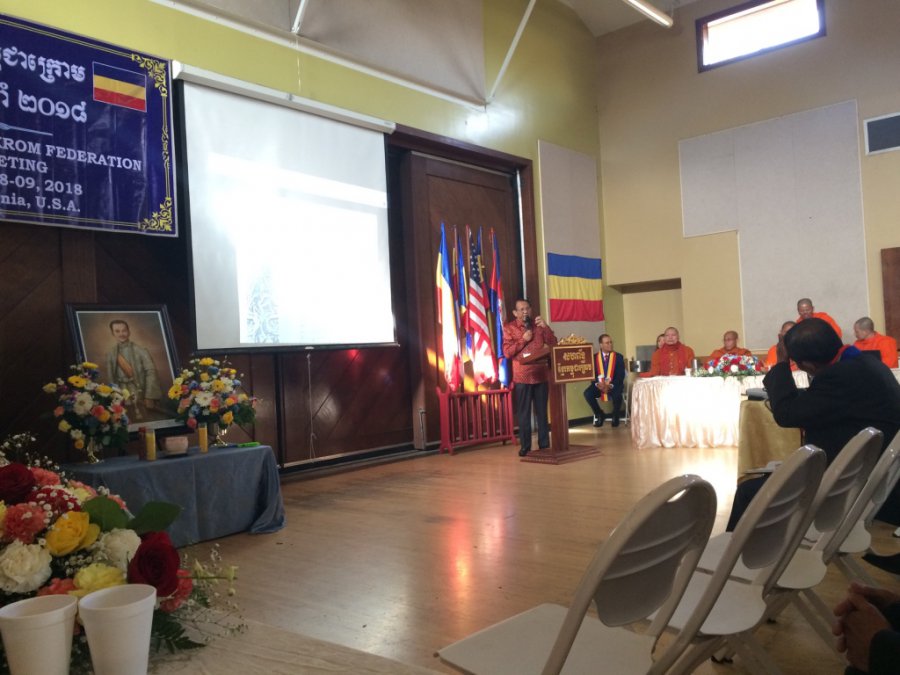 The last day of the meeting was mainly focussed on strategic planning for 2019 and most discussions were held between KKF members in Khmer. KKF Director of Planning Mr Tran Mannrinh spoke about the strategy and goals for local chapters of the KKF, while Executive Vice President of the KKF Mr Moni Mau tackled global advocacy. The UNPO representative was invited to make inputs to the strategy, along with KKF representative in France Mr Alex Thach. Some time was also dedicated to discussions about media outlets and the use of social media for the KKF’s advocacy. After this, members of the KKF leadership spoke about financial planning for the organisation and how to financially support 2019 activities. The afternoon was mostly dedicated to opening the floor for questions from the audience. It was also the occasion for other members of the KKF, including those living outside of the US and those involved in the KKF Youth’s activities, including Director of Youth Ms Kien Sothy, to take the floor and share their ideas and questions. Mr Vien Thach closed the meeting with a speech and the monks delivered blessings for success in 2019. 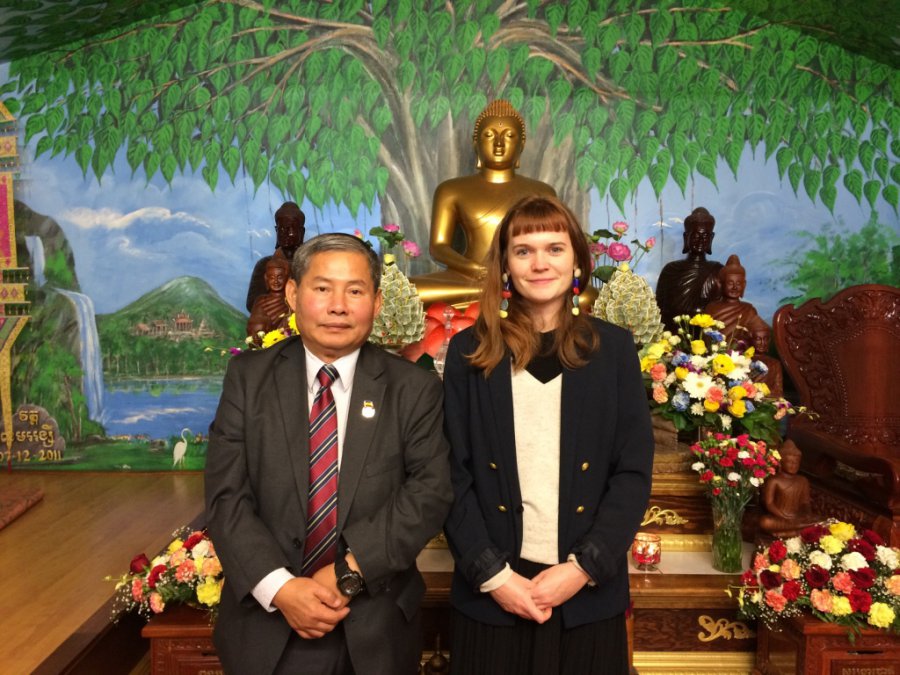 UNPO is thankful to its Member organisation the KKF for its invitation to this meeting, which allowed for enriching discussions and information exchange, which will feed UNPO’s reflection on its 2019 advocacy strategy. Aside from the meeting, several discussions were held between UNPO’s representative and the KKF leadership, which UNPO hopes will pave the way to further successful collaboration in the upcoming months.

Language, Culture and Education Freedom of Belief and Expression Self-Determination