On 24 July 2018, the Unrepresented Nations and Peoples Organization (UNPO), in cooperation with the Tom Lantos Human Rights Commission, organised a briefing entitled “Freedom from Tradition: The Struggle for the Eradication of Slavery in the Sahel”. Taking place at the US Congress, the event brought together academics, human rights activists and leader of the anti-slavery movement in Mauritania, Biram Dah Abeid, to discuss the issue of modern-day slavery in the region. Other high-level panellists included Alice Bullard (human rights and environmental lawyer), Maurice Middleberg (Free the Slaves), Bakary Tandia (Abolition Institute) and Ismael Montana (Northern Illinois University). 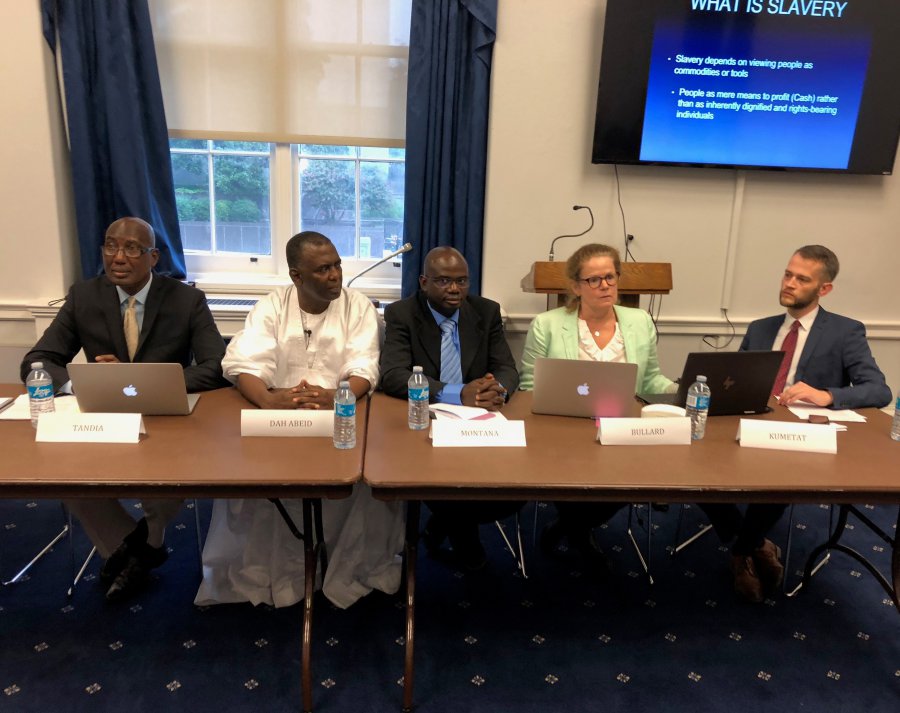 Following an introduction by UNPO’s US Programme Coordinator, human rights and environmental lawyer Alice Bullard opened the discussion by providing an overview of the issue globally, highlighting in particular the gendered nature of modern-day slavery. When discussing potential steps to help end slavery in the region, Ms Bullard stressed that, at least on paper, there is strong national and international legislation in place, but that actors on all levels tend to not fully enforce or outright ignore their existence.

Biram Dah Abeid, leader of the anti-slavery movement in Mauritania and recipient of numerous human rights awards, then continued by giving a detailed account of his life-long activism and the numerous manifestations of slavery in Mauritania. He explained how and why slavery exists as a system of oppression, despite international and regional conventions condemning it. While pointing out that the distinction between slaves and non-slaves is first and foremost made along racial lines in Mauritania, he also stressed the religious component in the perpetuation of slavery in the country, which, tragically, on numerous occasions had led to the government playing the “apostasy card” in order to discredit the legitimacy of activists’ struggle for respect of their most basic human rights.

The third talk by Executive Director of Free the Slaves, Maurice Middleberg, then looked at how slavery can affect children in particular and discussed his organization’s work on this issue. Using the examples of Senegal and Ghana, Mr Middleberg elaborated on the core pillars to end slavery, including the need to provide communities at risk with education and financial stability, as well as enforcing the rule of law and, crucially, addressing survival vulnerability, i.e. providing services such as counselling, medical care, job training and legal aid that former slaves need to be able to stay free. 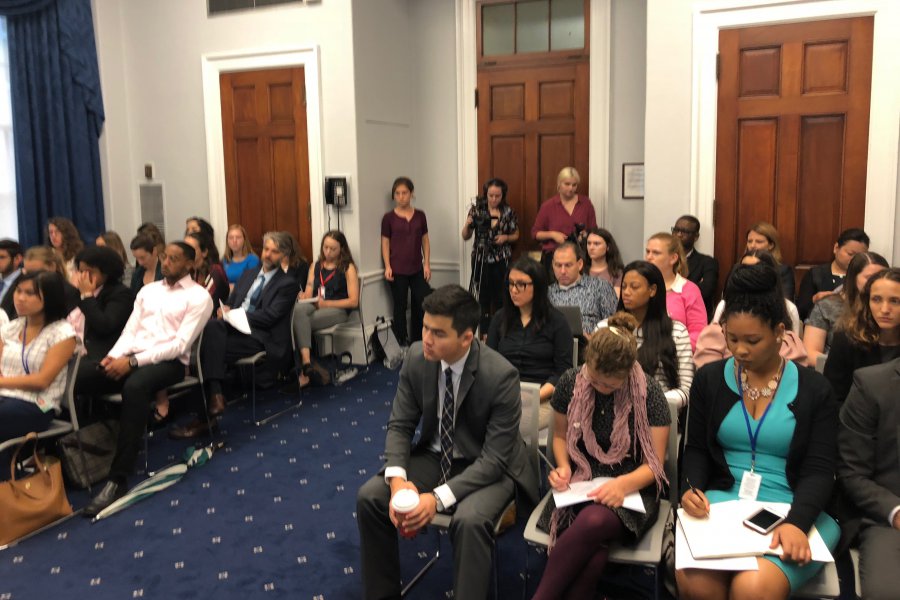 Following the instructive presentation of Mr Middleberg, the floor was given to Ismael Montana, Associate Professor of History at Northern Illinois University. Focusing on the social and economic history of slavery in the wider region, Prof Montana’s talk looked at the abolition of slavery and the reaction it prompted in Ottoman Tunisia, the first Muslim country to abolish slavery during the modern period.

The briefing’s last panel talk by co-founder of the Abolition Institute Bakary Tandia took a comparative look at the anti-slavery movements in Mauritania, Mali and Niger. While elaborating on steps that could be taken at the respective national, regional and international level, Mr Tandia stressed the need to not only highlight the issue in international fora, but to also create awareness among the Haratin community itself.