On 22 June 2018 the UNPO, in collaboration with the Centre Internacional Escarré per a les Minonories Ètniques i les Nacions (CIEMEN) and Esquerra Republicana de Catalunya (ERC), held a conference in Barcelona focussing on the recent events in Catalonia and the relevance of the Right to Decide in the current geopolitical context for minorities around the world. The event allowed all participants to establish a dialogue on the challenges faced by national communities aspiring to exercise their right to self-determination. It touched upon both the need for an international strategy aiming to gain the support of global actors and the specific difficulties encountered by those Peoples who already enjoy a certain degree of autonomy. As part of this conference, the UNPO gathered representatives of Tibet, Iraqi Kurdistan, the Oromo community in Ethiopia, Taiwan, the District of Columbia or the Ahwaz minority in Iran, among others, as well as members of the Catalan civil society, offering participants the opportunity to engage in a very rich debate and to consolidate links between a myriad of communities fighting for self-determination.

Following last October’s referendum in Catalonia, during which millions of people took the streets in order to express their democratic will, the reaction of the Spanish government has been one of repressions and incarceration of social leaders and activists. This enormous effort made by the Catalan people, and the authoritarian reaction of Madrid’s administration, have once again placed the right of self-determination in the centre of the agenda, making the demands of unrepresented peoples around the world heard through the voices of the Catalans.

Aiming to discuss how these events have affected communities struggling to exercise their right to self-determination globally, the conference comprised of two panels through which the participants addressed the role of international action and the need to gain international support from global actors of national minorities, as well as the lessons that could be learnt from the experience of communities that have already exercised that right to a certain degree.

Before the first panel, Mr Marino Busdachin, Secretary General of the UNPO, and Mr David Minoves, President of CIEMEN, made a short opening presentation, introducing the audience to the topics that were to be discussed during the day and highlighting the basic aspects arising from the national and international analysis of the right to self-determination in its contemporary form. 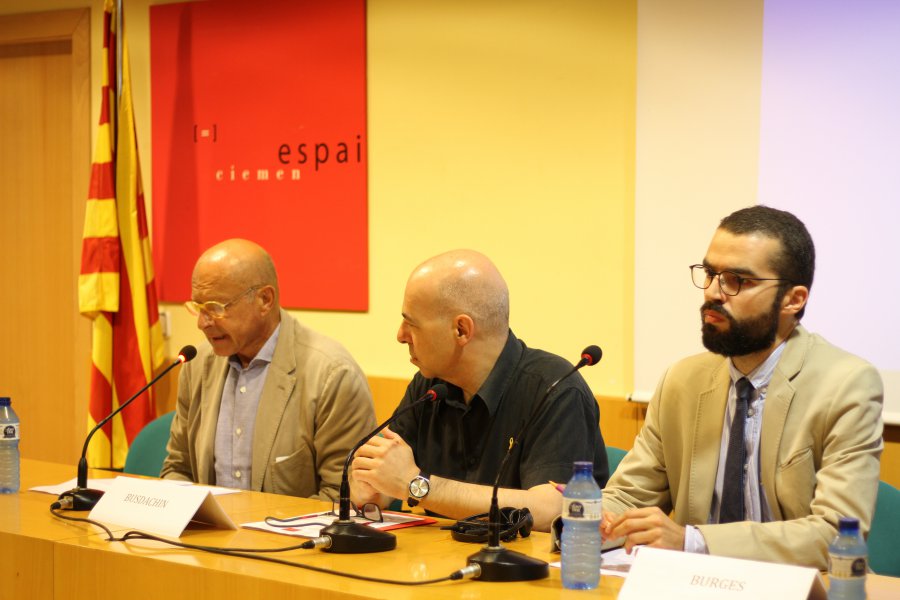 As first speaker, Ms Maysing Yang, Ambassador-at-large for Human Rights and Democracy of Taiwan, dealt with the strategies implemented by global superpowers such as China in denying the rights of minorities living within their borders and the pressure exercised through international instances in order to achieve that goal.

Following Ms Yang’s intervention, Ms Shima Silavi, representative of the Ahwaz minority in Iran, spoke about the situation of communities fighting for self-determination in the Middle East and the specific challenges derived from the intense presence of major international actors in the region. After Ms Silavi's speach, Mr Fernando Burgés, Programme Manager at UNPO and moderator of this panel, read a letter sent by Mr Maxim Gunja, former-Minister of Foreign Affairs of the Republic of Abkhazia. Mr Gunja's letter helped participants to reflect on the need of compromise to achieve self-determination, while insisting on the necessity to create spaces for dialogue on equal grounds as the only means to achieve this compromise. 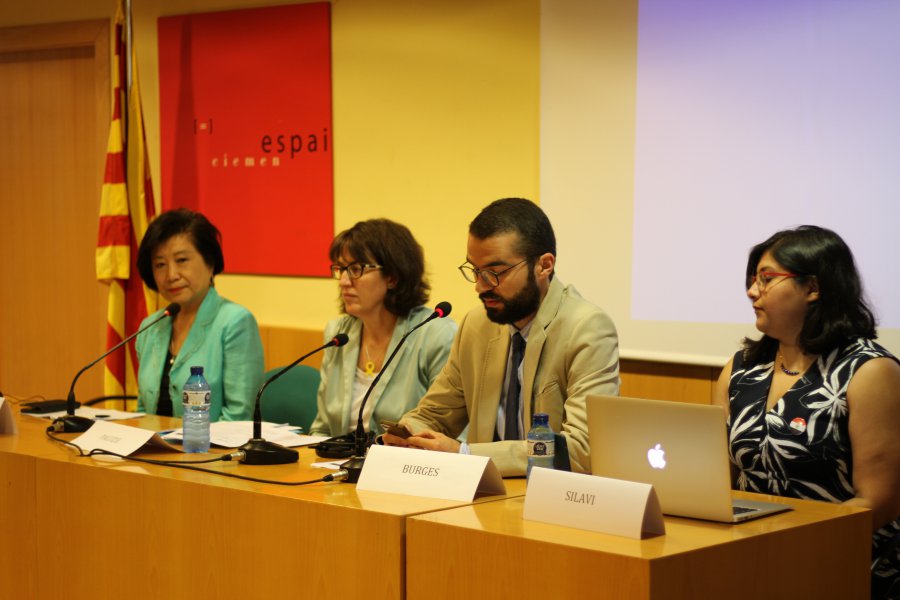 This first panel was closed by Ms Elisenda Paluzie, President of the Assemblea Nacional Catalana (ANC), who focussed on the need of communities to develop strategies that go beyond their own national borders, engaging international actors and gaining the support of the international community to their cause.

After a short break that helped to create an informal space for representatives and participants to exchange views on the different topics under discussion, the second panel addressed the particular experiences of different communities around the world working towards self-determination, and the obstacles that they face in the pursuit of this goal.

Senator Paul Strauss, from the District of Columbia, opened this session, titled “Exercising self-determination: national experiences on the right to decide”, showing how self-determination is a problematic present even if the most powerful countries, although its content may vary depending on the specific circumstances of each case.

The debate was continued by Ms Juweria Ali, representative of the Ogadeni community in Ethiopia, who introduced the audience to article 39 of the Ethiopian Constitution –the only case in the world which recognises not only the right to self-determination, but also the right of communities to secede- showing the possibilities, but also the limits, of the formal recognition of rights for national minorities. 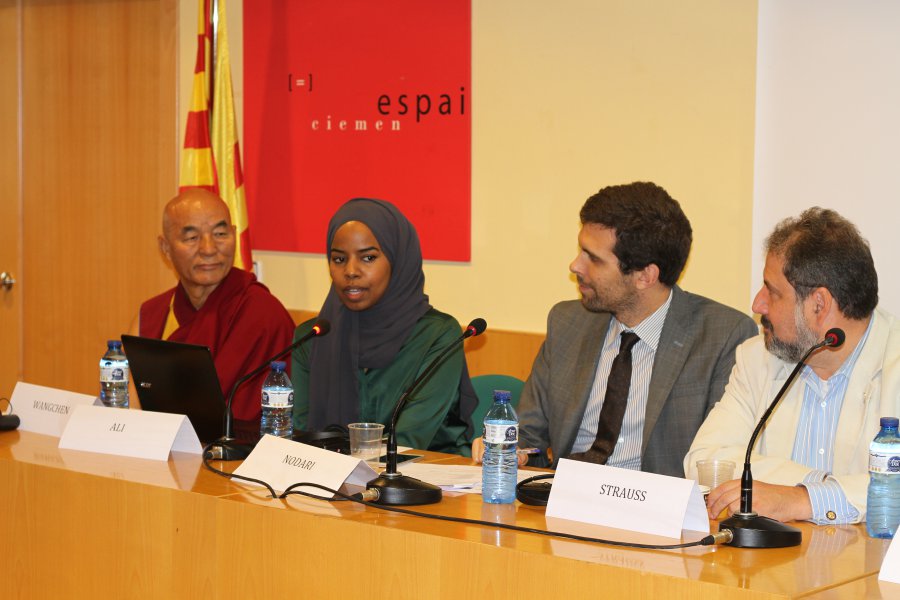 After a short speech given by Mr Sadeq, representative for Spain and Portugal of the Iraqi Kurdistan Democratic Party, the second panel finished with the words of Venerable Thubten Wancheng, member of the Tibetan Parliament in exile. Venerable Thubten’s address, in which he presented the current situation of the Tibetan people and the struggles to recover their own country, served as a perfect closing for this second panel.

The conference finished with the participation of Mr Josep-Maria Terricabras MEP and Mr Nasser Boladai, UNPO President. Both speakers presented the conclusions of the debate and showed how the Catalan case, far from being an exception, constitutes the leading example for the numerous communities struggling for self-determination around the world.

This conference has allowed the UNPO and its partner organisations to establish a dialogue with representatives of some of the most important national minorities and unrecognised States, analysing how the Catalan case has place in the center of the political debate at an international level the question of the rights of minorities to decide about their future. The UNPO hopes the event will serve as a first step in a process aiming reflect on the common challenges that all these communities face, and which might lead to the creation of synergies and collective strategies for actors working for the promotion of self-determination, human rights and democracy. 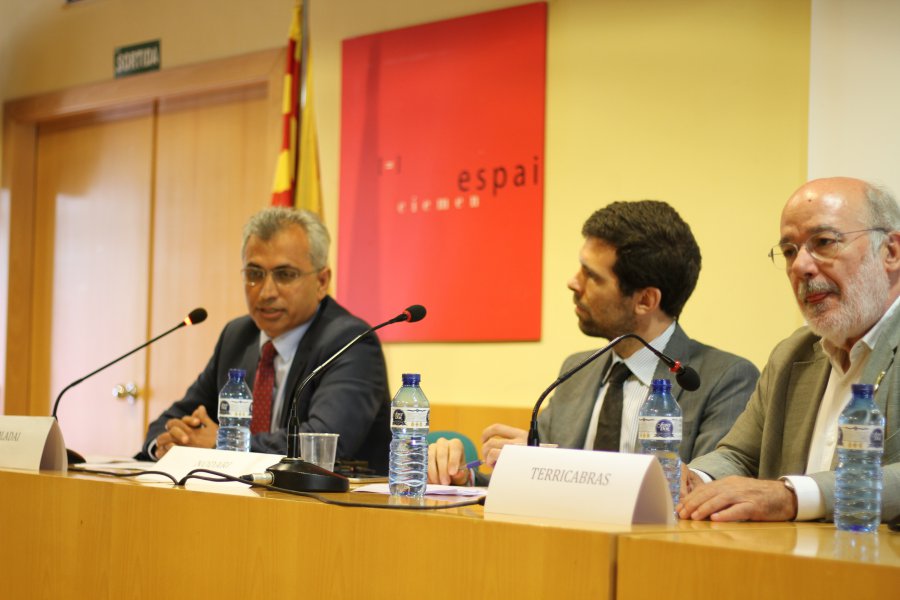