Joint WBO & UNPO Press Release: Side-event to the UNHRC Explores the Implications of CPEC for the People of Balochistan

On Tuesday [13 March 2018], the Nonviolent Radical Party, Transnational and Transparty (NRPTT), the Unrepresented Nations and Peoples Organisation (UNPO) and the World Baloch Organisation (WBO) co-organised the conference “A Legacy of Injustice: CPEC and its impact on Balochistan” at the United Nations Headquarters in Geneva. The side-event to the 37th Session of the UN Human Rights Council focused on the brutal consequences of the China-Pakistan Economic Corridor (CPEC) that are inflicted upon the local indigenous peoples of Balochistan, and allowed a discussion on recent occurrences regarding the struggle of the Baloch people for their rights.

The conference was opened by the UNPO staff member who moderated the the event and introduced a video presentation in which WBO spokesman, Mr Bhawal Mengal, gave a succinct overview of the dire situation of the Baloch people, mentioning the recurrence of human rights abuses such as extrajudicial killings and enforced disappearances. Mr Mengal also addressed the crackdown on freedom of expression in Balochistan, which results in the marginalisation of the issue in the media and makes it essential to raise awareness among the international civil society and in in international organisations such as the United Nations.

Opening remarks were then given by Mr Fernando Burgés, UNPO Programme Manager, who spoke about the political and security contexto surrounding the implementation of CPEC in Balochistan. Mr Burgés highlighted the growing militarisation put in motion to ensure the safety of Chinese workers and construction sites, repressing against any opposition to the project and bringing more tension to the already unstable region. Moreover, he highlighted the change of demographics conjectured to take place in around Gwadar, which could result in even more political, social and economic marginalisation for the Baloch people. 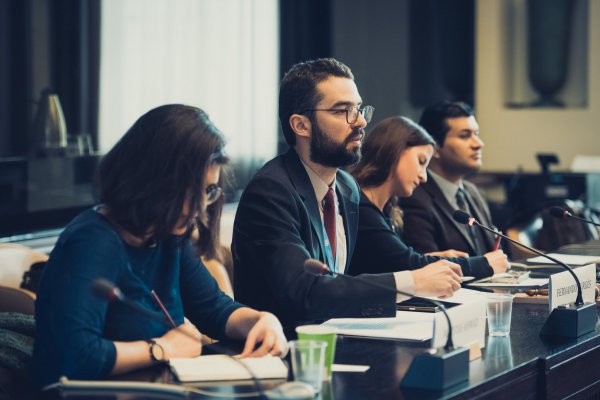 The first speaker, Mr Burzine Waghmar (University of London’s School of Oriental and African Studies), drew attention to Beijing’s relentlessness in pursuing its interests abroad and the power that it has consolidated over the West, both reflected in the way it implements CPEC over the heads of local populations in Pakistan. Mr Waghmar brought up the concerning fact that Islamabad has agreed to round-the-clock video surveillance being established by the Chinese and reported the shocking increase in land prices in Gwadar. He denounced the free hand enjoyed by Pakistan in wiping out entire villages in Balochistan, where locating cadavers of missing relatives has become a recurrent practice for many families. 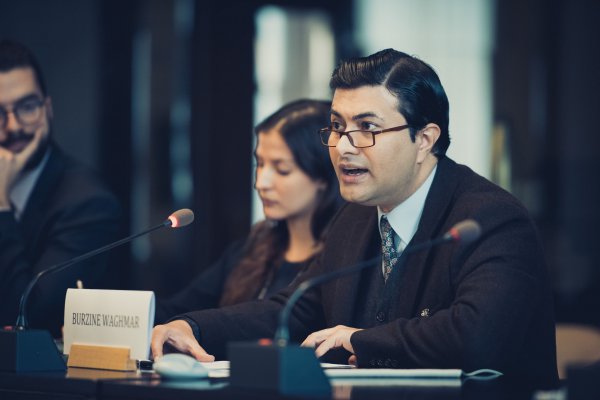 Ms Mahvish Ahmad (University of Cambridge) started the presentation with testimonials from her field work and affirmed that, in spite of the overwhelming atrocities comited against the local population, the region remains a “secret”. She reminded the audience of the historical background of Balochistan, used by Britain as a buffer zone for a long time, and stressed that the past two decades have seen a surge of state violence in Pakistan. Ms Ahmad pointed up that there has been a growing lack of trust among the Baloch themselves: fear of talking to each other, of sharing facts and suffering retaliations. Overcoming suspicion and standing together is, therefore, essential to the Baloch struggle.

Unfortunately, Mr Michael Kugelman (Woodrow Wilson Center) could not take part in the event as planned.

The event concluded with questions and answers.