All photographs courtesy of VOKK 2017

During the weekend of 9-10 December 2017, the Khmer Kampuchea-Krom Federation (KKF) hosted its annual year-end conference in Orlando, Florida. Special guests and KKF delegates from across the United States, as well as Canada, Cambodia and various countries in Europe looked at achievements made in 2017 and discussed strategies for the coming year. The atmospheric ceremony gathered an international audience of around 80 people and saw speeches by European and North American KKF delegates, Dr Joshua Cooper (Director of the Human Rights Institute of Hawaii), Laura Harth (Nonviolent Radical Party, Transnational and Transparty, NRPTT), as well as by a UNPO representative.

On 8-10 December 2017, some hundred representatives of the Khmer Kampuchea-Krom Federation (KKF) gathered in a Khmer Krom temple in Orlando, Florida, for its annual year-end meeting. KKF members from across North America, Europe and even Cambodian delegates took the opportunity to reflect on what had been achieved in the past year. They also identified those current challenges and urgent needs which the Federation – in cooperation with UNPO – wants to tackle in 2018, in order to alleviate the daily struggle and state-sponsored discrimination of the people of Kampuchea-Krom. 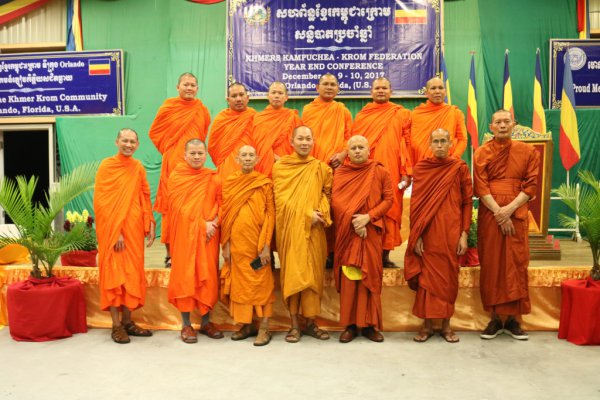 The international audience of around 80 people was welcomed by KKF Chairman Mr Thach Vien, followed by an opening ceremony, led by Buddhist monks. Later, several speeches were delivered by delegates from various KKF representations across North America and Europe. Executive President Mr Sereivuth Prak took the floor to thank the participants for their interest in the issue and give an overview of the activities undertaken throughout the last year. Representatives from KKF Subcommittees, such as the Khmer Kampuchea Krom Youth Committee (KKFYC) and the Committee of Khmer Krom Women, shed a light on past activities and plans for the future of these sections of the main organisation. UNPO Representative Mr Marvin Kumetat elaborated on the numerous forms of oppression the people of Kampuchea-Krom in present day Vietnam and Cambodia face on a daily basis and in all walks of life. NRPTT representative Laura Harth in her talk stressed the urgency of coming together as a people and join forces with other marginalized groups in order to stem the ongoing, global erosion of democratic values and the rule of law. 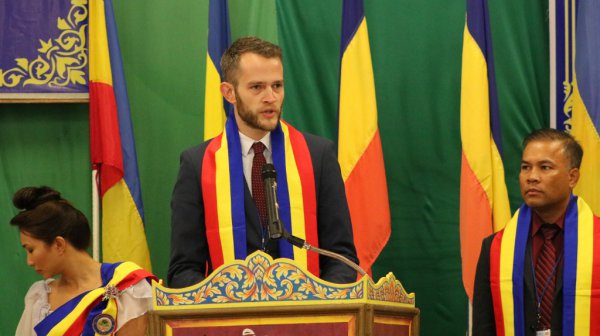 The following day, Dr Joshua Cooper, Director of the Human Rights Institute of Hawaii, discussed an overall strategy and activities to be undertaken in 2018, stressing in particular the importance of leveraging the global attention paid to the United Nations’ Sustainable Development Goals (SDGs) as a tool to hold accountable the Vietnamese government. The day ended with an early lunch, giving the participants the final opportunity to exchange views and ideas before leaving. 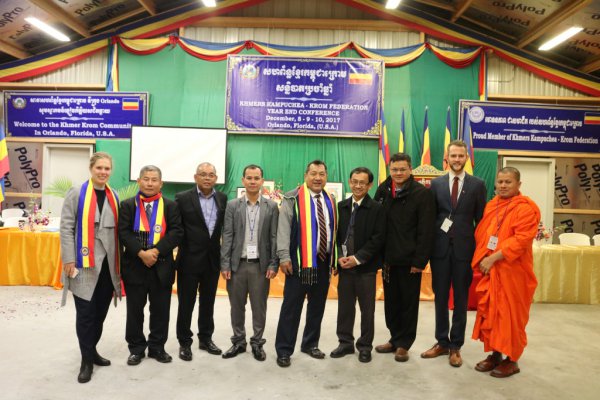