Somaliland: State set to be First African Nation to Commit to Ending Practice of FGM 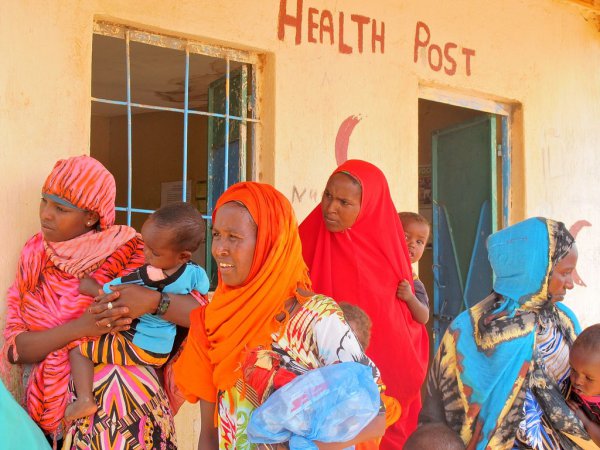 In recent Somaliland elections, candidates of all three political parties pledged that upon success they would commit to ending the practice of Female Genital Mutilation (FGM) in the country. It is estimated that 98 percent of Somali women have undergone FGM, a practice that can lead to severe health complications. British-Somali anti-FGM activist Nimco Ali and prominent Somaliland health pioneer and former Foreign Minister Edna Adnan are heavily involved in the campaign to stop the practice. Anti-FGM activists are hopeful that the recent change in attitudes against FGM could result in the end of the practice of FGM throughout Somaliland, making it the first nation in Africa to do this.

Note: This article contains some detailed information that some may find distressing.

The article below is published in ITV News:

Somaliland is a country which doesn’t officially exist.

Although it has not been officially recognised as independent in those 26 years, Somaliland, a former British protectorate, has de facto diplomatic links and support from regional and international powers.

What is more, it has remained peaceful and without any violent conflicts. It’s also held four multiparty Presidential elections all resulting in a peaceful transfer of power.

Yet despite these political achievements, Somaliland faces huge and debilitating problems and obstacles.

One of the most severe is that of Female Genital Mutilation, FGM. It’s a dangerous and painful procedure and the UN says 98% of women in Somaliland have undergone it.

Many have had what is known as type three FGM – the most extreme – where a young girl's labia is cut, and her vagina sealed, leaving only a small opening for menstruation and urination.

Almost all women in Somaliland are forced to undergo FGM.

Even though Somaliland is a country that very few people have heard of, many activists believe it is on the verge of becoming the first country in Africa to commit to ending the practice of FGM.

Just before the recent Presidential election of November 13th, the candidates from the each of the three rival parties pledged that if they won, they would commit their administrations to ending FGM in the country.

Getting that political commitment was due to the drive and passion of Nimco Ali, a British campaigner against FGM who was born in Somaliland. She worked with British politicians from all sides to get the law on FGM changed in the UK and she has returned to Somaliland to try to do the same there.

She is convinced that there has been a profound change within Somaliland’s society that has created a movement to try to stop a practice which has seen so many women’s health and lives destroyed.

Other campaigners have worked to the same end for decades, especially Edna Adan, a health pioneer in Somaliland and a former foreign minister.

Edna Adan is a trailblazing anti-FGM campaigner. She built a maternity hospital which bears her name in 1982. Since that time she has helped 22,000 women and she told me that 97% had been “cut” – a word used to describe FGM which graphically captures what actually happens to a woman’s vagina.

Imet Asha, is a “cutter”, a woman who performs FGM. She was taught it by her mother, and she told me that her own daughter had undergone the procedure and suffered painful consequences as a result.

When I asked why she continued to perform FGM despite the experience of her daughter, she said she would stop if she could find an alternative way to make a living.

One of the clearest signs of this sea change in attitudes in Somaliland is the fact that many religious leaders are now themselves beginning to preach against FGM.

In August, 180 Islamic clerics attended a UNICEF conference in the capital Hargeisa, where they were taught in great detail what happens to a woman’s genitalia as a result of FGM.

They also heard from senior Muslim clerics from Al Azhar University in Cairo, a renowned seat of Islamic learning, that there was absolutely no religious obligation to perform FGM.

Completely eradicating FGM will not happen overnight in Somaliland. But if this political commitment is followed through, it will make history.