Scottish Parliament Conference: Sharing Perspectives on the Rights of the Unrepresented On the Eve of UNPO's XIII General Assembly 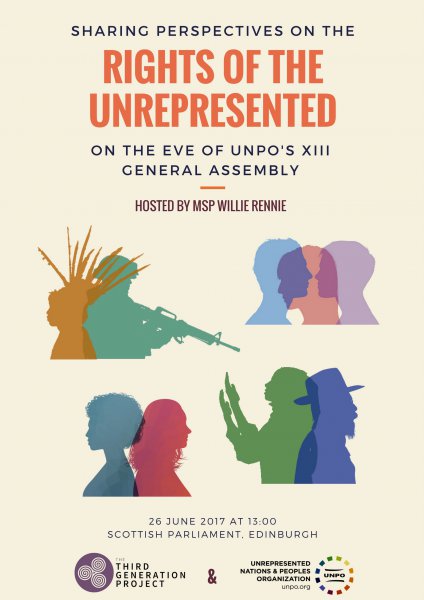 The Unrepresented Nations and Peoples Organization (UNPO), in collaboration with the Third Generation Project (TGP) and MSP Willie Rennie (Scottish Liberal Democrats), held a conference entitled ‘Sharing Perspectives on the Rights of the Unrepresented on the Eve of UNPO's XIII General Assembly’ on 26 June 2017. The Conference provided an opportunity for sharing perspectives on the situation of unrepresented Nations and Peoples, with a special focus on third generation human rights. Representatives of indigenous groups and minorities, as well as academics, activists and politicians addressed some of the major issues faced by these communities, stressing particularly those pertaining to identity. Over three panels, interveners provided a breadth of insights into state-sponsored oppression against unrepresented groups, the double marginalisation and discrimination of women from unrepresented communities, and the power of advocacy to foster political change. 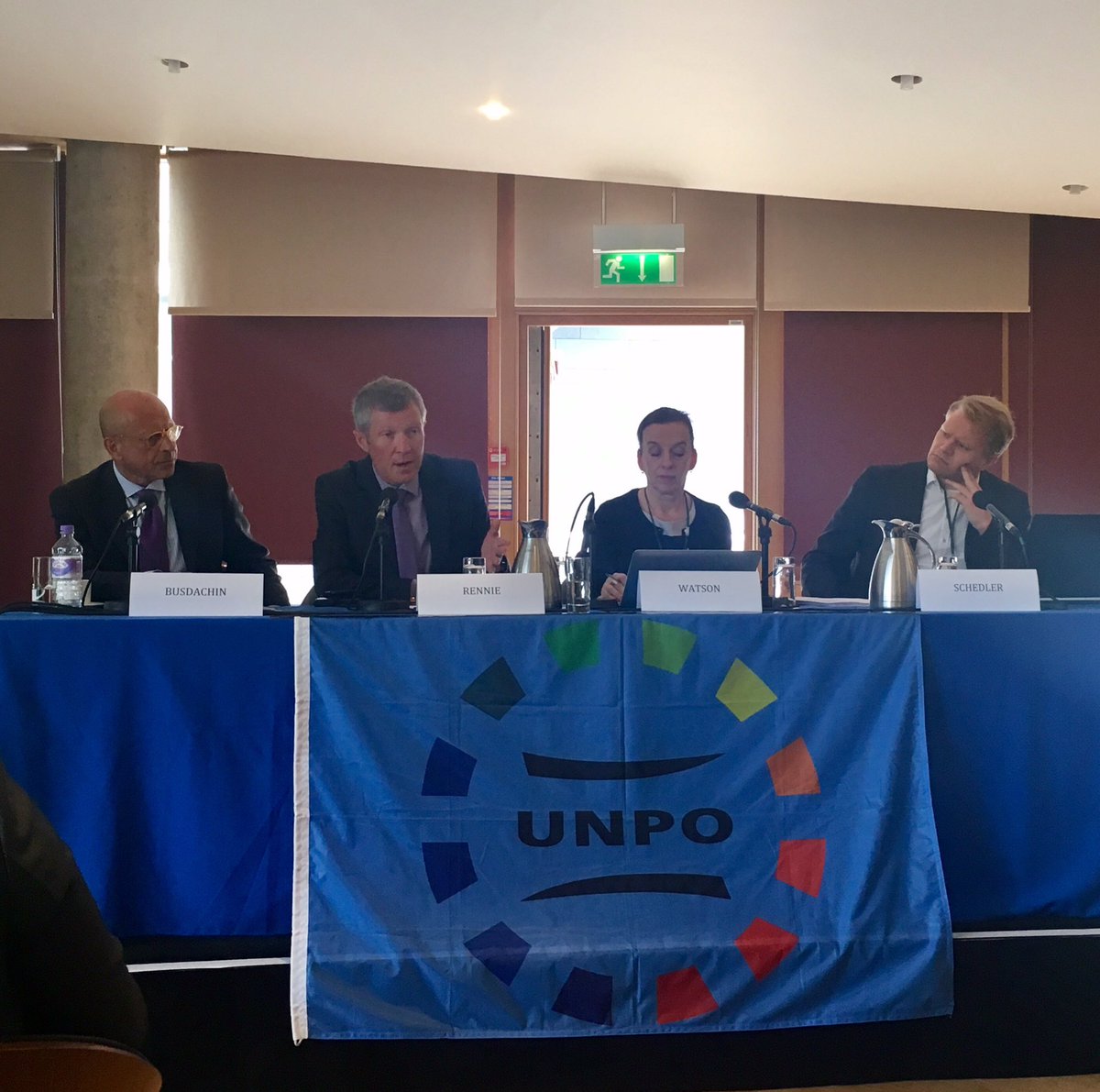 During the opening remarks, Co-host MSP Willie Rennie reminded the audience that human rights are embedded in the DNA of the Scottish Parliament, which reaffirms human rights in its daily work. Third Generation Project Executive Director Prof Alison Watson, stressed the importance of working directly with the people who represent communities that are facing stigmatisation and discrimination and the need to create policies that reflect their concerns. UNPO General Secretary Marino Busdachin, then professed that even though the international community is often calling for the respect of the rights of unrepresented minorities, their rights and freedoms are still to be consolidated. In that sense, UNPO fulfils the important role of advocating for the respect of these rights and fostering a political answer to minorities’ concerns. Lastly, Mr Hanno Schedler, Deputy Head of the Asia/Africa Department of the Society for Threatened Peoples, declared that human rights violations and minority oppression are prevented from accessing the public debate in democratic States as well. 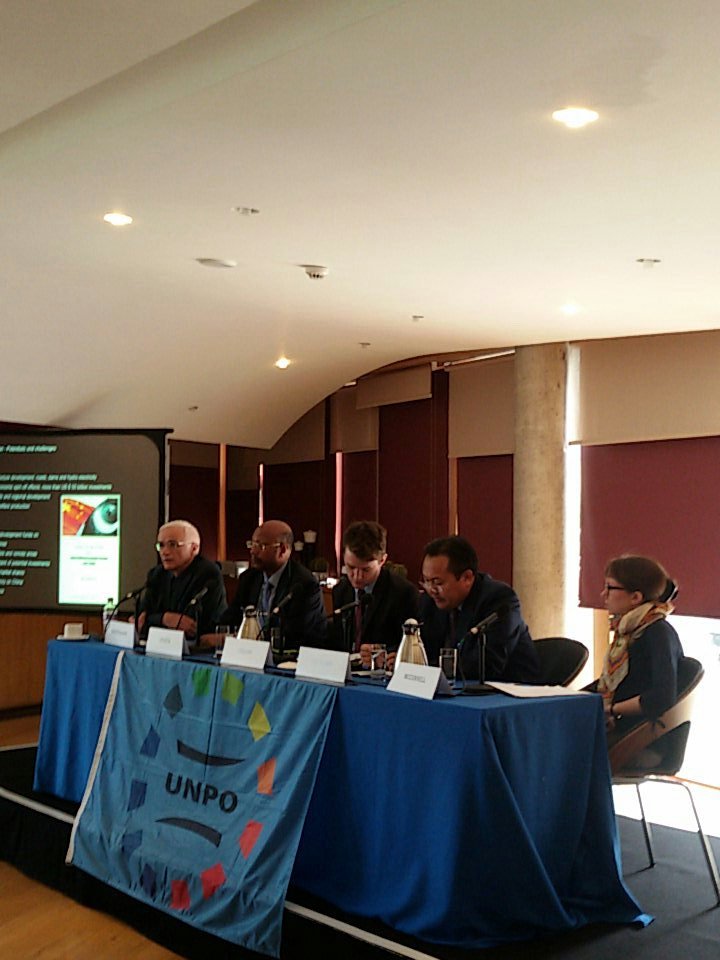 Opening the first panel on “State-sponsored oppression against unrepresented communities” moderated by Third Generation Project Policy Director Bennett Collins, Prof Dr Hermann Kreutzmann, Professor of Human Geography at Freie Universität Berlin, enlightened the audience about the dangers of the China-Pakistan Economic Corridor (CPEC). Mr Enghebatu Togochog, Director of the Southern Mongolian Human Rights and Information Centre, denounced the Chinese plan to resettle nomadic people to assimilate them in the Han Chinese population and eradicate their nomadic lifestyle. He claimed that this plan makes nomadic people homeless and jobless and, above all, constitutes a massive cultural genocide. Then, Dr Shigut Geleta, Deputy Head of Foreign Relations for the Oromo Liberation Front, made note of the Ethiopian government’s oppression of the plethora of peoples in Ethiopia today and the threat to democracy in this increasingly instable country. Lastly, Dr Fiona McConnell, Associate Professor at the University of Oxford, then took the floor to speak about the State repression suffered by minority communities at international decision-making fora and explained that the intimidation of minorities by States prevents them from making their voice be heard at the United Nations. 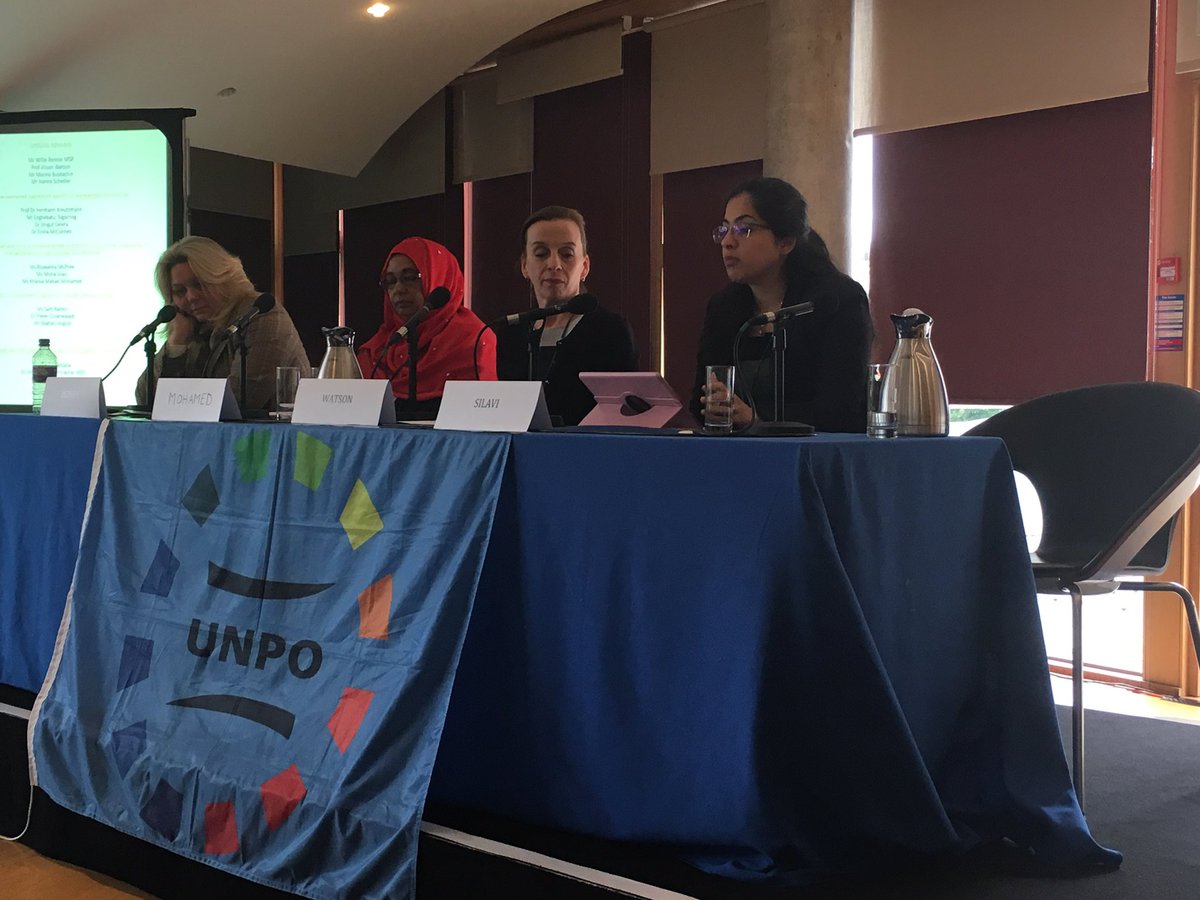 The second panel, moderated by Prof Alison Watson, began with Ms Roseanna McPhee, Human Rights Activist from the Gypsy Travallers Community, who gave a moving account of her experience as a discriminated and stereotyped Gypsy woman. She also described various and intersecting forms of discrimination towards women pertaining to minorities. Ms Mona Silavi, Representative of the Ahwaz Human Rights Organisation in Brussels and Co-founder of Ahwazi women organisation Niprasu, then stressed the importance to legally recognise women’s right to be able to tackle the strong and varied discriminations they are suffering from. Lastly, Ms Khalisa Mahad Mohamed, Human Rights and Women’s Rights Activist from the Ogaden National Liberation Front, explained that, as conflict in Ethiopia intensified, women became the first victims of State-sponsored persecution, finding themselves subject to rape and other forms of sexual violence. Thousands were and are still detained and humiliated in order to terrorise their families and destabilise their communities. 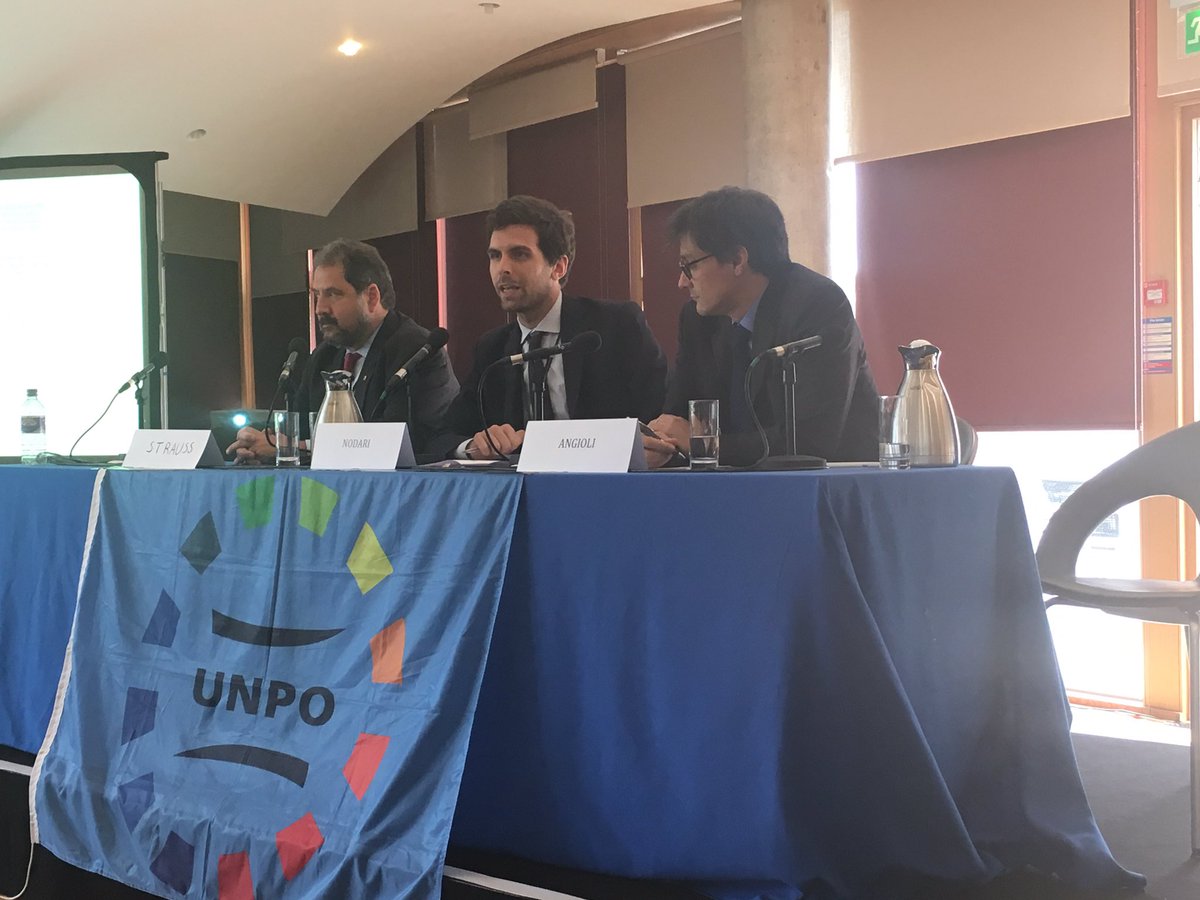 On the third and last panel, moderated by Mr Tommaso Nodari, UNPO Programme Director, Mr Matteo Angioli, Secretary of the Global Committee for the Rule of Law Marco Pannella, claimed that “the rule of law is not in good shape around the world” and expressed the concern of NGOs representatives regarding the rise of authoritarian regimes. To conclude the last panel, Sen. Paul Strauss stressed UNPO’s role in promoting the right for the unrepresented to vote within their constituency, giving the example of the U.S. District of Columbia. 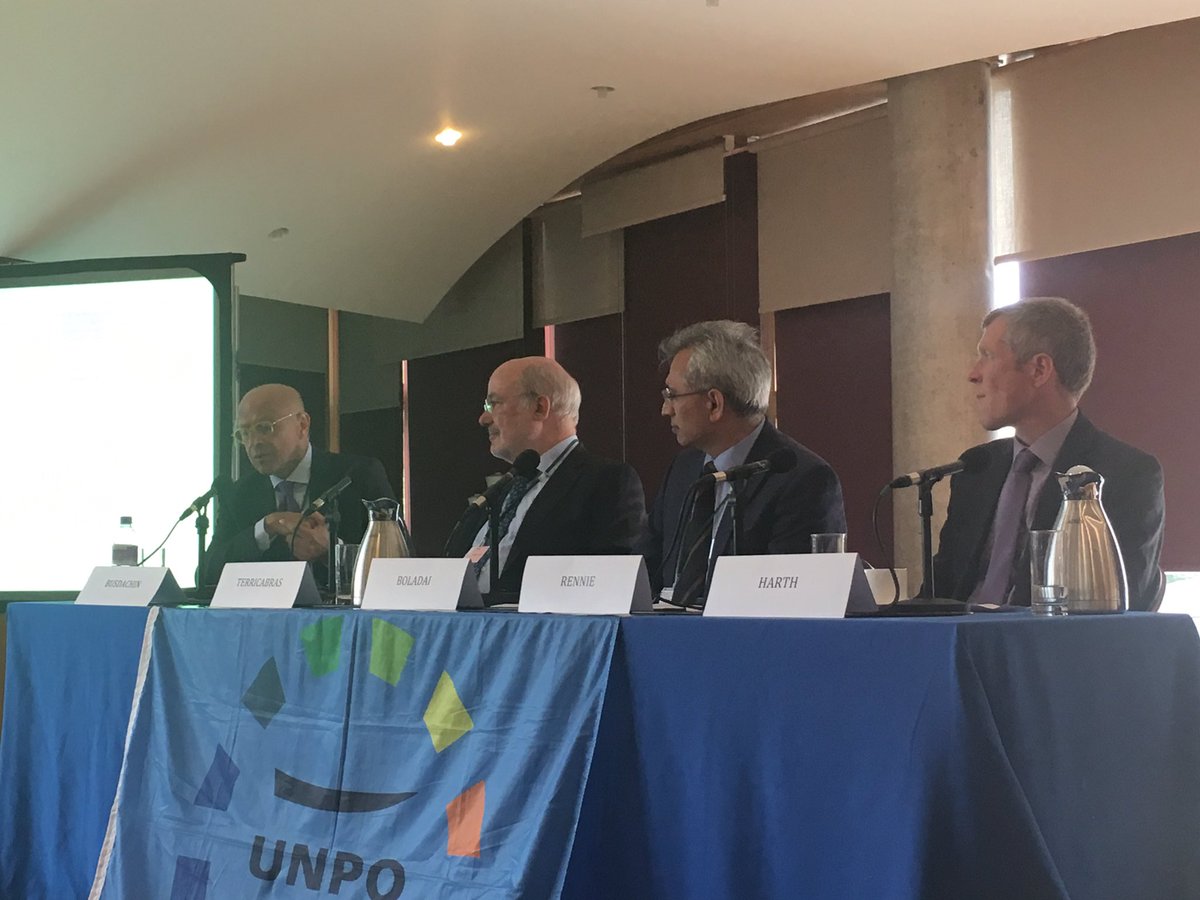 To open the UNPO’s XIII General Assembly, Mr Nasser Boladai, President of UNPO, emphasised that unifying minorities from all over the world makes them stronger, and stressed the necessity of uniting unrepresented peoples. Mr Marino Busdachin then pointed out all the nations that wish to see their right to self-determination fulfilled, and highlighted the need to restore democracy and the rule of law as a universal right. MEP Dr Josep-Maria Terricabras, who is Catalonian, claimed that nations, much like individuals, are constantly changing and therefore must accept the differences that come with change. Then, Ms Laura Harth, United Nations Representation of Nonviolent Radical Party, explained the Radical Party’s guiding principle of nonviolence that dominates the political struggle and detailed the party’s work toward giving a voice to the unrepresented groups who are denied access to the political arena. Lastly, drawing on examples of Catalonia and Scotland, Mr Willie Rennie closed the session by reminding the audience of the importance of distinguishing self-determination and independence.

To watch the conference back watch our live stream: