On 16 May 2017, the Unrepresented Nations and Peoples Organization (UNPO), in collaboration with the prestigious Hudson Institute, convened a conference in Washington, DC, entitled “The Iranian Mosaic: The Struggle of Minorities for Pluralism and Federalism in Iran”. Taking place just days before the 2017 Presidential Election in Iran, the timely event brought together representatives of various Iranian national minorities, who were given the floor to discuss the status of minorities inside the Islamic Republic of Iran, the opportunities their respective group sees for peacefully improving the situation, as well as their vision and hopes for the future, including what practically can be done to promote federalism and pluralism. The nearly 60 participants attending included representatives of the international and US press, policy-makers, as well as researchers and academics. The event’s live stream on Ustream further helped drawing much needed attention to the deteriorating situation of Iran’s beleaguered national minorities.

After welcoming the event’s speakers and participants, the conference’s host, Eric B. Brown, opened the event by pointing out that Iran is an ethno-religious mosaic which includes a variety of minority groups such as Baloch, Ahwazi, Azerbaijani Turks and Kurds. Mr Brown highlighted the fact that the costs of suppressing the Iranian mosaic seem likely to grow as soon – if not already – non-Persian groups make up the majority of Iran’s population, which in turn is part of the explanation for why minority groups have been disproportionately affected by worsening state-sponsored violence and repression in recent years.

Continuing off this point, UNPO President and spokesperson for the Balochistan People’s Party (BPP), Mr Nasser Boladai, drew attention to the fact that the Baloch are one of the groups who have been at the receiving end of the Iranian government’s oppressive policies: “The regime uses any means to make sure that the Baloch society is in distress (…) and, in any way it can, tries to humiliate and harass Baloch people living in Iran”. Mr Boladai also highlighted the fact that the Iranian government systematically uses demographic manipulations to try and make the Baloch a minority within their own region, by giving incentives to Persians to settle in Baloch lands, notably in the strategically important port city of Chabahar.

Mr Mauri Esfandiari, US representative of the Komala Party, opened his statement by elaborating on the history and importance of his party for Kurds in Iran to then give the audience an insight into what Komala’s vision for a peaceful quest for federalism in the Islamic Republic of Iran looks like. He stressed that a change towards federalism would correct two wrongs currently bedevilling Iranian society, the lopsided distribution of socio-economic resources and the state-sanctioned notion of mono-nationality. According to Mr Esfandiari, “federalism is as much about the redistribution of material resources, as it is about the redefinition of identities and roles in contemporary Iran”. US representative of the Democratic Party of Iranian Kurdistan (PDKI), Mr Arash Saleh, reiterated Mr Esfandiari’s statement about diversity not being welcome in today’s Islamic Republic of Iran, pointing out that Iranian Kurds in particular fall victim to extra-judicial executions. 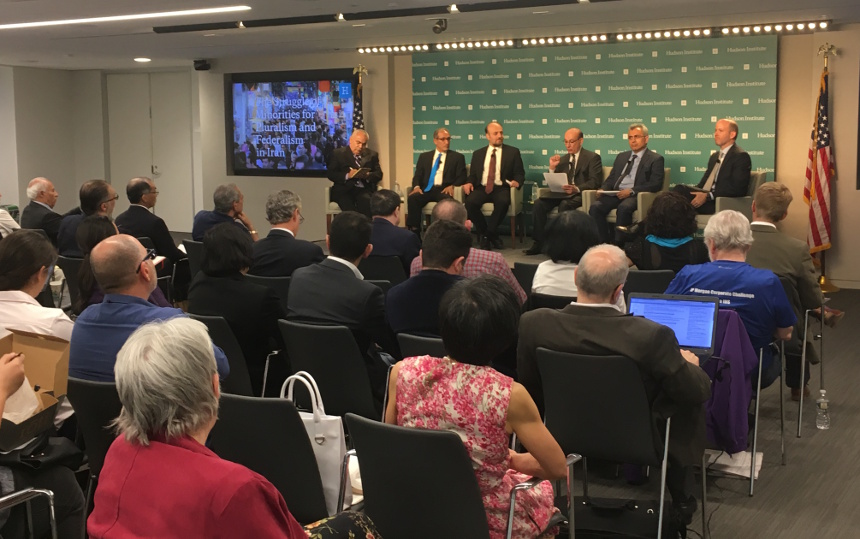 The testimony of Dr Karim Abdian, representing the Democratic Solidarity Party of Alahwaz, highlighted the severity of the situation in Iran, calling it a “looming crisis on the horizon, not unlike the one we see in Syria”. As is the case in other regions, the Ahwaz fall victim to institutional discrimination while the regime systematically manipulates the demography of Arab regions within Iran. Dr Abdian explained that federalism can not only be a tool of crisis management, but, at the same time, a model for managing and leveraging the country’s ethno-religious diversity.

In closing the panel discussion, Mr Habib Azarsina, spokesperson for the South Azerbaijan Alliance, discussed the situation of Azerbaijani Turks in the Islamic Republic of Iran who are affected by cultural, linguistic and economic discrimination. Mr Azarsina drew particular attention to the man-made environmental catastrophe around Lake Urmia, which has already lost more than 90 percent of its original water volume. Caused largely by water mismanagement by central authorities, the gradual destruction of the region’s largest salt lake disproportionately affects the livelihood of Azerbaijani Turks living in the vicinity of the lake. 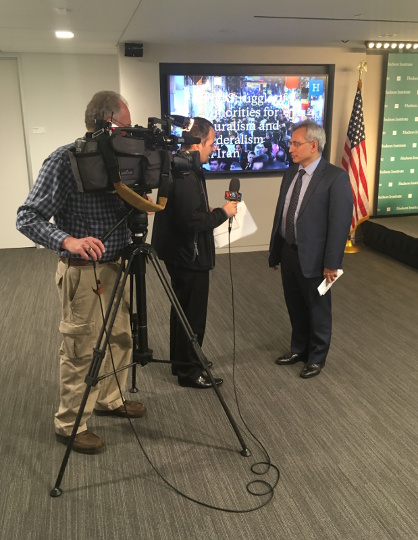 A fruitful discussion with the audience following the official programme brought this important conference to a close and allowed political decision-makers, researchers and academics, as well as representatives from the media to direct questions at the panellists. Later that week, UNPO President Nasser Boladai was given the opportunity to address the points raised during the conference in interviews with Kurdistan 24 and VOA Persian.

Click here to watch the full video recording of the conference.